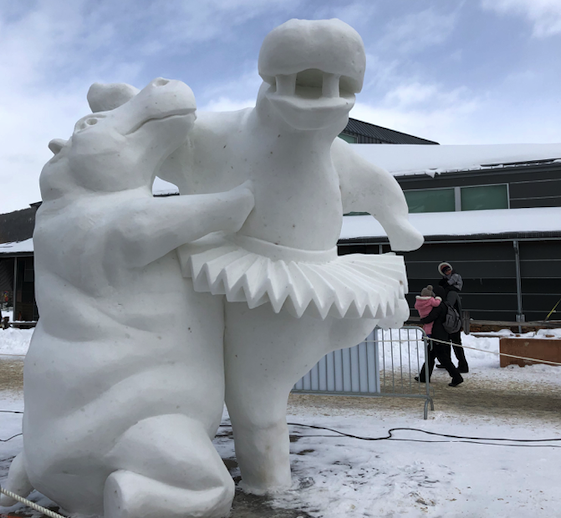 The young Colorado art critics were among the thousands who came to Breckenridge to see the results of the work of 16 teams from around the world that came to this historic mountain town to create enormous snow sculptures.

It’s not easy—the artists, from as far away as Mongolia, China and Japan, worked for three full days and overnight one night to carve 20-tons of snow into huge outdoor works of art.

There is an “Earth Tree’ from Japan’s team—that was Ethan Hammer’s favorite.  Ulr, the Norwegian god of Winter, that was USA Breckenridge’s entry and a favorite of many, including Cherish Buffington, 12, whose extended family drove five hours from Cortez, CO to see the sculptures–and have some fun in the snow (Breckenridge has more than 200 inches of snow this season so far). “These sculptures look like they take months,” she said.  Ulr is accompanied by his dog and seeming to overlook the town and mountains. 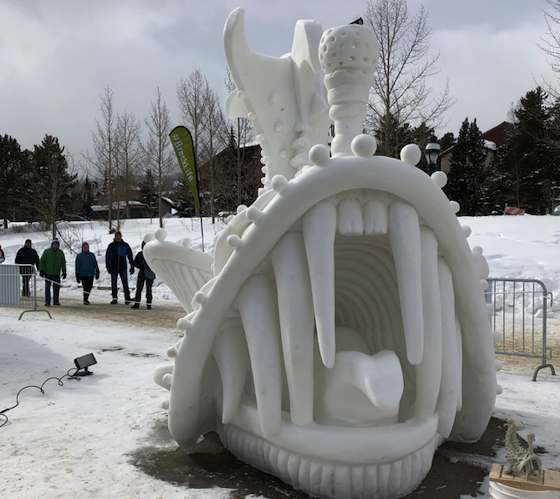 First place went to Team Mexico for its “Cenote Guardian”–an underwater creature who “guards” the famous underwater rivers that were sacred to the Mayans and is a mix of eel, fish and feathered serpent; the huge mouth with forked tongue is complete with large snake fangs. “That was my favorite,” said Alicia Muniz, whose family comes every year from the Denver suburbs to see the displays..

Definitely worth the drive, despite bumper-to-bumper Saturday morning traffic on Interstate 70 west of Denver (typical for ski season; Sunday afternoons are just as bad the other direction), said Alicia’s mom, Angela Muniz. “We make a day of it… and this makes people happy!” 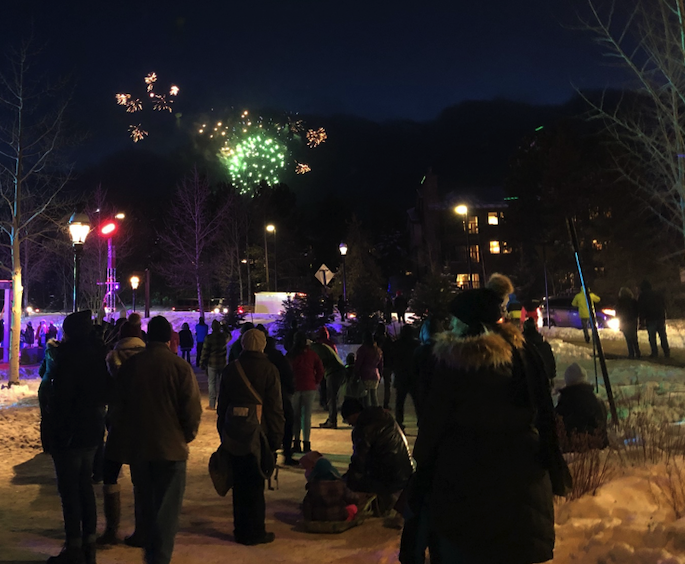 Even if visitors don’t hit the wonderful ski slopes here, they report they are going sledding or shopping in Breckenridge’s many shops, and having a good meal, taking their pick of Vietnamese, gourmet burgers, pizza or pasta… virtually every kind of food you may want to sample.

We are staying at the ski-in, ski out Beaver Run Resort that has everything you want—hot tubs and heated pool, restaurants and grocery store, and even dog friendly. We are going to tear ourselves out of our comfortable digs to see the new fireworks display that have been recycled from last July 4 (when fire danger cancelled the show), complete with a free concert. 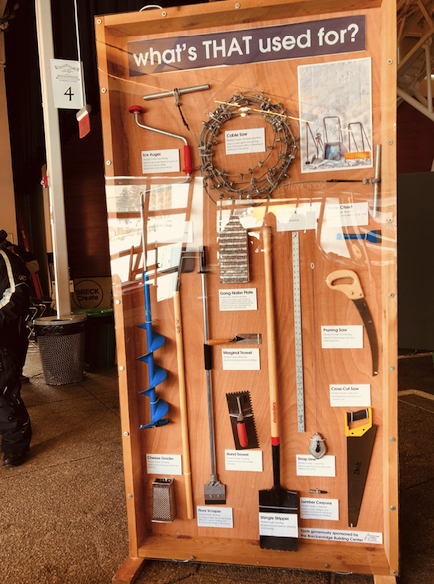 Tools of the snow sculpting trad

The competition is in its 29th year and the International Snow Sculpture Championships wouldn’t be possible without Breckenridge Ski Resort, which provided the high-quality man-made snow and the local volunteers who stomped the snow down to form the 20-ton blocks that the teams used to carve their artworks. Breckenridge Ski Resort has seen more than 14 feet of snow this season, and more today!

“Great fun,” said Diane Hovland, who lives in Minnesota but is here with her daughter and grandchildren who live in Golden, Co. 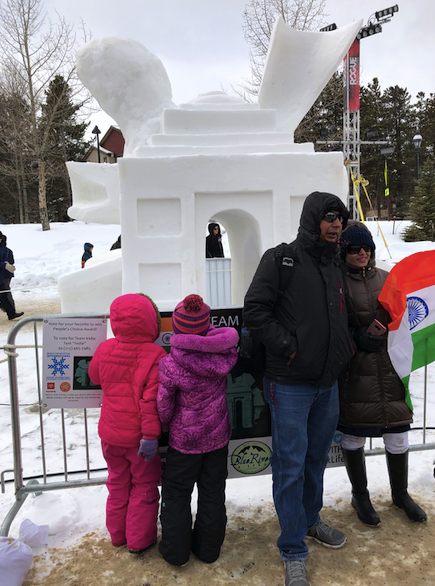 The kids here are sad that the sculptures will be plowed over next week but the reality is the town needs the lot where they are built for more winter events.

“It’s so cool that people take all of this time out of their lives to do this,” so much time and energy said an appreciative  September Carleton, 17, who drove several hours with her family for the day.  “Super cool!”