A week in Hawaii with the girls 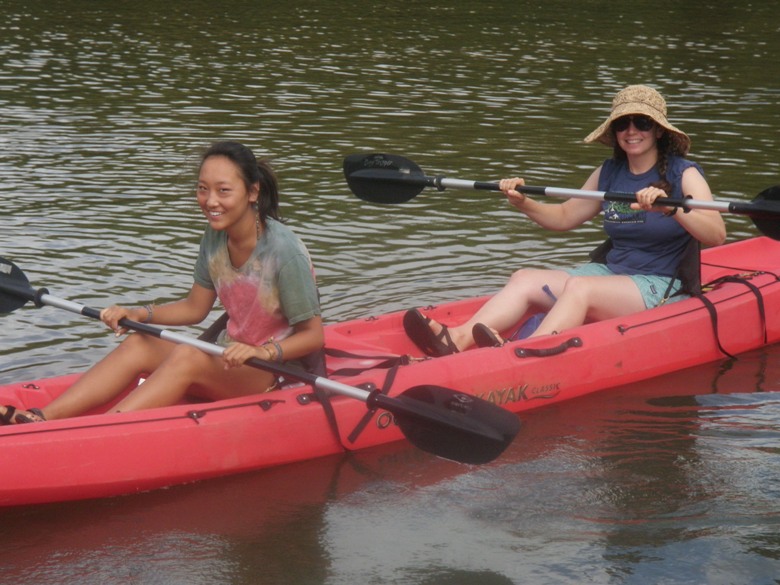 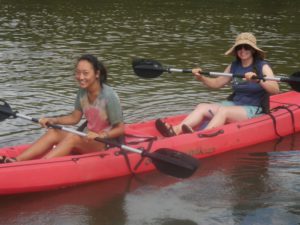 DAY ONE (August 22, 2010) — “There are at least a dozen of them,” the nine year-old says, excitedly peering over the side of the boat at the spinner dolphins putting on a performance, it seems just for us–cresting and diving.

We are in Kauai, having arrived last night after two long flights from the East Coast and we got up early to board a catamaran to tour the Na Pali Coast courtesy of Kauai Sea Tours (www.kauaiseatours.com).

The famous Na Pali Coast is one of Hawaii’s most fabulous attractions and is famous world over. If you don’t want to hike the 22 miles, you can only see it –the cliffs and valleys, sea caves and waterfalls from a helicopter, a boat or a little zodiac that people like for the thrill of it.  If you helicopter over it, you of course won’t see those wonderful dolphins—we saw both bottle nose and spinner dolphins–and sea turtles.

“I’ve never seen a place as beautiful as the Na Palli Coast,” says Julie MacQueen, who is from California and has lived here for eight years, working as crew on our boat “the Lucky Lady.  “It’s the feeling you get—a good vibe and good energy.”

I’m traveling with my two daughters, Reggie and Melanie, my 15-year-old cousin Eva Weinberg, and my best friend, JoAnne Cagen.  It is our last gasp of summer before the girls scatter back across the country to jobs in San Francisco, school in Colorado and Connecticut. The trip is especially poignant for JoAnne, who had always hoped to visit here to golf with her husband. Sadly, he died before they could make the trip and I persuaded her to come with us.

Girls’ trips are fun but I’m still worried about everyone’s comfort and happiness. “Just relax,” my daughters tell me. “Stop stressing!”  I can’t think of a better place to de-stress than the Island of Kauai with its two-lane roads, one-lane bridges, lush greenery, beautiful flowers and of course, the ocean as well as soaring cliffs. Kauai is home to Waimea Canyon, called the Grand Canyon of the Pacific.

On our sail up the Coast, we pass kayakers making their way in some of the caves and campers on stretches of deserted beach where monk seals lay sunning themselves. On the boat are tourists from all over—from Florida to Oahu, including a gaggle of kids who love doing cannon balls off the side of the boat and of course watching the dolphins and sea turtles swimming alongside.  We also get the chance to snorkel, though we don’t see as much sea life as we’d hoped.

Tara Dunn is here from Georgia celebrating her dad’s 70th birthday with her extended family including her nine year old son and niece and nephew. “It’s definitely worth the long trip,” she says. “It is so beautiful and the kids did fine on the plane.”

Our captain Greg Ellsworth, who is from Alaska, tells us that ancient Hawaiians lived here and if we went ashore in a raft, we would see remnants of that ancient community.

We’re served fresh banana bread and fruit for breakfast, cold cut sandwiches for lunch, and then as many drinks as  we like for the cruise back.

A word to the wise:  As terrific as the trip was, several of the 48 folks on board got seasick.  I’d given my girls some meds ahead, and even so, one didn’t feel well.  “I don’t know if it’s worth it, even though it is so beautiful,” said Reggie.  If folks in your gang are really prone to seasickness, you might want to opt for another adventure instead.

The expansive resort—a great central location for exploring the island–has just undergone a $50 million renovation and it shows—everywhere from the rooms to the new kids’ pool to sushi restaurant.

Each room has a mini fridge which is very nice to avoid ordering room service every time the girls want a snack or a drink.  Resorts are great with all their bells and whistles. We were treated to a private dinner under one of the gazebos overlooking a pool (great for a celebration or proposal and easily arranged), but you also have to be careful so you aren’t surprised by the bill when you check out!

The hardest part: Deciding what we want to do on this island with adventures at every turn. Hike in a canyon or volunteer at a garden, laze on the beach or take a surf lesson, Kayak, sail, or tube…(www.kauaidiscovery.com)

That’s after we get over the jet lag.