Adventures by Disney Takes to the Seas 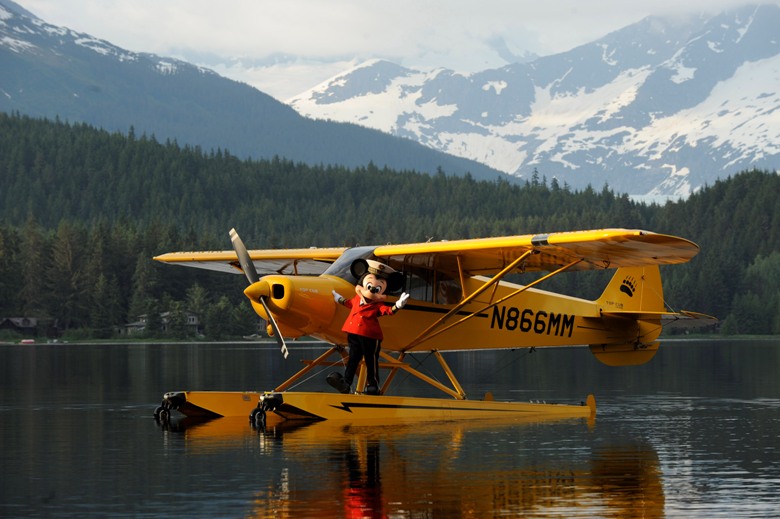 The Gladiators are really going at it!

In Rome’s ancient Coliseum, everyone watches the battle, but these gladiators won’t fight to the death, thank goodness. They’re not slaves or prisoners of war.

They’re the kids whose parents have signed on for Adventures by Disney (www.adventuresbydisney.com) onboard a Disney cruise ship. Disney’s unique, guided, land-based tours successfully offer families the chance to explore far-flung destinations from Italy to Africa to Yellowstone National Park with itineraries that de-stress the experience for parents while offering activities guaranteed to please the kids. Now Adventures by Disney has brought the concept onboard some Disney cruises (www.disneycruise.com) in the Mediterranean and this coming summer, Alaska, with special tours off the ship, as well as unique opportunities onboard (wine-pairing dinners for the adults, animation lessons with Pinocchio for kids).

In 2011, there will also be the option for a special three-day, pre-cruise “adventure” at the port of embarkation like Vancouver or Barcelona where Disney promises that families will be treated to experiences they would have been hard-pressed to book on their own.

Most cruise lines have concierge or VIP services and you can certainly book private tours wherever you go. But Adventures by Disney is different. It’s traveling with strangers who quickly become extended family, who explore differently than other shore excursions (belly dancing in Tunisia or a photo op with Napoleon in Corsica) and share meals on and off the ship. Let’s not forget the special gifts wherever we go. (The belly dancing skirts were an especially big hit.)

On one Mediterranean sailing aboard the Disney Magic last summer, there were 13 families, including three grandparents and three couples without kids (yes the Disney Cruise Line has many adult fans) being treated to more intimate excursions, quick access to sites with long lines like the Sistine Chapel and the Coliseum and a lot of handholding from our two veteran guides, 28-year-old Courtney Robicheaux and 34-year-old Jennae Campeau who between them have more than 20 years of Disney experience. Jennae guided the first Adventures by Disney trip more than five years ago.

The guides sweat the details and always have a joke and snack ready for the kids. They make sure you get those vacation photos too, cajoling the kids to pose. With Adventures by Disney, there’s no agonizing about which of the scores of shore excursions to choose because everything is prearranged. “All you have to do is show up and enjoy the day,” explains Mickey Davis, who was traveling with her husband Ned and sons Dylan, 9, and Connor, 7.

This makes traveling with kids in Europe, and now in Alaska, a lot less stressful and a lot more fun — albeit at a steep price ($2,299 for adults, $2,069 for kids), in addition to the cruise price. The price, though, does include not only the shore excursions and meals off the ship but extras like photos and onboard tips, which can add up.

The families I met aboard the Magic think the price is money well spent. “I did the math,” said Lori Degliantoni, from Northern California, traveling with two teenage nieces. “This was better financially when you figured in all the shore excursions, the tips and the extras.” Besides, she added, “It is a lot easier for me. The girls haven’t been to Europe before and I wanted to do as much as I could.”

Then there are the friendships forged over lunches and dinners, walking around Rome, touring a palace in Monaco or having lunch at a farm in Italy. Nick Carpenter, 10, who lives in China has bonded with 10-year-old Hunter Ayyad from San Diego and Dylan Davis from Florida. “It will be an added bonus to go home having made friends from around the world,” said Mickey, Dylan’s mom.

For Shelley Morley, traveling with her husband, three daughters and father, the clincher was being able to avoid lines. “It is Nordstrom, rather than Target,” she said, adding that her elderly dad couldn’t wait in line for two hours in the heat anymore than her three kids could. “There is a lot at stake,” when you don’t want to waste precious and expensive vacation time.

Another plus to touring with Adventures by Disney is the presence of local guides who speak English and interpret the environs in a way that make them interesting to everyone. I’ve been on plenty of tours where that isn’t the case. Did the gladiators really fight to the death? (Yes!) How long did it take Michelangelo to paint the ceiling of the Sistine chapel? (Four years.)

In addition, we get the 411 on everything from where to find gelato to where to find the bathrooms — much appreciated with young children in the mix. The guides think of everything —toting snacks in their backpacks, even giving us postcards with the special Vatican stamps so we don’t have to stand in line to get them.

Some might turn up their noses at such handholding and not being able to choose their own itinerary. Others might not like spending their vacation with companions not of their choosing. But if you can afford it, aren’t familiar with the locale, and want to keep your kids happy (those “only” children in the group were especially thrilled not to be spending all their time off the ship with mom and dad), the concept works, no matter what the kids’ ages.

In this group, there were kids as young as four and as old as 18 — 21 kids in all — and I was impressed that the guides managed to keep them all happy — most of the time anyway. Even when 4-year-old Elle Zais, the youngest in our group, had a meltdown at the Coliseum, our guide Courtney Robicheaux gets her smiling again and then the older girls in the group took over entertaining her.

“This is absolutely grandparent heaven,” observed Elle’s grandmother Janet Gilmore, from Texas, adding the trip with her two young granddaughters was made so much easier by the teens and tweens who amused the girls wherever we went.

Parents watched each other’s kids; the kids formed bonds because they saw the same faces at dinner and on every excursion and at every onboard activity.

That’s probably why the kids were still smiling and laughing — though exhausted — at the end of a long day touring a very warm Rome. (The day started with a 1-1/2-hour bus ride from the port of Civitavecchia, a visit to the Sistine Chapel, St Peter’s Basilica, the Spanish Steppes and finally the “battle” at the Coliseum.)

“The sites will always be there,” explained guide Jennae Campeau. “We want to create the powerful experiences that will make you remember visiting them.”

I don’t think any of the boys and girls “fighting” each other at the Coliseum on a hot summer afternoon will have trouble remembering. Besides, they’ll have the photos — courtesy of our guides, of course — to help.

For more on Eileen’s cruise to the Med and Adventures by Disney, read her travel diaries