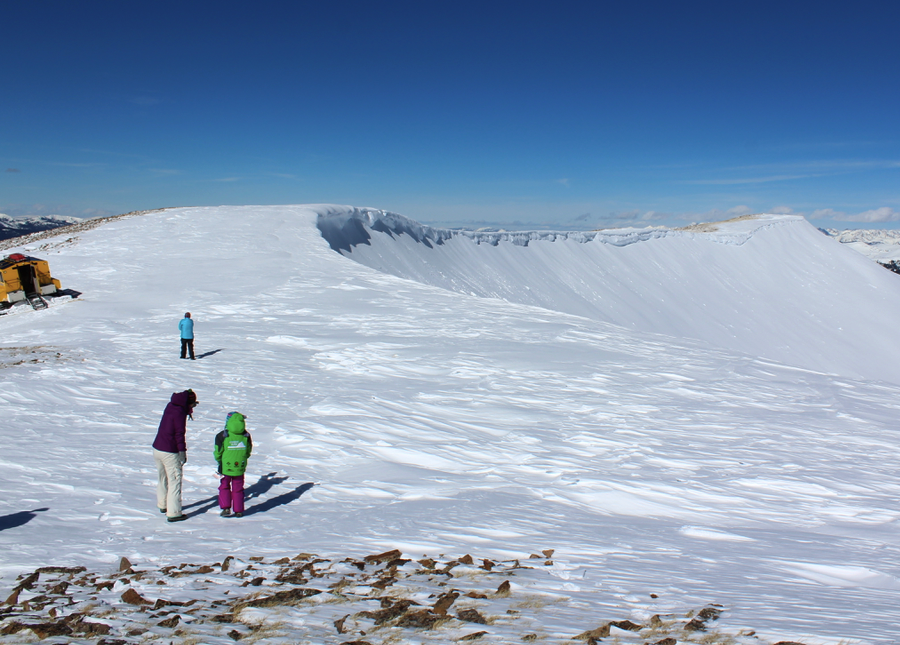 LEADVILLE, CO (DAY TWO) — Where is everyone?

It feels as if I have the entire mountain with its fresh snow all to myself—and it’s Saturday.

“It feels safe… no one can get lost,” said Brian Safigan, who drove two and a half hours with his 10 year old here son to get here. “The Kids love it. And it’s a great value.

That’s an understatement. Adult lift tickets are just $52—as compared to $180 at Vail. Kids lift tickets up to age 15 are just $32; kids five and under ski free. Lessons are considerably cheaper too. Consider that a family of four can ski here for less than what one person might pay at Vail. 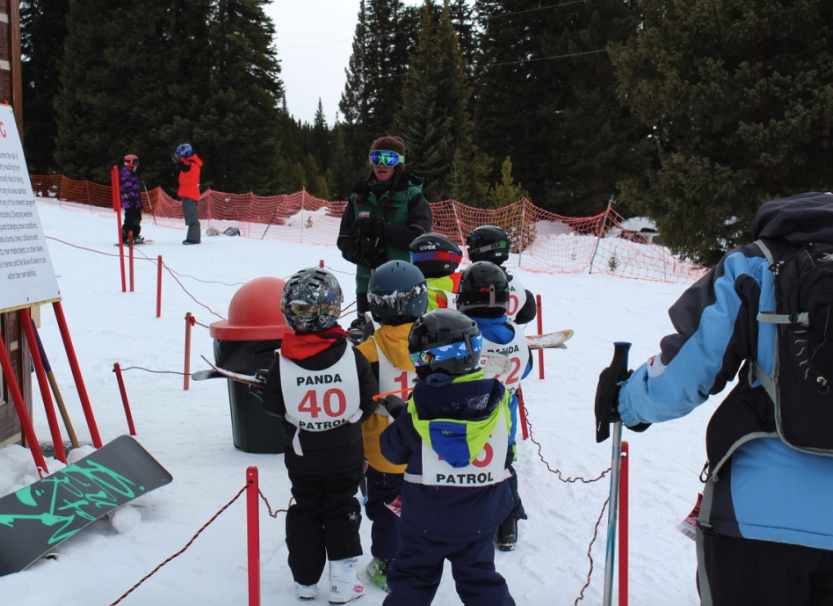 Ski school class at the lift in Ski Cooper

“There are no lines…it’s affordable and a family friendly,” said Serge Francci, who had driven two hours from Bailey CO with his two kids aged 10 and four. “You get in more runs because there aren’t any lines,” he said.

Welcome to Ski Cooper, just outside of Leadville with 39 trails and four lifts spanning 400 lift-served acres. The base is at 10,500 feet; the summit at 11,700 feet. This is where the 10th Mountain Division trained during World War II; after the war, the ski area was taken over by Lake County, which makes it different from most ski resorts, as it is a non-profit.

Because the resort is at such high altitude, there is no need to make snow artificially.

The resort boasts the longest “magic carpet” — 800 feet — in the state that tows beginners up a very gentle learning slope. Expert skiers, if conditions permit, can go “Cat Skiing” — where you are taken up the mountain via a snow cat. A the top of the Continental Divide on Chicago Ridge are 2,600 acres of open bowls, glades and spectacular views. The skiers typically get 8-12 runs. It is among the cheapest guided experiences in the industry ($349 per person). “If you can ski a black diamond at a major resort, you can handle the snow cat experience,” says Gene Bartzen who is guiding our tour and often guides the snow cat ski tours. That includes kids, some younger than 10, he said. 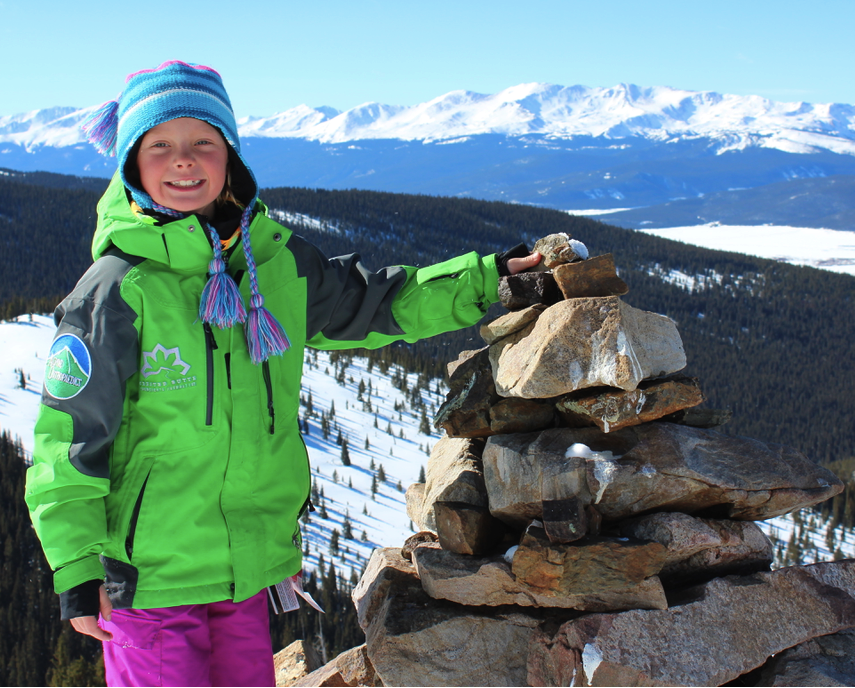 On a blue sky day, we opt for a morning snow cat tour of Chicago Ridge, where the Snow cat skiing experiences are with spectacular views of Colorado’s snow-covered peaks—Mt. Elbert, the highest mountain in Colorado, and the Maroon Bells in Aspen. The altitude is 12,600-12,800 feet. “Awesome great,” declares Hazel Barker, 8, from Gunnison, CO here with her mom and younger brother for the weekend.

Whenever we stop, she makes angel after angel in the fresh snow high above the ski area. “I’ve never ridden in a snow cat,” she says. “Fun!” after she gets to sit in the front seat.

Ski Cooper is just a half hour from some of Colorado’s biggest resorts, including Vail and Breckenridge, but where Cooper might have just 1,000 skiers on a busy weekend day, Vail might have 20,000 and Breckenridge even more, said Patrick Torsell, the mountain’s marketing director. He noted they are seeing more skiers who might be staying in Vail or Dillon, closer to the major resorts, but come here seeking something different — a change of pace and a more laid back experience. 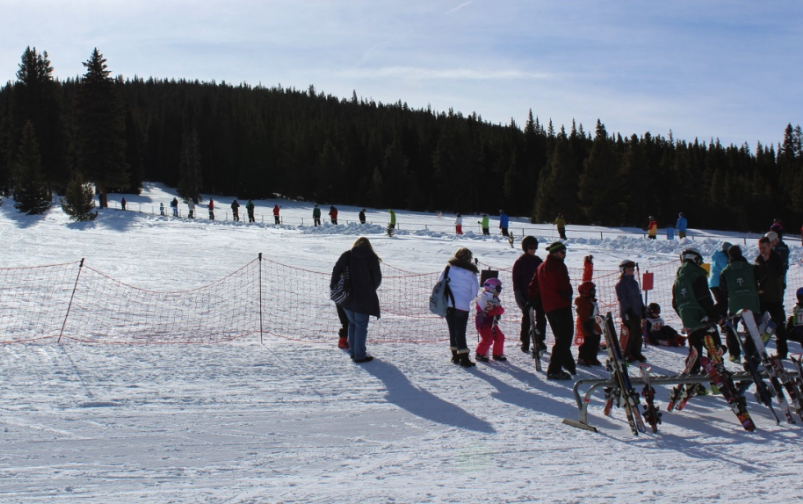 “We only tell our nearest and dearest friends,” laughed Amanda Arguello, a Denver interior designer and mom of a four and six year old. She explained that though she and her husband, Cazes Martin, actually have a place in Vail, they’ve opted for enrolling six-year-old Finley in ski school here for the season. “We love how relaxing it is,” she explained in the lodge, where families were eating lunch, many chowing down on sandwiches they’d brought from home.

There is no charge for parking and, she explained, “We are in the mindset of families that are doing this for fun as compared to being really aggressive, thinking they are raising future Olympians.”

The ski school classes are smaller and the beginner area is just for beginners—no skiers or snowboarders whizzing by those just learning. The casual slopeside lodge with its picnic tables makes it easy for one parent to take a few runs while the other watches their four year old.

Decidedly old school—in a good way, families here say. “Everyone is really nice and kids learn a lot more because the groups are smaller,” said Heather Ford, whose 14 year old participates in one of the mountain’s popular kids’ racing programs. “You get a much better experience.”

“A well kept secret,” Arguello said. “We hope it stays that way.”