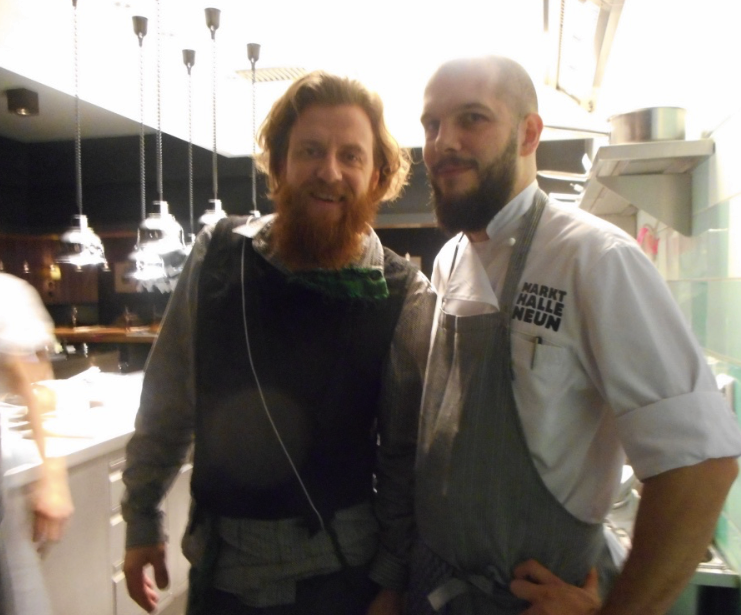 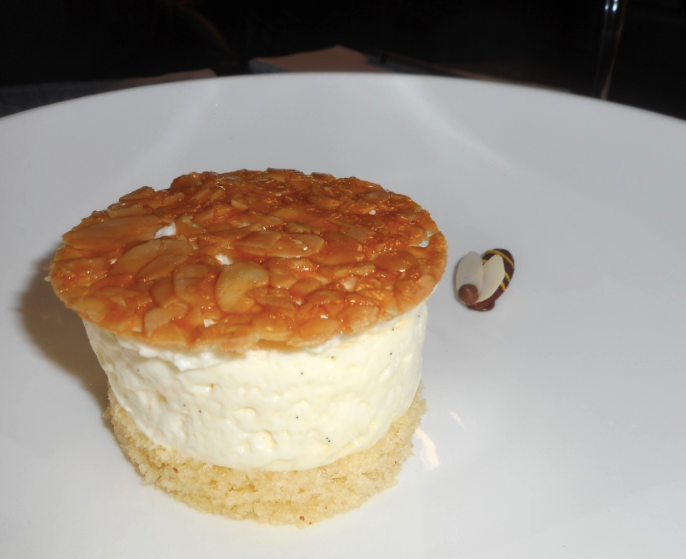 BERLIN (DAY 3) — The meatballs don’t taste like any I’ve ever had.

These are konigsberger klopse, traditional German meatballs served with mashed potatoes and beetroot.

Kids as well as adults coming to the Michelin-starred la Soupe Populaire order these—they were served to President Obama and the First Lady on a visit to Germany and today “everyone wants the Obama menu,” says Michael Jaeger, chef at the 15-table restaurant. It’s so popular that you need to make a dinner reservation more than a month in advance.

The restaurant is in Botzow, which once housed Germany’s largest brewery and was a derelict building in East Berlin during the Cold War. German magnate Hans Georg Nader bought the entire complex with the aim of turning it into a showcase for art exhibitions, the restaurant, a bar named Le Croco Bleu and eventually, a place where para-olympians can train. Nader’s company, Otto Bock, is the largest manufacturer of for prosthetics in the world.

The concept for the restaurant is to present traditional dishes of top quality at a price that’s affordable. The meatballs dish was 18 euros; the traditional poached egg served with mustard foam and topped char caviar is 11 euros and the popular bee sting cake, complete with tiny chocolate bee (kind of an almond cookie sandwich with apricot and cream) is 9 Euros. These days, with the dollar and euro nearly at par value, that’s a good deal for a gourmet restaurant. 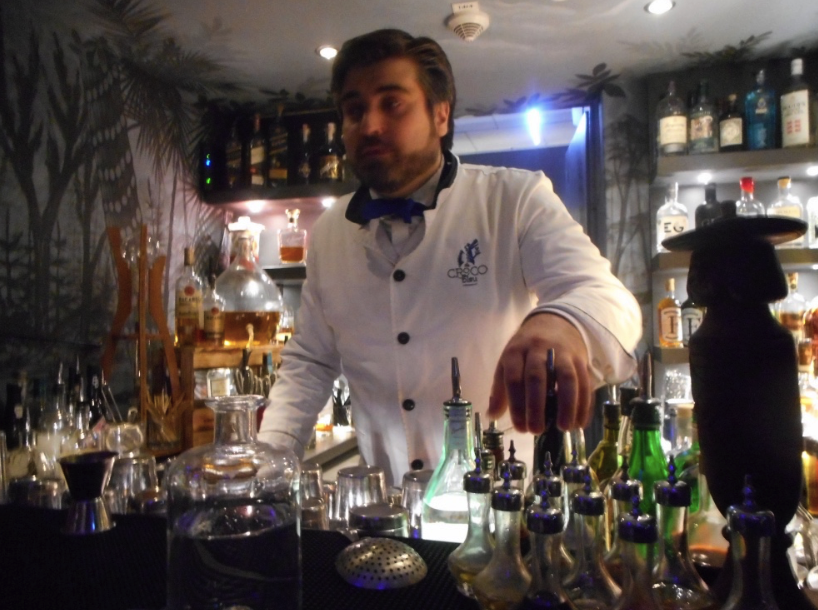 He noted that the restaurant—though in an out of the way spot—is so popular that it draws 60 per cent of its guests from outside Berlin. “The idea is also that the food fits the art, he explained.

Berlin cuisine is a mixture of a lot of cultural styles—the Croco Blue bar has gained its own following for its portfolio of old and rare spirits – they have more than 130 gins and 35 whiskeys—and for serving a bite that will go with the food along with fruit flavored sake, and gin and tequila they have crafted themselves. It’s a fun place to hang out.

The menu changes seasonally. My favorite—desert, especially the bee sting cake!  It’s one sign of the growing and changing restaurant scene here.

In the central area of Berlin, near the Cold War Checkpoint Chrlie, Billy Wagner laments that when foreigners think of Germany, they don’t think about food—beyond wurst and beer. That’s not to say you can’t get a good meal—you can, the young restaurateur says, but it’s likely to be the kind of food you might find in any major city.

His Nobelhart & Schmutzig—less than a year old and recently awarded its first Michelin star—aims to change that—and the way people enjoy their meal.

First, most guests at the 28-seat restaurant sit at a counter surrounding the kitchen area, watching the chefs prepare their meals. They are encouraged to turn off their phones so they can focus on the food and each other, Wagner said.

The other thing that makes this restaurant—chef Micha Schaefer at the helm—is that everything, including herbs and spices is local. “It’s a challenge,” Schaefer said.

“This is new,” said Wagner, “We focus exclusively on the region of Berlin.” That means there is nothing with chocolate or cayenne pepper for example, and no citrus fruit because none of that grows or is made in the area. “I don’t miss anything Schaefer said. “It is about finding things.”

Everyone eats the same 10-course menu — small courses reminiscent of Japanese Kaiseki cuisine ($80 Euros), which can be paired with wines and beers. The atmosphere is convivial as counter mates begin conversations. Some people come solo, Schaefer and Wagner said, joking they’d like to know what happened to the young man and woman who met here and left together after dinner. The crowd tends to be young, well heeled and sophisticated.

Schaefer said he tries to change a couple of dishes every week so that the menu changes monthly. The food is simply and artfully prepared. Think of butter on the fresh baked bread from raw cream delivered from a local farmer. Brussel sprouts are sautéed in the same butter and served in a veal broth. A tiny piece of fallow deer is presented on a plate with a small dollop of mashed potatoes. There’s cabbage soup. We weren’t full because the portions were small and there were no heavy sauces.

“The story is really not how the food is prepared,” said Schaefer, “It is really how we get the products.” I wish I was going to be here in January when they will serve some of the pickled vegetables from last spring.

“It is important to have a focus on Berlin,” said Wagner. “When you come to Berlin, you don’t think of food right away…you think of soccer, beer. We want people to think of Germany as a food destination.”

With these two restaurants, they certainly will.