Celebrating Harry Potter in Britain on his 20th anniversary 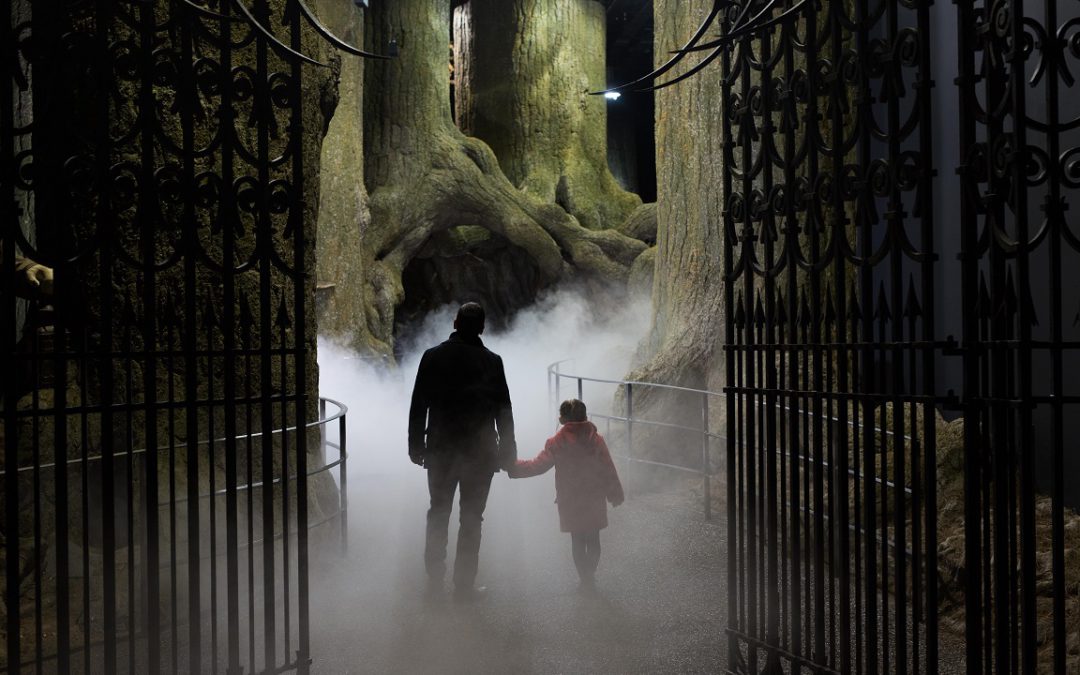 Harry, has it really been 20 years?

Yes, it’s been that long since we met you and Hermione Granger, Ron Weasley and your professors at Hogwarts School of Witchcraft and Wizardry in J.K. Rowling’s book “Harry Potter and the Philosopher’s Stone.” Twenty years since anxious readers waited in line at midnight for your next adventure and dressed as you for Halloween.

That first book was released on June 29, 1997 and was followed by six others, an eight-part film series, a play, “Harry Potter and the Cursed Child,” also published as a script, and two Wizarding Worlds at Universal Studios in Orlando and Hollywood. The series is considered the bestselling in history.

So it’s no surprise that Britain is planning a lot of celebrations in Harry’s name. The good news for all of the fans on this side of the pond: It’s an excellent time to visit London and beyond, post-Brexit (Britain’s vote to leave the European Union), the dollar is the strongest it’s been against the British pound in many years (one U.S. dollar equals about 1.25 British pounds, down from 1.6 a year ago), which means your money will go farther.

NOTE: If the recent London terror attack gives you pause about visiting, perhaps think again. For one thing, security is always enhanced after an attack, which  can happen anywhere. But more important, we should take a page from British Prime Minister Theresa May who said after the horrific attack: “Any attempt to defeat our values through violence and terror is doomed to failure.”

Right now, an American family of four could save at least $140 a day as a result of the weakened pound for hotels, tickets to a major attraction and even a West End Show, according to calculations from VisitLondon.com.

At the same time, you might be able to score a discount fare. For example, British Air has some round-trip, seven-day fares to London starting at $473 from New York and just over $600 from Los Angeles. (Visit www.BritishAirways.com and click on “find our cheapest fares.”)

Discount carrier Norwegian Air will be flying from three smaller U.S. airports (Stewart International, about 65 miles north of Manhattan, Bradley International in Connecticut and T.F. Green Airport in Rhode Island. Some one-way fares are as low as $169.

Guided tours in London will take you around familiar Harry Potter film locations, either by foot, boat or bus. Brit Movie Tour, London Walks and Discovery Walks of London, but you can also design your own Harry Potter tour, letting the kids lead the way, magic wands in hand.

Stay at the Georgian House in Pimlico for a Wizarding Chamber hotel experience. The room is concealed behind a bookcase door in the 19th-century hotel and has cauldrons in the fireplace and stained glass windows. 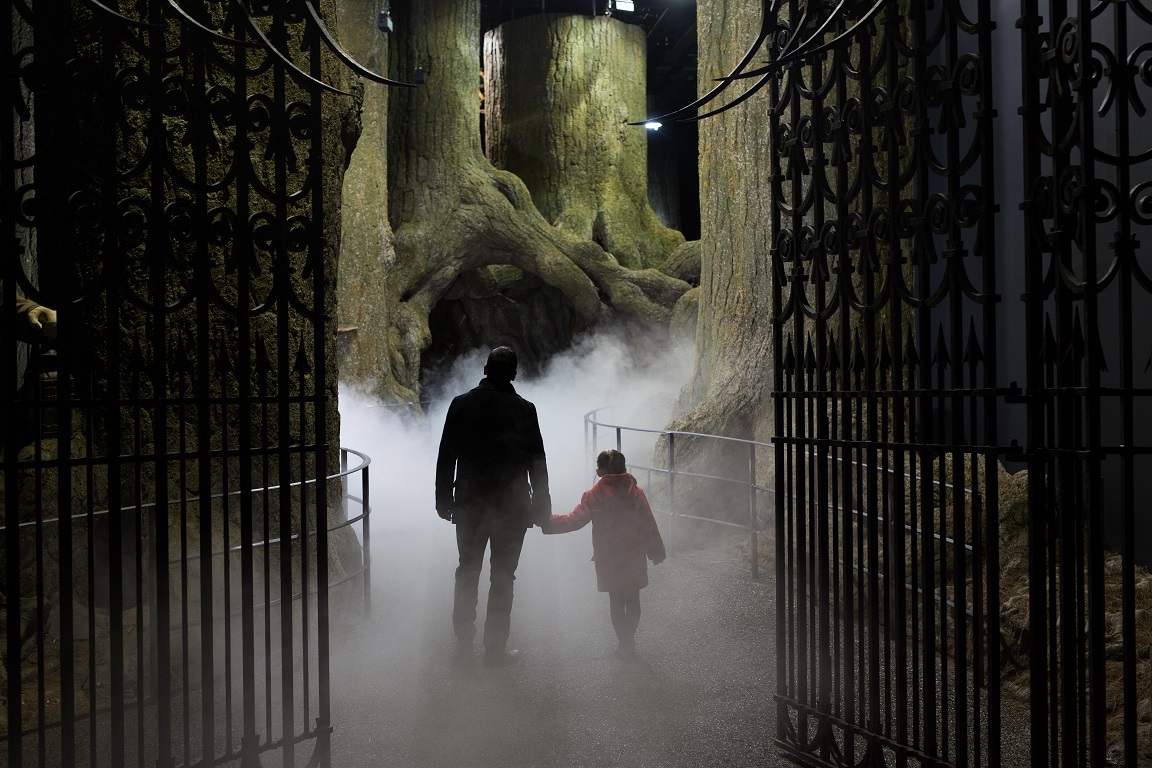 First on a Potter fan’s list must sure be the chance to go behind the scenes of the Harry Potter films outside London at the Warner Bros. Studio Tour London – The Making of Harry Potter. I met families from around the world, who came to London specifically for this tour!

Opening in time for Easter, a new permanent expansion at the Warner Bros. Studio Tour was created by members of the design and construction crew who worked on the original Harry Potter film sets. Step over the twisting roots of 19 giant trees, come face-to-face with Aragog the Acromantula and take control of the weather in the mysterious forest. Another “Wizarding Wardrobes” exhibit will be open this summer. (Some hotels, like The Grove, have packages that include the Warner Brothers Studio Tour.)

You will also want to:

— Take Bridge Selfies. Tour the Tower Bridge Exhibition. In “The Order of the Phoenix,” Harry flies along the Thames and over Tower Bridge on his Broomstick. (Check out the glass floor for an amazing view!) Lambeth Bridge is where the Knight Bus squeezes between two oncoming double-decker buses in “Harry Potter and the Prisoner of Azkaban.” Walk across the pedestrian-only London Millennium Bridge. “Harry Potter and the Half-Blood Prince” opens with the bridge collapsing.

— Platform 9-3/4 at King’s Cross Station is where the Hogwarts Express departs. Platforms four and five were used for filming and, today, there’s a photo app that lets you push a trolley through the wall marked Platform 9-3/4, and there’s also the Harry Potter Shop, built to resemble Ollivander’s wand emporium.

— Leadenhall Market, the covered Victorian market in the City of London with cafes and entertainment, was used for Diagon Alley. Look for the blue door of the opticians in Bull’s Head Passage — it was the entrance to the Leaky Cauldron.

— Piccadilly Circus, one of London’s busiest and most iconic squares, is where Harry, Ron and Hermione run when they flee the wedding of Ron’s brother, the Death Eaters hunting them.

— The outside of St. Pancras International Station is where Harry boards the Hogwarts Express; Harry and Ron park the Weasley’s Ford Anglia in the courtyard in the “Chamber of Secrets” and later fly over the station.

The London Zoo Reptile House is where Harry first discovers his gift for talking with snakes in “Harry Potter and the Philosopher’s Stone.” It’s home to more than 650 different species.

The Westminster Tube station was one of the main locations used by Harry in “The Order of the Phoenix.”

— Surround yourself with original artwork and props from the “Harry Potter” and “Fantastic Beasts” movies at a free exhibit at the House of MinaLima. Miraphora Mina and Eduardo Lima were the designers behind “Harry Potter and Fantastic Beasts and Where to Find Them” movie artwork.