Five budget-minded tips for celebrating the Fourth of July 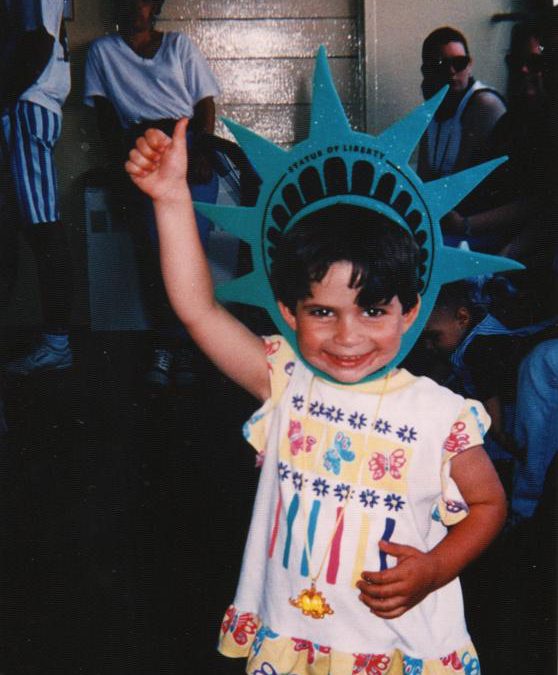 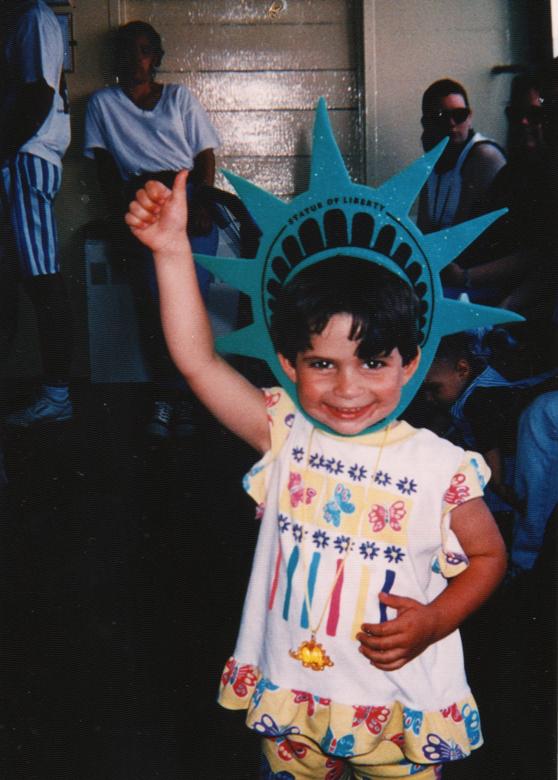 Little Mel as Miss Liberty in 1995

Which party are you going to?

We’re talking about the nation’s birthday parties, of course, across the country on July 4th weekend where everyone will be slurping ice cream cones, waving flags and having a good time — hopefully. If you want to do more than attend — or host — a BBQ in your backyard, you certainly have your pick.

No worries either if you haven’t booked ahead. This seems to be the season of last-minute getaways, no matter where you want to go or what you want to do. You are likely to get a good deal too.  And if you aren’t happy with the rate, don’t be shy about asking for a better one.  Look for packages that include free nights, resort credits and even a gas card.)

Here are five picks guaranteed to please without busting the budget:

MEET BEN FRANKLIN AND BETSY ROSS in Philadelphia, where you’ll find costumed History Makers and storytellers’ stations all around what’s billed as America’s most historic mile, thanks to the non-profit Historic Philadelphia.  Meet Ben Franklin or Betsy Ross exactly where they lived and worked. It won’t cost you anything to have the kids join the Continental Army or to hobnob with the History Makers or hear their stories.  Independence National Historic Park is of course where you can see the Liberty Bell,  and Independence Hall,  among other places,  And this summer, as the nation commemorates the 150th anniversary of the  start of the Civil War, there are also Civil War era stories (hear the tale of Henry “Box” Brown who literally mailed himself to freedom  in 1849 from Virginia to Pennsylvania in a big box); History Makers (and special exhibits—like Rally ‘Round the Flag about the Civil War color bearers and the flags they carried  at the Betsy Ross House. (Visit July Fourth weekend and there will be an entire weekend of Civil War activities as well as the city’s Wawa Welcome America! festival.)

COMMUNE WITH NATURE in a National Park where you can take a hike, camp out, or simply get moving. Let’s Move Outside Junior Ranger is part of First Lady Michelle Obama’s nationwide Let’s Move campaign to end childhood obesity–encourages kids and their families to engage in outdoor activity that gets hearts pumping and bodies moving.  Whether your prefer a 20-mile backcountry hike in Grand Teton National Park, a stroll around the rim of the Grand Canyon , Valley Forge or touring a historic city site  you are guaranteed to have a memorable 4th.  Consider a less-visited national park, like Mesa Verde in Colorado,  where you can climb around the ancient cliff dwellings or Lassen Volcanic National Park  in California with steaming hot springs and an active volcano or one of my family’s favorites, Glacier National Park in Montana with glacial lakes, hundreds of miles of hiking trails and some 200 waterfalls.

HIT THE BEACH — someplace you haven’t been. Try Amelia Island, FL for example — 13 miles long, 2 miles wide, population just 12,000. It’s different than anywhere else, locals promise, and long a favorite with vacationing families from Georgia and South Florida. Other families discovered Amelia Island last summer in the wake of the Gulf oil spill. Direct flights also make it a different kind of Florida getaway for those looking for something other than theme parks or Miami glitz.  The northern and southern tips of the island are park preserves — where nature is always front and center. In fact, the Amelia Island Convention & Visitors Bureau has expanded their nature website (www.amelianature.com) through a partnership with the Audubon Society that includes descriptions of some 150 species of plants and animals, which you can download to your smartphone. But you won’t find the stifling heat of South Florida. The highs in summer are just in the high 80s and, in fact, summer is one of the most popular tourism seasons, though you’ll find many deals this summer offering a third or fourth night free (www.ameliaisland.com/free).

TIME TRAVEL back to pre-revolutionary days at Colonial Williamsburg  where you can listen as Patrick Henry speaks to townspeople, hear the Fifes and Drums perform  or attend a picnic complete with balladeers and story tellers. Celebrate 19th-Century style at Mystic Seaport in Connecticut ()  , the nation’s leading maritime museum,   with the 27th Connecticut Volunteer Infantry re-enacting Civil War military exercises, a children’s parade, lawn games (wheelbarrow race anyone?) and more.

TAKE IN A FESTIVAL — Boston boasts a 6-day Harborfest that showcases the colonial and maritime heritage of the cradle of the American Revolution: the historic City of Boston with some 200 daily events. And through July 3, Chicago has Taste of Chicago, the world’s largest food festival complete with music and other kid-friendly activities in Grant Park on the lakefront. Let’s not forget Washington, DC  with  The Smithsonian Folklife Festival  that literally transforms the National Mall into a global village. In the evening, you can head to the National Mall for  the concert and  fireworks display—or watch from a rooftop restaurant.

Got your flag ready? Let’s party.