Flying this summer? Get smart before you go 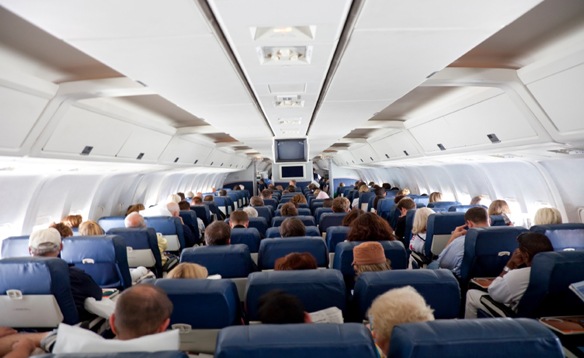 Let’s all get on the same page.

Air travel is aggravating and stressful for all of us, especially for those shepherding young children through security and crowded airports.

It doesn’t help if you make clear how annoyed you are to be behind a family in line at security or worse, next to a parent with young children on a plane or a child flying solo.

By the same token, I know many parents could do a better job corralling their kids. But I also know sometimes there is no way to stop a baby from crying or a toddler’s tantrum. Making the parents feel inadequate won’t help.

Millions of children will be flying this summer. As we head into the summer vacation season, let’s all try to be nicer to our fellow passengers whatever their ages.

Here are some tips for traveling parents to distress the experience:

BUY A SEAT FOR BABY! Yes, your baby can fly free until age two but the FAA has just launched an effort to make sure you know that the safest place for your baby or toddler is in an approved child safety seat, not on your lap.  The FAA has developed a new web site and online information toolkit with information about how to keep children safe when traveling by air. The site includes a downloadable tip sheet for parents and caregivers and a video demonstration on how to properly install a child safety seat on a plane.  Before flying, make sure your child restraint system is approved for use on an aircraft. (It should be printed on the system’s information label or on the device.) Just like in a car, The FAA recommends that a child weighing less than 20 pounds use a rear-facing child restraint system. A forward facing child safety seat should be used for children weighing between 20 and 40 pounds. The FAA has also approved one harness-type device for children weighing between 22 to 44 pounds.

BE CREATIVE TO GET SEATS TOGETHER. Parents increasingly complain they can’t get seats next to their children — even 3 year olds — on packed flights. Those booking through online travel sites may not realize the seats are unassigned. (It is always wise to call an airline directly or check the airline’s site.) But getting an assigned seat is no guarantee you’ll sit together, airlines switch aircraft and arbitrarily change seat assignments, often leaving it up to the passengers to negotiate a swap once on board.  Former flight attendant Heather Zorzini who now pens www.myflyingfingers.com, suggests families be as creative as they can. Offer to swap your good seat (if you have one). And don’t hesitate to ask the flight attendant for help. “We can’t force anyone to move, but sometimes we can offer small incentives to passengers who help us out,” she said. Let airline personnel know the situation as soon as you get to the airport. She added that gate agents can rectify the problem by asking solo travelers to switch, for example. Paying extra for the “preferred” seats improves your chances of getting seats together.

DE-STRESS SECURITY. Give yourselves plenty of time, in case there are long lines. Check the kids’ backpacks to make sure they don’t have anything forbidden. Have a refillable water bottle that you can fill when you get through security. And talk to your toddlers and preschoolers about why they need to put down their blankie or stuffed giraffe so they can get their picture taken.

KIDS FLY SOLO. According to one report from the  Travel Industry Association, sixteen percent of U.S. adult travelers with children–14.3 million parents–sent their child (or children) under 18 alone on an airplane trip in the past three years.  Southwest Airlines alone carries 300,000 unaccompanied minors a year, many in summer, some more than once a month. Some airlines permit young teens as young as 12 to fly without supervision. You can ask and pay for the service for them if you prefer they aren’t on their own.

Before you put your child or teen on an airplane alone this summer, here’s what you need to know:

–If possible, avoid sending your child solo on their first flight.

–Carefully check the website of  your airline for the rules and fees for unaccompanied minors because they vary greatly.

–Don’t rely on the airline to entertain or feed the kids. Make sure to pack a sandwich, empty water bottle they can fill once through security, snacks and plenty to entertain your child. Explain to the younger kids that they’ll have to entertain themselves that the flight attendants are too busy to play with them.  Stash a new toy, movie, or book in their backpack along with a favorite treat.

–If your teen is old enough to fly without supervision but looks young, bring along  a copy of her birth certificate or passport.  Otherwise, children under 18 are not required to show photo ID.

–Make sure teens who are flying as adults know they must speak up if their flight is delayed or a connecting flight cancelled so that airline personnel can make sure they’re not stranded on their own. Make sure they have some money and a cell phone.

–Stay at the airport until your child’s flight is airborne– In the event of a mechanical problem that brings the plane back.

–Act confident! If your children sense that you’re nervous about putting them on the plane, they’ll be nervous too.