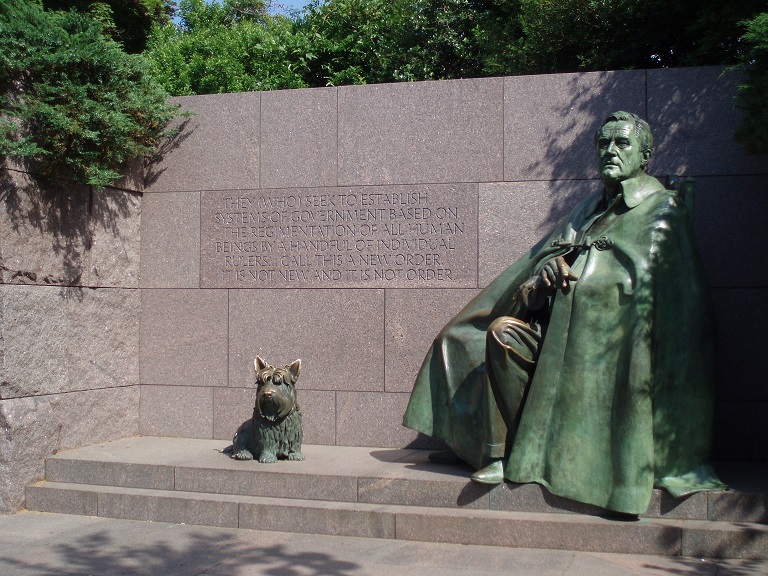 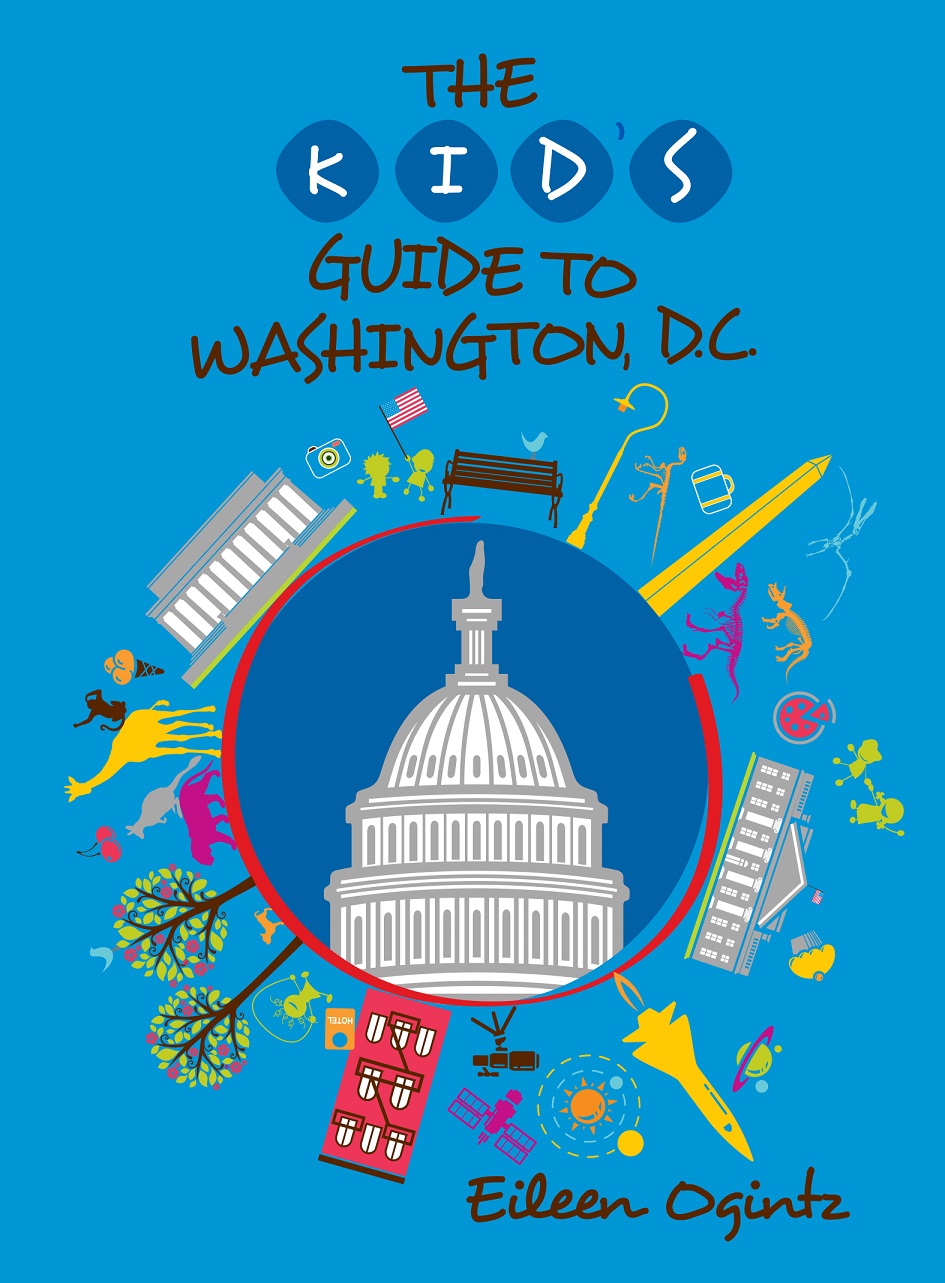 Let’s get one thing straight.

Washington DC is not a state, nor is it part of any state. It is a federal district (sometimes called just “the District” by locals — DC stands for District of Columbia) created specifically to be the seat of government for the United States, located on land that was donated by the states of Maryland and Virginia.

It’s also a very popular family and school trip destination, especially in spring when the famous cherry blossoms are in bloom. The month-long National Cherry Blossom Festival, which lasts until April 16, is the country’s biggest festival with plenty of free events — the parade April 8, Southwest Waterfront Fireworks Festival April 15. (Check out the new Emoji DC keyboard with 82 free stickers and gifs available on Google Play and the App Store.)

The best part of a visit here — besides maybe teaching the kids a thing or two about American history and government — is that it can be a bona fide bargain with so many free museums, parks and other attractions. The official Washington, D.C., tourism site lists 100 free and almost free things to do.

It doesn’t cost anything to visit the Lincoln Memorial at night, to play pilot in a mock cockpit at “America by Air,” a permanent exhibit at the National Air and Space Museum, attend a family event or one for young children at the Museum of African American History and Culture or visit the giant pandas at the National Zoo. Visit your congressman’s office. (See if one of the interns can give your family a personal tour of the Capitol. Or, if seeing a Washington Nationals baseball game is beyond your budget, you can play mini golf ($6 a game for kids) at East Potomac Golf Course with views of the Potomac River.

Take in a free concert. The Kennedy Center offers free performances daily at 6 p.m. on the Millennium Stage. Try a food truck or visit the weekend farmers’ and artisans Eastern Market in the Capitol Hill neighborhood on the weekends.

Parking can be difficult, so leave your car at the hotel. The Metro is convenient, safe and clean. You can get a plastic SmartTrip card online or at kiosks in Metro stations. (Purchase online at least 10 days in advance for discounts.) There is also a DC Circulator bus that connects DC neighborhoods. Get oriented with a tour (that allows you to get on and off the bus at all of the major sites) and stay as long as you like.

The problem will be deciding what to do — there are more than 80 free museums, monuments, memorials and historic homes in Washington, D.C. I’ve explored many for the second edition of my “Kid’s Guide to Washington, D.C.,” which will be out next month. Here are 10 favorites: 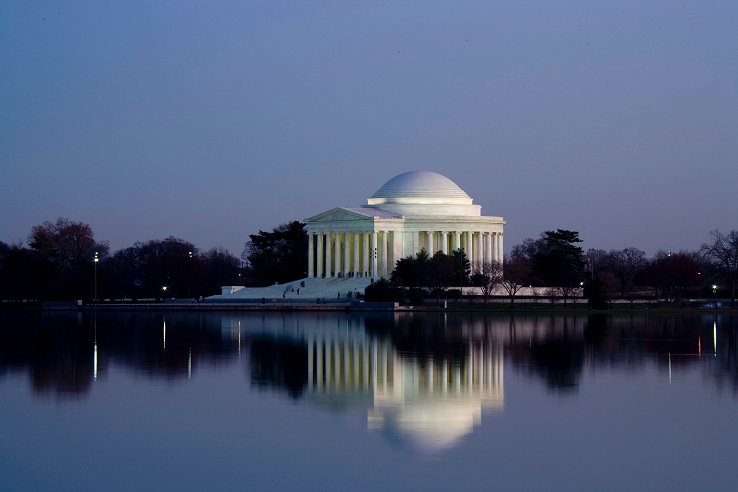 Take a DC by Foot walking tour along the National Mall, designed with the kids in mind with games and fun facts. There are also tours of Arlington National Cemetery, the Lincoln Assassination Walking Tour and the Ghosts of Georgetown.

See the Stone of Hope at the Martin Luther King Jr. Memorial, located along the banks of the Tidal Basin on the National Mall. Read Dr. King’s powerful words and marvel at the memorial’s amazing architecture.

Gawk at the piles of money during the free, 40-minute tour of the Bureau of Engraving & Printing. (First come, first served same-day tickets. They’re closed on weekends and federal holidays.)

Take your young historians to the new Wegmans Wonderplace, an interactive, educational exhibit, as well as Spark!Lab, where kids can experiment and invent at the National Museum of American History. Make sure to see the original Star-Spangled Banner flag, which inspired our national anthem.

Run, walk or bike on 1,754 acres of rustic woodlands showing the best of DC’s green side. Stare up at the stars in Rock Creek Park at the parks nature center and planetarium, the only planetarium operated by the National Park Service. On Wednesdays, a special program is held for young astronomers (4 p.m.). Saturdays and Sundays feature a seasonal night sky (1 p.m.) and “Exploring the Universe” (4 p.m.). All programs are free.

Explore the African American Heritage Trail to learn about sites of significance to DC’s black history.

Take an amazing sensory journey through the infinity mirror rooms at the exhibit Yayoi Kusama Infinity Mirrors at the Hirshhorn Museum and Sculpture Garden (a free timed pass is required, through May 14).

Remember the children of the Holocaust at the United States Holocaust Memorial Museum with Daniel’s Story, which presents the history of the Holocaust through the experience of one child. (This is recommended for kids aged eight and older. Show older kids how ordinary people were complicit.) Tickets are free, but you will need timed tickets, which you can get online in advance or the same day outside the museum.

Take older kids to the new “Amending America” exhibit at the National Archives to explore how the U.S. Constitution has been amended throughout our history. Get up close to The Declaration of Independence and The Bill of Rights.

Got your most comfortable shoes?