Hiking Crested Butte to Aspen – again – the good, the bad and the better 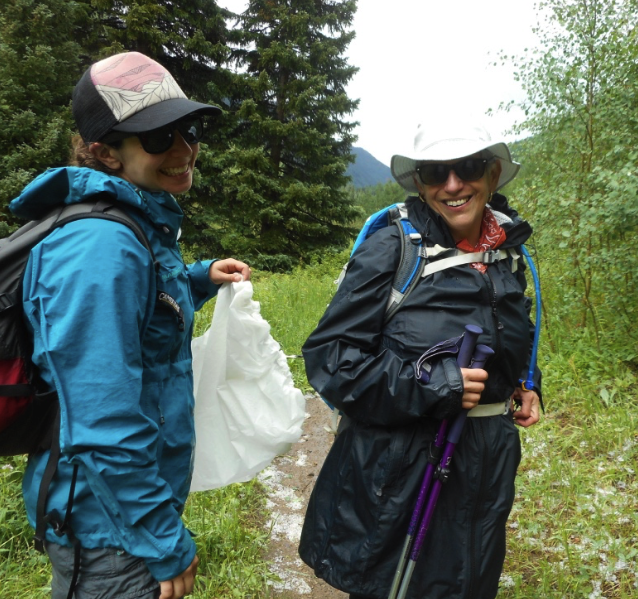 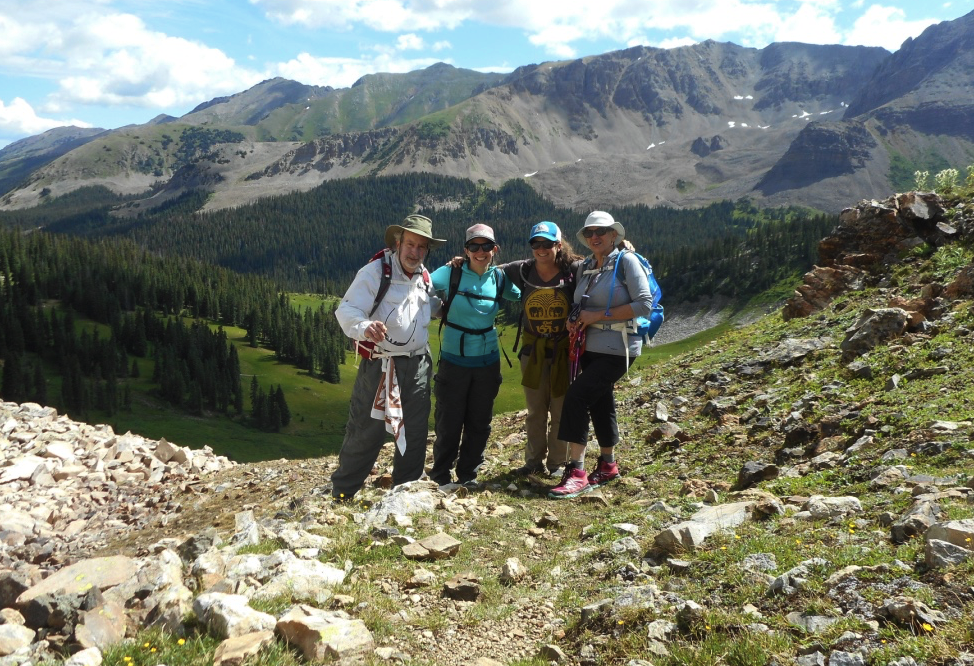 At the top of the East Maroon Pass

ASPEN, CO — If I’ve learned one thing from travel—especially with kids—is that you have to take the bad with the good. That’s a good lesson for the kids to learn, along the way, of course.

And perhaps there is no better time to remind you of that adage than on an outdoor adventure. We certainly were reminded on the hiking trail.

We’d set off at 6:30 a.m. from the Copper Lake Trailhead, about a 20 minute drive northwest of Crested Butte CO, for the iconic hike over the East Maroon Pass to the Maroon Bells and Aspen. There are two routes to take—the more popular West Maroon Trail that is a little more than 10 miles but with a lot of steep up and downhill. We had done that hike four years ago.

This time, my daughter Mel, who lives in Crested Butte, suggested we tackle the longer (16 mile!) East Maroon Trail because the ascent and descent was more gradual and, just as important, it wouldn’t be nearly as crowded as the West Maroon Trail. 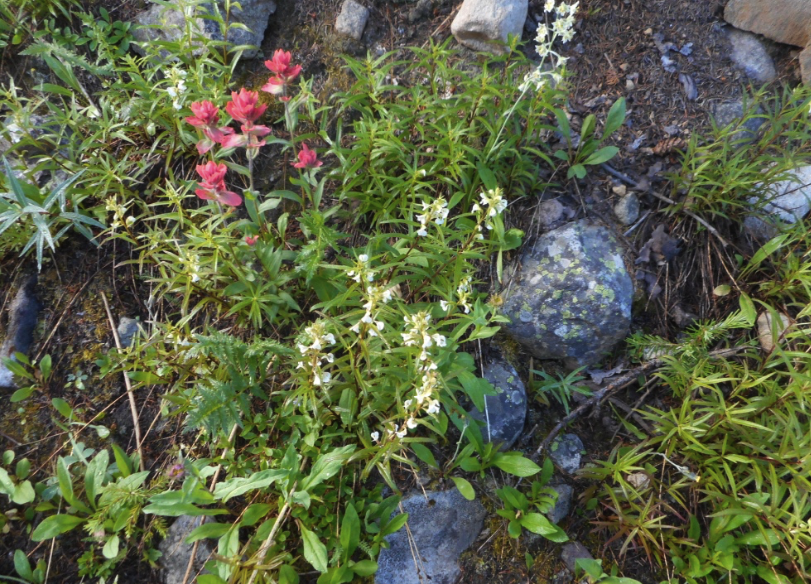 A riot of wildflowers on the East Maroon Trail

I always suggest parents and grandparents let the kids lead the some of the time on vacation, even when they are in grade school. First, they’ll take you in unexpected directions (who even knew that museum exhibit was there?) They’ll share their passions (who knew going to a concert with them could be so much fun?). The kids, of course, are happier because they aren’t being dragged along and are more willing to do something you choose.

Now that my kids are grown and travel on their own, I know if they are going to do something with us, it needs to be something they like to do—skiing, hiking, mountain biking (my husband is going for the first time with them today on Snowmass’ famous trails – he just got back and said he fell once at the top, eked his way down and decided that almost 67, mountain biking is not the sport he should take up.)

But it was a leap for me to trust Mel on this hike. Sure I was in good shape, but what if I couldn’t handle it? “You’ll be fine,” she said, after taking us on a challenging hike in equally high altitude (over 11,000 feet) the Gunnison National Forest a few days before. Truth be told, Andy and I are in better shape than we were during that West Maroon hike four years ago – we rejoined the local family Y in our hometown two years ago, lost some weight and increased our cardio routines.

So we set off—Mel, her older sister Reg, also an accomplished hiker and backpacker, my husband and me. Mel’s boyfriend Hank had agreed to drive over to Snowmass, where we planned to spend a few days on Snowmass Mountain in the Timberline Condos. The trick with this hike, unless you are backpacking, is getting back. Some opt to spend the night in Aspen and then hike back. 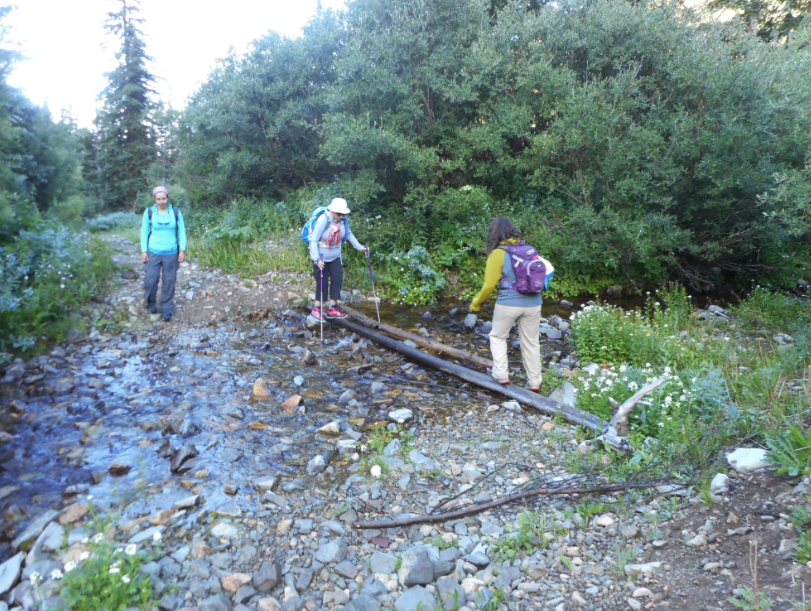 One of many water crossings on the East Maroon Trail

We thought we had planned well—first aid kit, Camelbaks water bladders in our backpacks and a terrific ultra-violet water purifier for extra water from Camelbak that would purify mountain stream water in just one minute with no iodine taste. We also packed trail mix, power bars, some chocolate, apples and fixings for lunch. Of course we had rain jackets. We wore clothes that wicked moisture, excellent hiking socks and new (but broken in) Merrell Moab Mountain boots that I’d chosen because they were lightweight, had plenty of cushioning, ankle support and grip—for hiking over all those rocks.

The beginning of the hike was “the good,” amazing wildflowers—white Columbine and Mountain Candytuft, red Indian Paintbrush, yellow Sagebrush Buttercup, Mule’s Ears sunflowers, delicate purple Elephant’s Heads, Silvery Lupine…all kinds of varieties, one prettier than the next. What a privilege to hike through meadows of such natural beauty.

As Mel promised, the ascent was fairly gradual and we reached the peak (11,800 feet at East Maroon Pass) after just four few hours. We were giddy with our accomplishment.

Still smiling after the hailstorm

But it wasn’t all smooth going. I was astonished when Mel announced early on that we needed to take off our hiking boots to cross an icy river stream, walking on top of slippery rocks. Imagine dunking your feet in a bowl of ice water—and multiplying that by 10 times. I made it but it wasn’t pretty – my husband and kids dubbed it the “MMM” (Memorable Mom Moment) of the hike.

That was just the first of perhaps a dozen crossings. Some we navigated moving from rock to rock, some over logs and some just wading with our boots on. On a couple of crossings the water was moving so fast that we held hands, faced upstream and plunged our boots in the icy water, sidestepping our way across. “You’re hard core,” my daughters declared—high compliments from them.

We maneuvered across fields of scree—slopes of loose rock from long-ago avalanches. We climbed over and under fallen logs. We kept hydrated, munched on honey “energy chews” and took in the views—the craggy cliffs with ribbons of snow and, at the top, scenic Copper Lake. We moved from the wildflowers, above tree line and as we hiked down, through old growth forest with impossibly tall fir trees. As we got closer to Aspen, the famous white-trunked Aspens with their quivering green leaves surrounded us for miles. 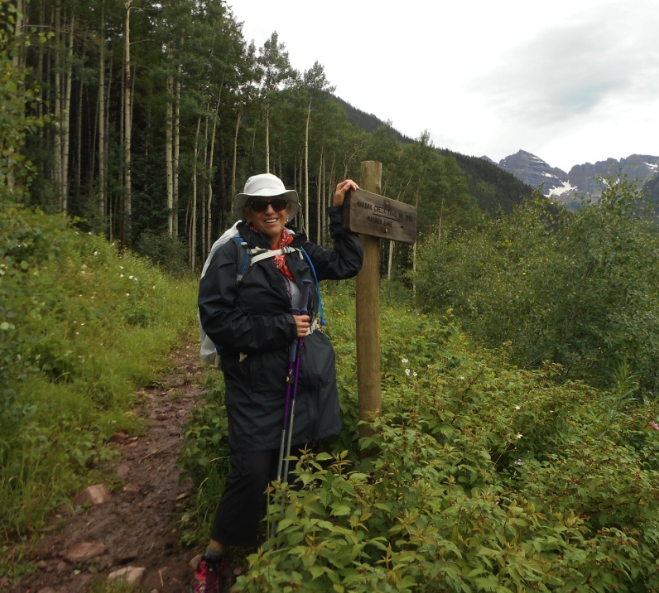 Almost finished – we reach the Maroon Bells area near Aspen

We were doing great, I thought. Then the common afternoon mountain thunderstorms suddenly rolled in. It started hailing—a torrent of pea-sized ice balls along with lightening and ominous thunderclaps. We got on our rain jackets, took out our pack covers and kept going—what else could we do? We still had perhaps six miles to go. It poured. Thank goodness for good rain jackets, though our pants and boots got soaked.

And then came the mud. The last few miles were mud puddle after mud puddle with slippery rocks in between. Thank goodness for that grip on the bottom of my hiking boots! Though I slipped and tripped a few times, I never lost control and stayed upright.

This was “the bad.” But not so bad. We were still smiling after the hail stopped. Four years ago, I thought hike on West Maroon Trail could not end soon enough. Then, I slipped and fell in a small stream and Mel chided me like I had when she was little: “Mom, you are not going to cry. You are going to pick yourself and end this hike with a smile on your face.”

This time, when we reached the end of the trail near Aspen after 10.5 hours and 16 miles, though we were ready for the hike to end. But I kept thinking that memories we would have of the “bad” part of the hike would make those of the good part even sweeter. We slogged through, muddy, bedraggled and smiling broadly.

We caught a series of three free buses to Snowmass and couldn’t get into a hot shower fast enough. I was so glad we had a comfortable condo to sleep in rather than a tent.

We toasted our success with an Alpine-inspired dinner at The Edge, the restaurant right at our condo—think cheese fondue, schnitzel, varieties of wurst and steak served up with fries.

“We’re proud of you,” our daughters toasted us.

I was pretty proud of us too.

All it takes is accepting the bad with the good and letting the kids lead the way.