Lady Liberty is reopening July 4 after cleanup from Hurricane Sandy 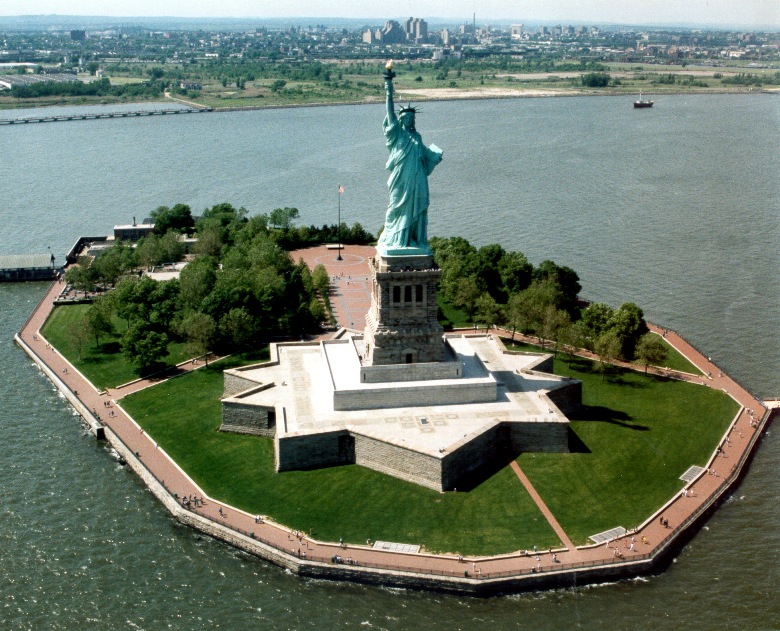 Wow! Even the most jaded teen or tween can’t help but be impressed gazing up at The Statue of Liberty, reopening July 4 for the first time since Liberty Island was seriously damaged and closed last fall in the aftermath of Hurricane Sandy. Imagine what millions of immigrants felt when they saw her for the first time. Imagine the vacation bragging rights after climbing the 393 steps up to the crown and back down again — the height of a 27-story building.

But snaring a ticket to climb to the famous crown (in case you’re wondering, the seven rays symbolize that Liberty can enlighten the seven continents and the seven seas) is one of the toughest in New York this summer. They’re already sold out through the end of July, according to Rafael Abreu of Statue Cruises, which sells the tickets and ferries visitors to the island from Battery Park and soon, Liberty Island in New Jersey. Only 365 crown tickets are available each day (kids must be four feet tall to climb), Abreu explained. Four million people visit each year.

Ironically, the crown had been reopened for just one day after last year’s renovations before Hurricane Sandy shut Liberty Island last October. While the statue itself wasn’t damaged, 75 percent of Liberty Island was submerged and there was extensive damage to the docks and infrastructure. Neighboring Ellis Island with exhibits commemorating the 12 million immigrants who entered the United States here between 1892 and 1954 still remains closed for repairs.

But whether you get to the crown or even to Liberty Island in the coming months, there’s no better time than Independence Day to celebrate what Lady Liberty means to all Americans.

You can tell the kids the tablet she holds symbolizes the Declaration of Independence; the broken shackles at her feet the escape from tyranny. The torch, of course, is a symbol of the light of liberty and enlightenment. In fact, according to the National Park Service, the official name of the Statue of Liberty is “Liberty Enlightening the World.”

Check out her face. French Sculptor Frederic Auguste Bartholdi modeled it on his mom. He spent more than 20 years on the project.

And if the kids wonder about her “weird” clothes, explain the robes were worn in Ancient Greece, the birthplace of democracy.

Did you know she was a thank-you present from France, given to commemorate the two nation’s long friendship and to celebrate freedom?

What a present! She arrived in New York Harbor on June 19, 1885, packed in 214 heavy crates, complete with directions on how to put her together. When the statue was finally put together and dedicated after a last-minute campaign to raise money for the pedestal, New Yorkers celebrated with the city’s first ticker tape parade.

Who says historic sites are boring? I still smile thinking of my daughter Mel when she was four, posing on Liberty Island with a giant green foam crown on her head, her arm jutting in the air declaring herself, “The Statue of Looney.”

Let the kids soak up the ambiance any way they can, turning cartwheels, listening to a special kids’ audio tour on a free ranger-led tour or completing the activities to become Junior Rangers. (Download the activity booklet.)

Visiting is a bargain too — just $17 for adults, $14 for seniors and $9 for kids 4 to 12, including the ferry, audio tours and access to the pedestal. Crown tickets are just $3 more.

(You can save more than 40 percent on your Statue Cruises, as well as other major NYC attractions, including the Empire State Building, the American Museum of Natural History and the Metropolitan Museum of Art and avoid most lines with CityPass, but you still have to reserve your crown ticket with Statue Cruises.)

If you can’t make it to the crown, console yourselves with what a hot, arduous climb it would have been in the summer — 20 degrees warmer than the outside temperature. And you’ll have that much more time to enjoy what else New York has to offer — a Broadway play (locals say it is easier to get tickets, especially on weekends, when so many New Yorkers are at the beach), a fantastic meal (ask to order a half portion for the kids), a Major League baseball game, the rides at Coney Island’s Luna Park, an outdoor concert or a special museum exhibit. (If your kids are 10 or younger, check out the Children’s Museum of Manhattan, where they can make their own souvenir, take an arts workshop or meet members of the New York Police Department’s famous Mounted Unit.)

There are plenty of free events and hotel deals all summer long too. Stay at an Affinia Hotel and your $199 rate helps support Operation Smile, which provides surgeries for children and young adults worldwide who were born facial deformities.

The family package at the all-suite Conrad New York downtown in Battery Park includes breakfast, passes to the National 9/11 Memorial and a New York water taxi cruise pass that could give you the chance to see Lady Liberty at night from the water.

She’s that rare lady who looks good any time of day.

(If you are visiting New York with kids, check out Eileen’s Kid’s Guide to New York City from Globe Pequot now in its second edition.)