Learning about our presidents from visiting their homes 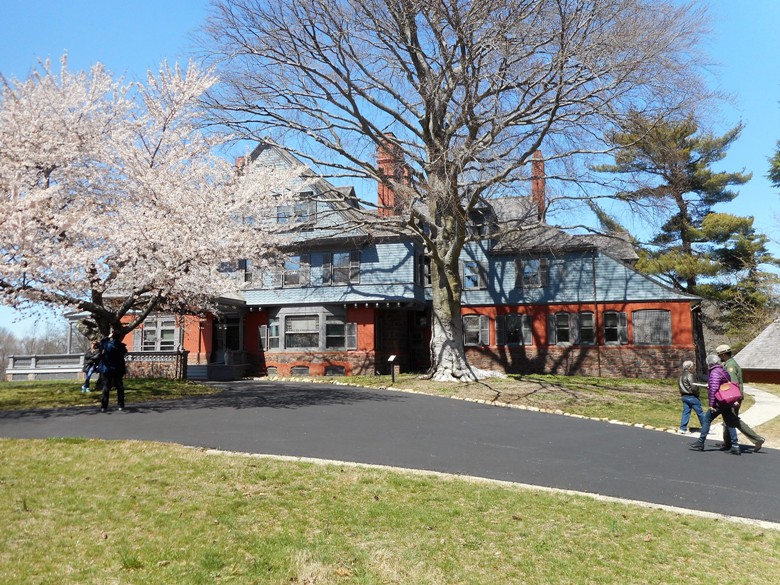 The six children of President Theodore Roosevelt had lots of room to “scramble,” as they said — a 23-room house and 95 acres on Long Island, complete with many pets (everything from dogs, turtles, pigs, ponies, rabbits, even a badger and black bear cub), water sports and a dad who, no matter how busy, loved nothing more than playing with them.

In fact, when the Roosevelt children were at their waterfront Oyster Bay estate, named Sagamore Hill, the big gong — anchored by huge elephant tusks — would sound at 4 p.m., letting them know it was time for playtime with dad. Theodore Roosevelt, of course, was a larger-than-life man. Among his hunting trophies, he had everything from a Cape buffalo head to bison heads, rugs made from polar bear to zebra and mountain lion skins.

Teddy Roosevelt is also experiencing somewhat of a re-emergence, as we celebrate the centennial of the National Parks and continued conservation efforts. In his years as president, Roosevelt protected 84,000 acres a day and created five national parks and 18 national monuments. Sagamore Hill, reopened last year after a 3-1/2-year, $10 million renovation and is having a moment, too, with significantly more visitors, said Martin Christiansen, chief of Interpretation at the National Historic Site.

All around us on a recent sunny Sunday, families were picnicking outdoors, gaping at all of the wild game heads inside and walking on the nature trail down to the waterfront, as kids worked on their junior ranger badges. There was a museum history hunt, another about Theodore Roosevelt and his home, and a Bunny Ranger program for the youngest visitors.

In this primary season, as we’re inundated with political insults hurled back and forth, take the opportunity to show kids the real people who have served in the Oval Office, suggests Christiansen.

“They learn that even a president is a regular person,” he added. Or at least they were before moving into the White House. This house was obviously a family home with toys in the nursery and tennis balls kept in ornate china dishes in the front hall to be handy for a tennis game. 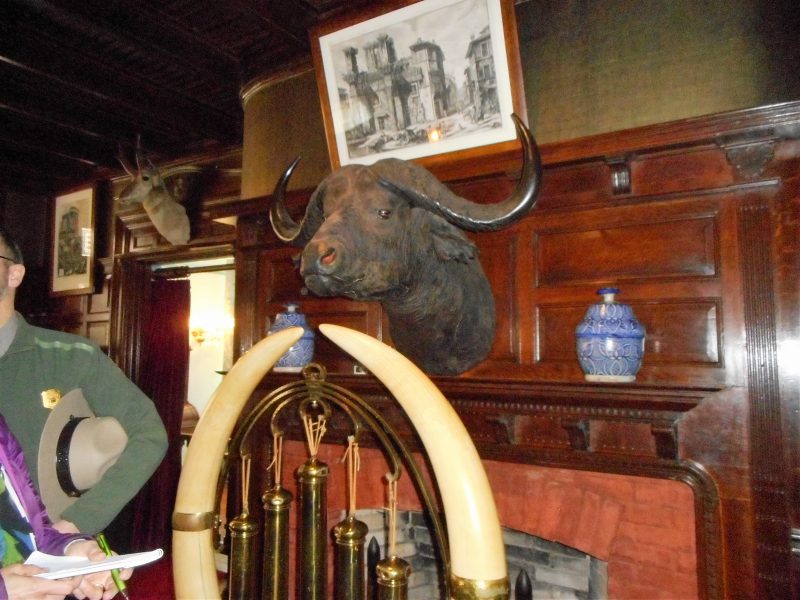 Dozens of historic sites, monuments and memorials around the country preserve the birthplaces, childhood homes and residences of our nation’s presidents. Others, like Mount Vernon, George Washington’s home, and Monticello, Thomas Jefferson’s home, are maintained privately and offer many special activities for children. (Here’s what I wrote about a special family tour at Monticello last year.)

Visit the Eisenhower Farm in Gettysburg, Pennsylvania, which is adjacent to the famous battlefield where Eisenhower met with world leaders and tried to diffuse Cold War tensions (the Junior Ranger program here involves becoming a Junior Secret Service agent). In Independence, Missouri, there’s the Harry S. Truman farm home (closed now but the grounds are open) where Harry Truman lived without plumbing or electricity.

A visit to Hyde Park, New York, the boyhood home of Franklin D. Roosevelt and later, his wife Eleanor Roosevelt also offers the chance to learn more about the extraordinary woman Eleanor Roosevelt was, ahead of her times in many respects. This is also the place for kids to see that disability isn’t necessarily a barrier to success in life. Roosevelt famously resumed his political career three years after he was crippled by polio and became governor of New York, and in short order, president by a landslide. (Kids may also not know that he inspired the March of Dimes program that eventually funded an effective polio vaccine.)

In Austin, Texas, you can visit the Lyndon Baines Johnson Presidential Library on the campus of the University of Texas but even more interesting is the LBJ Ranch (about an hour’s drive in the Hill Country west of Austin) where LBJ is buried and where you’ll find his modest childhood home.

And in Plains, Georgia, there’s Jimmy Carter’s boyhood farm where rangers lead weekend walks and demonstrations. (Have you ever seen peanut boiling?) Kids will love the Rosalynn Carter Butterfly Trail, made possible by Mrs. Carter’s desire to make the public aware of the declining monarch butterfly population.

It’s good for kids to see that those who became president didn’t always come from wealth or privilege. That’s especially true of Abraham Lincoln and you can see a reconstructed log cabin on what had been the Lincoln farm in southern Indiana where there is a living historical farm — a working pioneer homestead with animals, gardens and crop fields. Many families visit the Lincoln home in Springfield, Illinois, where he lived with his family and the four-block-long historic area that focus on the Lincolns’ family life here.

Remember that with the “Every Kid in a Park,” initiative, fourth-graders and their families get in to national parks and historic sites for free. Just make sure to go online to get your pass in advance. (And grandparents, you can get an Interagency Senior Pass for $10, once you are 62. This pass provides access to all federal recreation sites for you and every passenger in your car. A free Access Pass is available for those with permanent disabilities.

TIP: Should you visit a president’s home this election year, let the kids do a little research in advance. See what special family activities may be offered, download the Junior Ranger booklet (though you can usually get one once you arrive). Read a book about that president’s childhood.

You’ll be amazed what the kids will teach you!

(For more Taking the Kids, visit ttk-old.o2dev.net and follow @takingthekids on Facebook, Twitter and Instagram. Check out the latest books in Eileen’s Kid’s Guide series — a new edition of the Kid’s Guide to NYC and the Kid’s Guide to Great Smoky Mountains National Park.)