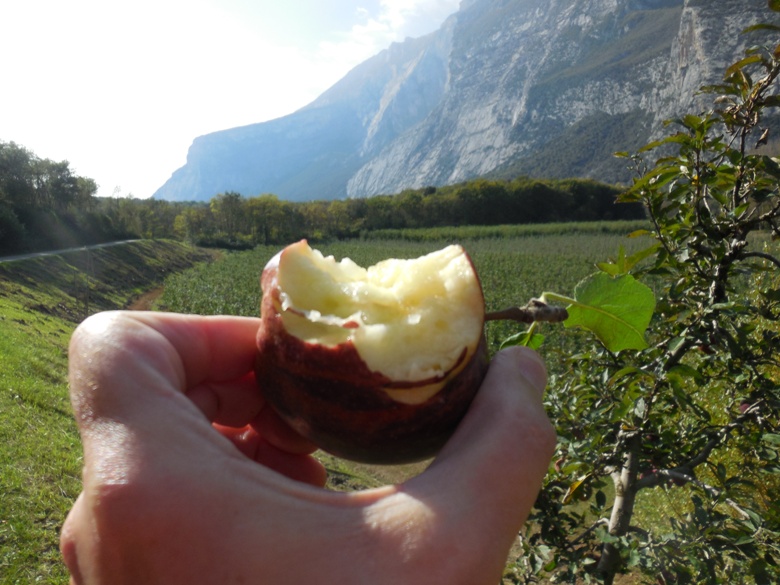 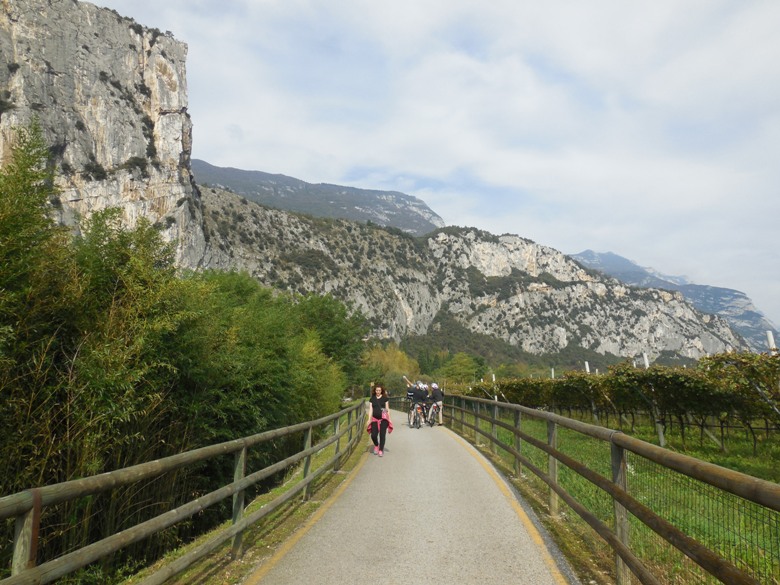 On the bike trail between Arco and Dro

Before setting out to sample how Austin Adventures runs cycling tours in Europe, I should have — as they suggest — practiced on my bike at home. I didn’t. So I have no one to blame for my skinned knees but myself.

But on vacation, just like we tell the kids, when you fall off a bike — like I did on a steep downhill pitch in Italy near the town of Pietramurata just beyond Dro, all I could do was get back on my bike and as my daughter Mel likes to say, “keep smiling!”

I was riding an electric bike, which have become hugely popular in Europe, says Ron van Dijk, who runs Austin Adventures European operations and has been leading cycling trips for 35 years. In fact, his wife Elfriede, who has just undergone chemotherapy, beat him up one particularly steep—20 per cent grade! pitch on our ride. “The power of e bikes is you can go to regions you couldn’t do before,” he says.

A freshly picked apple eaten along the bike trail

But you still need a bit of learning curve (shifting gears and breaking!) and on ebikes—regulating the amount of “push” you want—from 0-4 and going slower downhill.

Figure if you keep them on the second speed, you are getting a 20 per cent boost; on the fourth, a 50 per cent boost. “But you still have to peddle, van Dijk said. “You are still getting exercise! It’s like having a great tailwind.”

The $250 surcharge the company charges for a week seems small price to pay. Batteries will last more than 40 miles and on a bike tour like this, the guides have spares in the van. 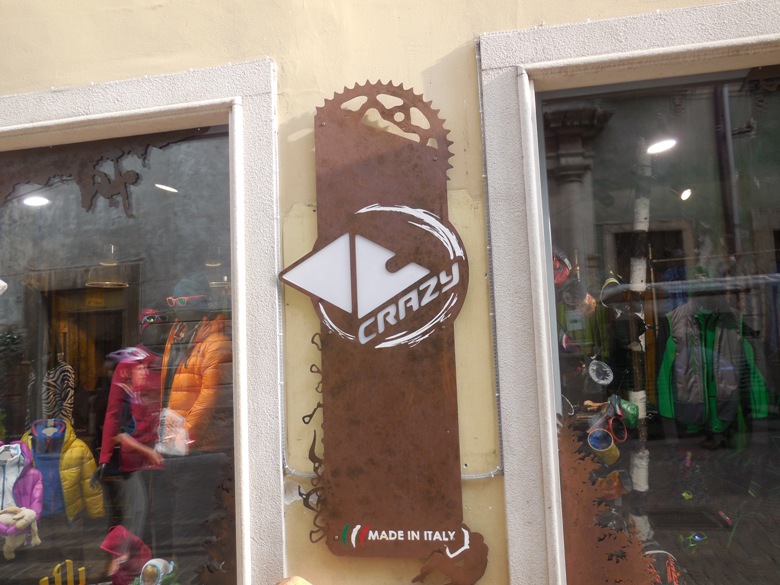 So even with the best equipment (these bikes cost over $3000) and an expert leading the way, I still managed to fall. To be fair, it was tricky—the steeps, other cyclists whizzing by, cars — and tractors as we cycled from the town of Riva del Garda on beautiful Lake Garda where we’re staying at the Flora Park Hotel, on a bike path alongside a river, through the ancient cobblestoned town center of Arco where we counted 13 shops selling cliff-climbing gear—the rugged cliffs here are a popular climbing destination. We cycled on cobblestone streets on another river front bike bath through the town of Ceniga—we pass old pastel colored stone houses set just in front of the cliffs, vineyards, churches and an apple orchard where we help ourselves to apples growing by the side of road.

We stopped in Arco for a look at the church — large for a town of under 15,000 — and a cappuccino. We cycled through the Marocche Nature Preserve north of Lake Garda along the Sarca river. Wow! The views are spectacular everywhere we looked. Certainly this is a different way to see Europe. You can’t help but appreciate what’s all around you rather than tromping from museum to church. 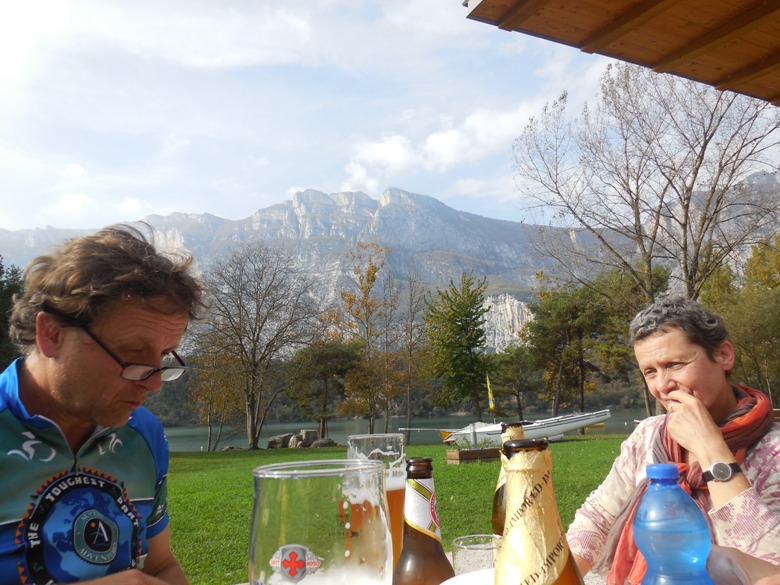 We stopped for lunch at the Wind Valley Surf Center in Lago di Cavedine, an idyllic lakefront spot where you can take windsurf, sailing or kayak lessons on the Cavedine Lake, (we’re about 10 miles north of Lake Garda). What a lovely spot—there is even a playground!

But I’m nervous on my bike after my fall — especially when we are on small roads with cars and other cyclists. I square my shoulders and make it back the last 10 miles or so — with a smile on my face, especially because we’ve biked more than 35 miles!

I deserve the massage I’ve booked at the hotel.