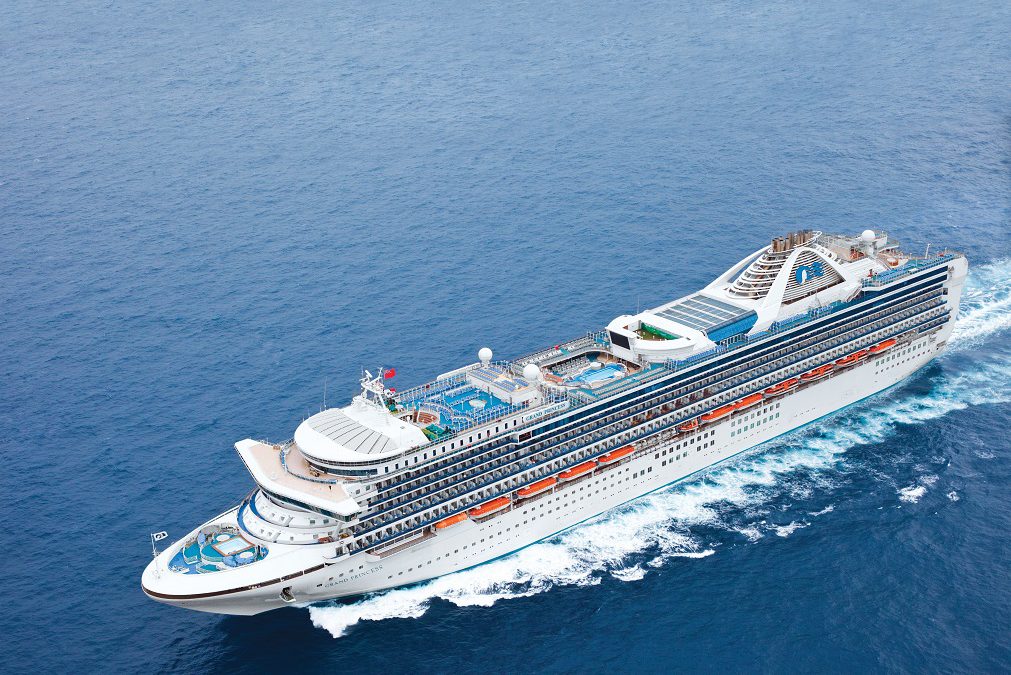 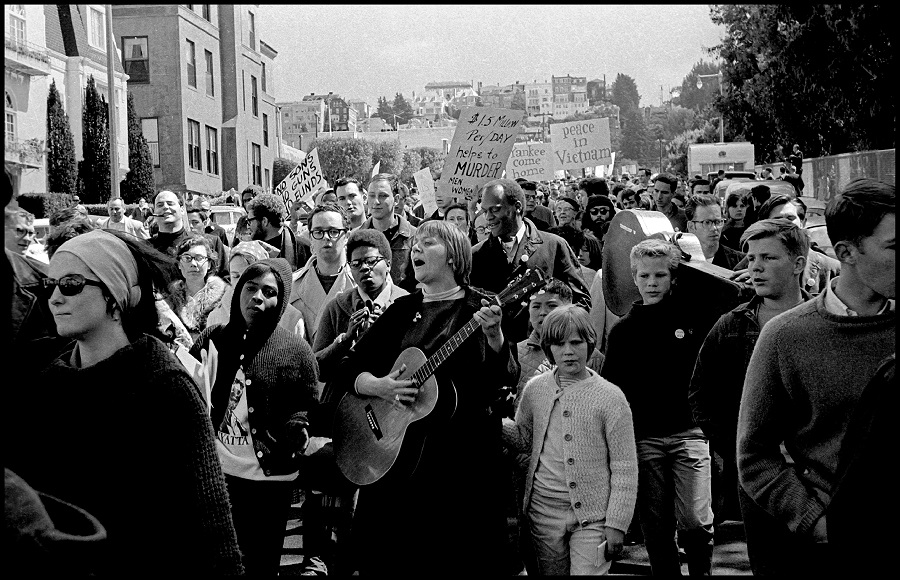 Barbara Dane, Vietnam Protest, 1964, to be featured in On the Road to the Summer of Love on view at the California Historical Society beginning May 12, 2017

Who says spring break is just for college kids?

Certainly not the families impatiently waiting in line at Orlando theme parks, but at least it’s not as hot as in midsummer!

And not the families racing down snow slopes in Colorado and Utah, or those splashing in the pools on Carnival ships. “Spring break is one of our busiest times for families, along with summer,” said Carnival spokesman Vance Gulliksen. Princess, Carnival’s sister brand, is beginning to unveil its reimagined youth centers, done in partnership with Discovery Communications, this spring when many families presumably will be aboard.

“Spring break searches are one of our top searches,” said Lissa Poirot, editor-in-chief of Family Vacation Critic.com, which gets 750,000 visitors a month. “Families want to travel together over the course of spring break because they get limited vacation time together and want to take advantage of the kids being off from school.”

Resort areas are realizing it is smart business to cater to families rather than college kids. That’s why for the second year, Panama City, Fla has banned drinking on its beautiful beaches in March. “City leaders feared that a potential incident during spring could harm Panama City Beach’s reputation and put that family travel segment at risk,” explained spokesman David Demarest. “In the end, they thought it better to safeguard family travel and lose the college spring break business than risk losing the family travel segment that has always been essential to our area.”

But unlike Christmas, spring school breaks vary depending on where you live, stretching the family spring break season throughout March, ending around Easter, which falls on April 16 this year.

For families, it can be easier to escape on vacation without the commitments of the holiday season. Parents also say that spring can be easier than summer when the kids have different job, sports, camp and summer school schedules.

And depending on where you go, it can be cheaper than the summer. With the strong dollar, Trivago.com reports that March is a particularly good bet to head to London or Europe. A hotel room in Barcelona can be more than $50 cheaper, $35 less in London — and it won’t be nearly so crowded at those must-see sites. 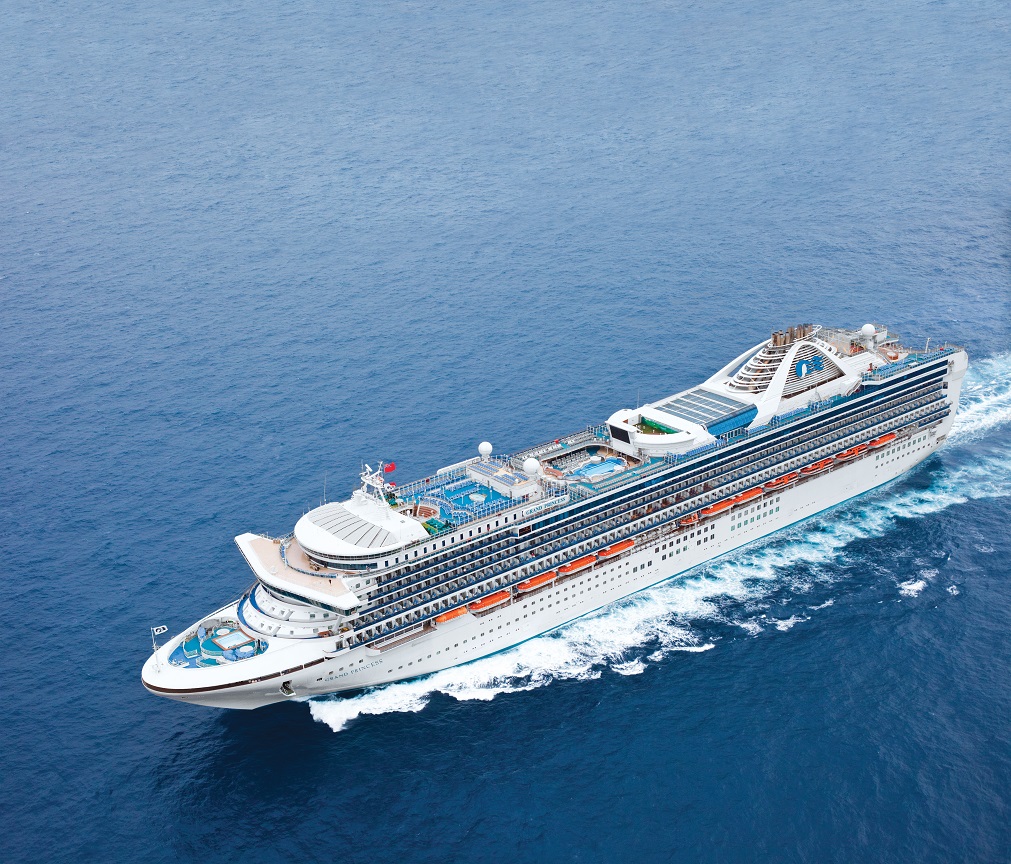 Many families opt to explore a nearby city. (Visit on a weekend and save bucks on hotels when the business travelers are gone.) That’s likely why sales of CityPASS discount ticket books surge in March, especially for the warmer CityPass partner destinations like Southern California, Tampa Bay and Atlanta, a spokesman reports. If you plan to take in most of a city’s major attractions, you can save significantly on admission and bypass lines with CityPASS.

How about San Francisco? Grandparents and baby boomers can lead the way as San Francisco celebrates the 50thanniversary of the colorful Summer of Love with museum shows, concerts, hotel deals and more. Nearly 100,000 young people converged on the Haight-Ashbury neighborhood in 1967 to share their love, music, psychedelic art, fashion style, and it still resonates today.

Spring can also be less crowded at the national parks. Remember that with the Every Kid in a Park program, fourth-graders and their families can visit all national parks, lands and waters for free. Order your parks pass, and start planning at their website, which notes that Amtrak is giving a 75 percent discount to all fourth-graders traveling with adults as part of the effort to reach 500,000 children this year.

And because Canada is celebrating the 150th anniversary of its confederation, passes to all Canadian national parks, historic sites and marine conservation areas are free throughout the year.

Book a night at a participating hotel in Quebec City and kids 3 to 12 get a P’tit chanceux bracelet that guarantees free admission to 14 must-see attractions and some special gifts. Don’t forget that Montreal is celebrating its 375th birthday with plenty of special events and festivals.

With my partners at Family Travel Forum, we’ve put together Spring Break Ideas to Meet Every Family’s Wish List. Here are five ideas:

SPRING TRAINING, started in late February in Arizona and Florida. Families heading to Arizona should expect extra excitement with the World Champion Cubs in residence. I love taking the kids (even the adult ones) to spring training because it is so much more relaxing and less expensive than going to a Major League stadium. Take in a couple of games in Arizona and the Grand Canyon, less crowded than in the summer. You’ll find lots of spring training packages in Scottsdale, for example. Don’t forget the baseballs and Sharpie pen for autographs!

HIT THE BEACH. Clearwater Beach, Fla., also bans alcohol on its white sand beaches and is famous for their Sunset Festival at Pier 60 (364 days a year) with plenty of free family entertainment.

TIPTOE THROUGH THE TULIPS in the Netherlands, where spring is the favorite season for locals, Teens love Amsterdam’s hip vibe. Among the many Amsterdam attractions for families are the Anne Frank House and the Van Gogh Museum, which houses the largest collection of his works in the world.

UNPLUG OUTDOORS. Kids now log more than seven hours of screen time (television and internet) per day and mere minutes outside. The outdoor outfitter O.A.R.S. has launched the #100HoursUnplugged Challenge (www.100HoursUnplugged.com) to get as many people as possible to commit to spending 100 hours offline, outdoors and together as a family. O.A.R.S is just one of the companies dedicated to helping families get outdoors safely and happily, whether river rafting in the West or hiking at Machu Picchu, Peru.

What will the kids choose?