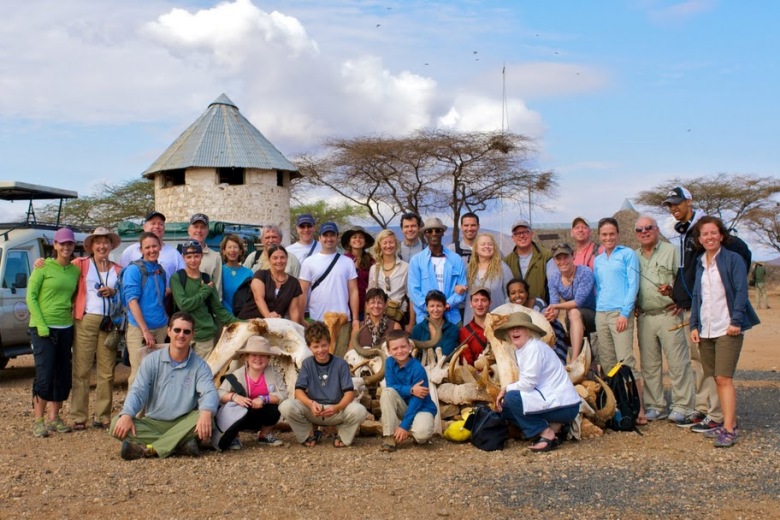 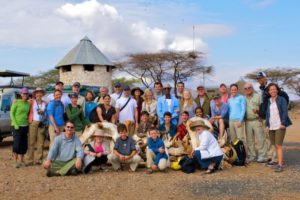 Carol Harrison credits her grandson with helping her get back her travel mojo.

The Atlanta grandmother hadn’t traveled much since she was widowed five years ago — until this past summer. She invited 12-year-old Miller Sinyard, her son Todd and daughter-in-law Becky to join her on a 78-passenger Inner Seas Discoveries expedition cruise in Alaska.

“I wanted Miller to not be too old to want to do a trip with me, but old enough to do everything,” she explained. And he certainly did everything from paddle-boarding, taking a “polar plunge” in the frigid water, going along on bushwhacking hikes and kayaking. By the time the trip was over, Harrison had overcome her misgivings about traveling without her husband and was talking about renewing her passport so that she could travel more with her grandchildren.

And she’s joining an ever-growing club. The new MMGY Global/Harrison Group 2012 Portrait of American Travelers survey, which polls 2,527 U.S. households nationally, found that 37 percent of leisure travelers say they’ve traveled with grandkids just this past year. Twenty-two percent report they are even leaving their children behind and just inviting the grandkids along.

Other research commissioned by Disney suggests the number is even higher for those grandparents with incomes more than $40,000 a year.

In some cases, they invite a grandchild to celebrate a special birthday or graduation. “It’s wonderful to share this while I can,” explained Iro Sotiriadou, traveling from Cyprus with her granddaughter, Melissa Hadjikyriakou to the Arctic to celebrate Melissa’s college graduation.

Texans Suzanne and John Burgess have opted to take each grandchild on a trip of their choice — their granddaughters opted for Orlando and New York, while their 14-year-old grandson, Aaron English, chose Alaska.

“None of them live near us,” Suzanne Burgess explained. “We decided taking them on a trip was a way we’d get to know them better.”

These days, I see grandparents and grandkids wherever I go — at the Children’s Museum of Indianapolis and the American Museum of Natural History in New York, in Orlando and California theme parks, on the beach in Florida and Hawaii, on cruise ships, in national parks, in Europe and even in far-flung locales.

I met 9-year old Evie Plunkett traveling with her grandparents on a very expensive Arctic Lindblad National Geographic expedition. She chose the destination, her grandfather William Plunkett said, because she loves polar bears. He and his wife were eager to expand her horizons beyond Texas — Evie had never been out of the United States — and to encourage her interest in the natural world — their passion. “… A perfect trip and definitely worth the money,” he said.

It seems more and more multi-generational groups are traveling throughout the year, gathering at a vacation destination like Sandestin Golf and Beach Resort in Florida over Thanksgiving, for example, rather than all crowding into grandma’s house. See what I wrote about gathering the gang at a rented villa.) I meet a lot of fit grandparents at ski resorts too, including one grandmother who opted to join a women’s ski clinic in Utah just so she could keep up with her grandkids on the slopes.

So many multi-generational families are cruising now that cruise lines have developed special connecting rooms and “family connection” packages, even on lines that you wouldn’t think would attract a lot of families like Crystal Cruises with its Crystal Family Memories package and the Holland America Line offering its Holland America Family Reunion package. Crystal, in fact, reports that multi-generational groups are their fastest growing segment, their numbers tripling in just the last three years.

I always recommend cruises to multi-generational groups for the same reason many like all-inclusive resorts — supervised activities for the kids (and teens) so adults can get a break, plenty of activities to share and one price for lodging, meals and entertainment. Check out the TakingtheKids guide to family cruising.

I even met a multi-generational family cruising in Croatia aboard Windstar, though you don’t traditionally think of sailing yachts for families.

Grandparents want to show their grandkids the world, however they choose to travel. TAUCK, which has just launched a new family river cruise on the Rhone River, “Bon Voyage: France Family River Cruise,” says two-thirds of its Tauck Bridges family trips are either multi-generational groups or grandparents traveling with grandchildren.

These baby boomer grandparents certainly don’t shy away from adventure, even on whitewater raft trips. The adventure company OARS is seeing so much multi-generational travel that they are devoting an article to it in their 2013 catalog.

At the same time, The Dude Ranchers Association reports that half of their members say they are seeing an increase in multi-generational trips. The White Stallion Ranch in Tucson even has two separate weeks for those groups.

But these multi-generational trips certainly don’t have to be expensive, or exotic. (NOTE: It is important when planning one of these trips to be clear about who is paying for what, unless grandma and grandpa are picking up the entire tab.) Families flock to the YMCA of the Rockies in Colorado, for example, and to inter generational learning trips sponsored by the nonprofit Road Scholar, which you may remember as ElderHostel. This year, there are 180 different programs. Costa Rica, the Badlands of South Dakota and Washington, D.C. are all very popular.

What do the kids think about all the quality time with grandma and grandpa? “So fun!” said Miller Sinyard.

His grandma definitely thought so too.