Obsessed with Frozen; never too old for princesses in Orlando 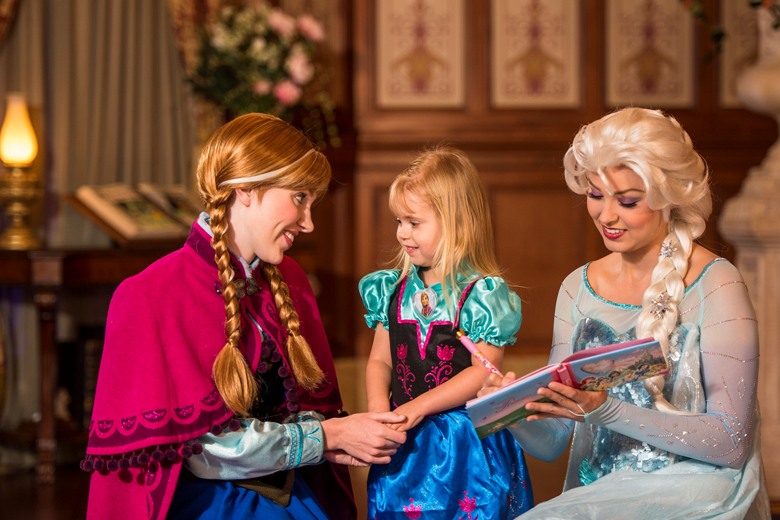 Storytime with the Frozen Princesses

ORLANDO, FL (Day Three) — Five year old Hailey Writer sings “Let It Go,” every morning on the way to school in California; she belted out songs from the Disney hit movie ‘s birthday party in front of 40 guests.

So it was no surprise that she was mesmerized –along with every other child in the place at the Frozen Sing-a-long at Walt Disney World’s Hollywood Studios. In fact, the show, which reprises the story of Anna and Elsa complete with music and special effects, is so popular that it is moving to a larger theater.

Waiting to meet Anna and Elsa—along with the other princesses—at Princess Fairytale Hall at the Magic Kingdom might require hours of waiting if you haven’t planned ahead and secured a FastPass.

More than a year and a half after Frozen debuted in theaters, it’s popularity if anything is even stronger.  Just ask Emma Haron, 7, here from Ireland , who ranks meeting Anna and Elsa and seeing the Sing-a-long (twice!) as her favorite Disney experiences along with riding Splash Mountain.  “Everyone in Ireland loves Frozen,” she said.

Parents like the message of the film—that a prince isn’t always a good guy, that sisterly love can be true love. Besides, said Helen Acosta, here with her daughter, “It’s a good message that you’ve got to Let it Go sometimes!”

“I like Anna best because she is dorky and funny. I can relate to her,” added Jailyn Acosta, 10, here from Virginia.  “And the snow is so pretty.”

“I like Elsa and her special powers,” said Emma Eckert,11, here from Pittsburgh. 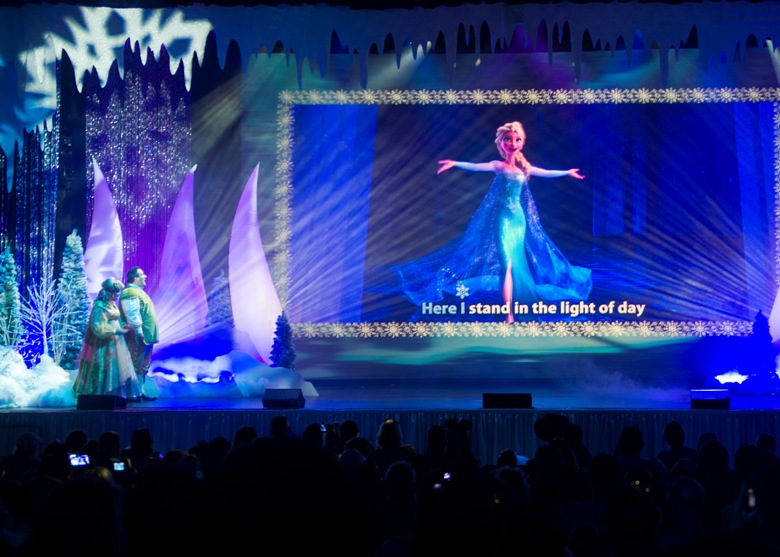 If you are living with a Frozen-obsessed little girl or have one in your life, from June 17 to September 7, 2015,  join Frozen Summer Fun: A live experience  at Walt Disney World  Hollywood Studios where you’ll see  see Queen Elsa and Princess Anna as they head down Hollywood Boulevard during the coolest procession of the summer—complete with skates, skiers, ice cutters, Olaf and even Kristoff, the “official Arendelle Ice Master and Deliverer”  and a new Elsa float that is said to look like her ice palace. In addition, be on the lookout for Olaf—everyone’s favorite summer-loving snowman—as  walks around and talks to guests.

Join in the and stick around for the  DJ dance party and  Frozen fireworks display complete with Character appearances.

No worries if you can’t get to Orlando:

Said Emma Eckert, “You are never too old for princesses!”