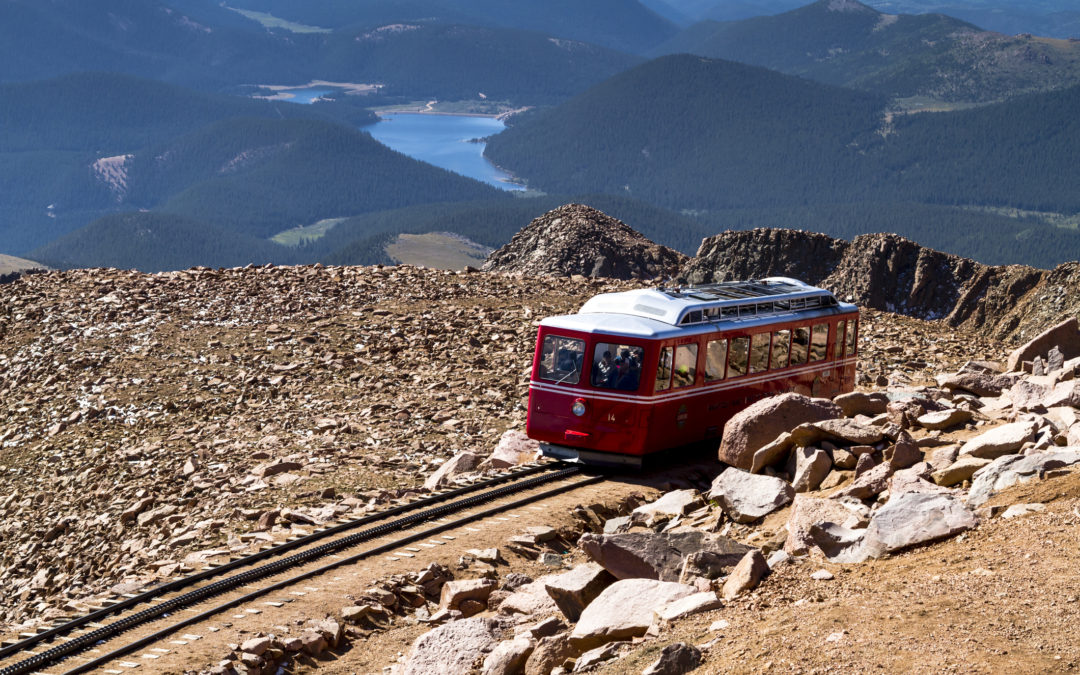 Katherine Lee Bates wasn’t bargaining for such an exhausting adventure.

“One day some of the other teachers and I decided to go on a trip to the 14,000-foot Pikes Peak,” the young English professor wrote. “We hired a prairie wagon. Near the top, we had to leave the wagon and go the rest of the way on mules. I was very tired. But when I saw the view, I felt great joy. … All the wonder of America seemed displayed there…”

That was in 1893 when Bates, a professor at Wellesley College in Massachusetts, was spending the summer teaching at Colorado College in Colorado Springs, Colorado, (the alma mater of two of my daughters and son-in-law). When she got back down the mountain, she hastily scribbled the poem that would become “America the Beautiful,” first published two years later. Samuel Ward had composed the music even before Bates wrote her poem, but it wasn’t until 1910 that the music and the poem were first published together and titled “America the Beautiful.”

On the clearest days, you can see five states (Colorado, Arizona, New Mexico, Utah and Kansas)!

Who cares, your kids might ask? You might suggest while traveling this summer that exploring the spectacular sites at our national parks might inspire them to appreciate nature in all its glory, especially at Pikes Peak, the highest summit of the southern Front Range of the Rocky Mountains and a top Colorado tourist destination.

It’s no wonder that the Broadmoor Manitou and Pikes Peak Cog Railway, which has just reopened after a nearly four-year renovation with new tracks, new trains, a new depot, and new visitor center, is hugely popular taking 200 visitors at a time up what’s known as “America’s Mountain.” And just outside Colorado Springs in the small town of Manitou Springs there are plenty of quirky shops for souvenir browsing. (Get a great breakfast at Adam’s Café!)

This is the world’s highest and the world’s longest cog railroad, the highest railroad in the United States. In fact, it’s the highest and longest in the entire Northern Hemisphere. There is only one other railroad like this in the United States and it’s the Mount Washington Cog Railway in New Hampshire. Pikes Peak is a national historic landmark.

And just as Bates was inspired, so are visitors today. Annually, more than 750,000 people reach the summit via the Pikes Peak Highway, the Manitou and Pikes Peak Cog Railway, or, for the more adventurous, the Barr or Crags hiking trails.

“The most exciting part was the view — and the train ride,” said Shreya Gupta, 10, visiting with her family from Atlanta, Georgia.

“I love the train and all the views of the mountains, it’s amazing” said Tim Provost, from Kentucky. His 13-year-old son Ryan not so much. “He’d rather be at the hotel playing Xbox,” Provost said ruefully.

Consider that before you plunk down more than $60 per ticket. (Some hike to the top. You can also bike or drive 19 miles to the top of Pikes Peak. If you drive, the winding toll road costs $40 per carload of five passengers, or $12 per adult and $4 for kids 6 to 15.

“The road was nerve-wracking,” admitted Ali Balash, 12, visiting with her family from Fairbanks, Alaska. “But I liked the view.”

Her little brother River, 6, meanwhile, thought the best part “was seeing my sister so scared!” Unless you have kids in car seats or are traveling with those with challenges, wear your hiking shoes or be prepared to take a shuttle to the top. Shuttles this summer will be mandatory from mile 16 to the summit. Vehicles with children in cars seats or passengers with ADA requirements will be allowed to summit in their own car.

Stop along the way at the North Slope Recreation area where licensed fishermen can try their luck for elusive trout in three different lakes (May to Oct) and adventure-seekers can hike and bike on nearby trails.

On the packed train, our affable guide David kept up a running commentary as we rode up the 8.9 miles, at some points gaining 25 feet for every 100 feet in search of the elusive yellow-bellied marmot, Big Horn sheep and mule deer. We also passed towering Ponderosa pines and Aspen trees that will be especially beautiful when they turn colors in fall.

David told us it all started with a mule in the late 1880s when Zalmon Simmons (yes, he was the Simmons who founded the Beautyrest Mastress Company) took a two-day trip to the summit on a mule to check on one of his inventions, telegraph wires that ran to the summit.

He decided the views were so terrific that more people should be able to access the summit in an easier way. Track was laid and the first riders made it to the top of Pikes Peak on June 30, 1881 with engineers shoveling coal to get the steam locomotives up the mountain.

Spencer Penrose, the larger-than-life owner of the sprawling Broadmoor Hotel in Colorado Springs, bought the railway in 1925. Today, you can also get away at the Broadmoor’s Ranch at Emerald Valley (the chef will prepare the fish you’ve caught) or at Cloud Camp, which in Penrose’s Day was a private hunting lodge. The Broadmoor has also opened a Fishing Camp on the Taryall River with restored miners’ cabins and five miles of private waters, all part of The Broadmoor’s wilderness experiences.

You can also zipline in South Cheyenne Canyon (10 ziplines, suspension bridges and a 180-foot rappel) or simply hike around Seven Falls, a series of waterfalls (a 181-foot drop) in a 1,250-foot-wall box canyon less than a mile from The Broadmoor. Can you climb 224 steps to the hiking trails?

At the new Pikes Peak Visitor Center, a partnership of the City of Colorado Springs, the U.S. Forest Service, the U.S. Army Research Institute of Environmental Medicine and Colorado Springs Utility, there are new outdoor viewing spots around the summit with interpretive rails describing the summit to help visitors understand what they are seeing.

New permanent indoor interpretive exhibits when opened will include interactive digital features that will bring the mountain to life and allow visitors to weave their own personal experiences into the mountain’s story.

Up here, you really will see “America the Beautiful” and “purple mountain majesties above the fruited plain.”