Orlando’s Terminal C Is A Destination In Itself 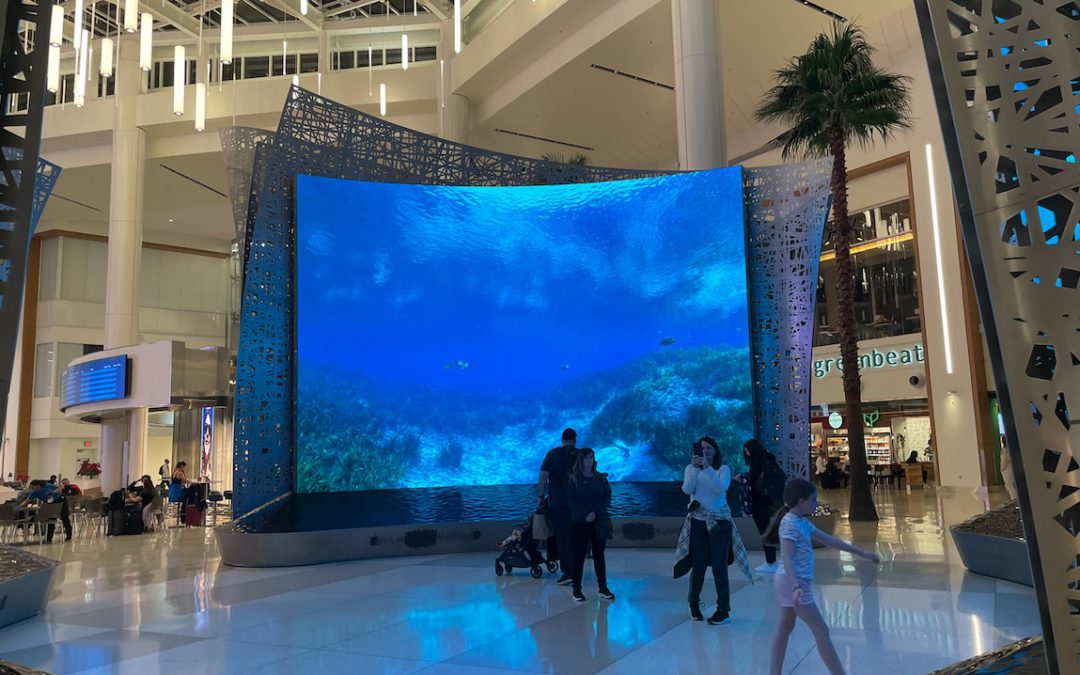 Could it be possible for you to just want to travel to a destination without ever leaving the airport, all because the terminal is a destination in itself? Maybe. Orlando International Airport’s Terminal C is one of those places that will make you want to stay at the airport, despite the fact that world class theme parks like Walt Disney World and Universal Studios are only minutes away.

Open only for a few short months, some would say that the terminal was designed as a shrine to air travel and conveniently built right in the middle of the nation’s tourism capital – Orlando. The moment you make your way through to ticketing or step off a plane, you can’t help but notice the technology, comfort, luxury and elegance that the terminal displays.

“I definitely like this terminal better,” says 15-year-old traveler Nicola, who was on her way to London on a British Airways flight. “The security line was much easier and I like that there’s a Shake Shack here. The Disney Store is also the prettiest one I’ve ever seen.”

But don’t think that Terminal C is all glam and glitz. Those passing by can experience some local retail therapy as they travel via Terminal C. Themed shopping experiences from Walt Disney World, Universal Orlando and SeaWorld feature direct access to the best souvenirs. Other shopping options include newsstand and gift shops like 3Sixty Duty Free, TripAdvisor, The Scoop, Gatlin Trade, Sunglass Hut and Brighton. The all-new City Arts Market will bring the Orlando art scene to the traveling public by featuring products created by local artists. Terminal C will also have its own automated Transportation Security Administration checkpoint, with the goal of keeping lines to a minimum. The new terminal is expected to increase the number of people traveling through the airport by 60 million people annually.

Terminal C’s Gates C230-C245 include all of the following:

Here are some other cool Terminal C technology features that you won’t see anywhere else:

In other words, gone are those days when you lost your luggage and have to wait 48 hours before they reach your destination.

And because Orlando is always growing and expanding, Terminal C is to add new gates in the near future. Plans filed with the Federal Government will add on four new gates that officials say will increase passenger capacity at one of Florida’s busiest airports.

Give us a hotel key room and a pillow, and Terminal C is the only destination that we need to be in right now. Hopefully that will happen soon.