PACKING SMART FOR FLIGHTS THIS SUMMER 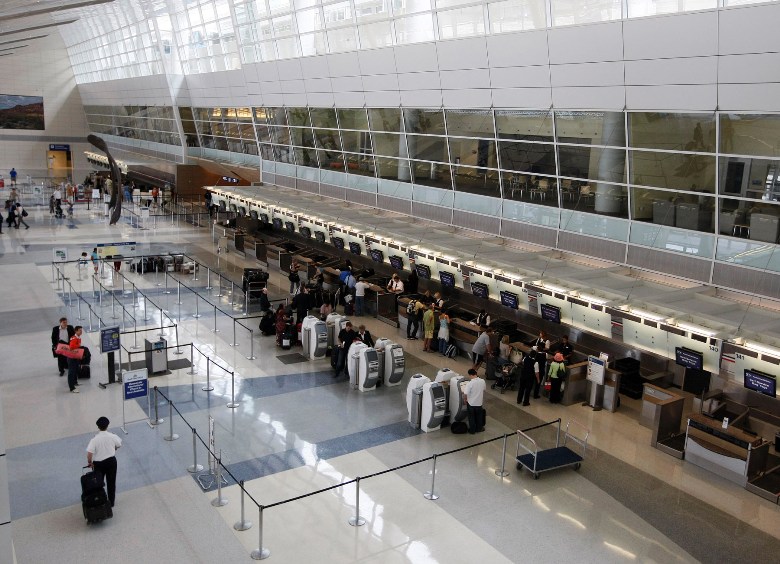 Is there any good news for family fliers?

No one knows when or if other airlines will follow American’s lead. “We are seriously studying it,” said United spokesman Robin Urbanski. Blame it on oil prices. This is being done, the airlines say, in an effort to defray spiraling fuel costs that have already cost them billions. They’ve already cut back on food and number of flights. They’re upping fees for pets. Be prepared for higher ticket prices and even less room in the overhead compartments as passengers try to cram even more in their carry-on bags.

The record-high gas prices are already making nearly 60 percent of us rethink summer vacation plans, according to the latest Discover U.S. Spending Monitor, which polls consumers daily on their spending habits.

So what’s the good news? First, we do have summer and time with the kids to look forward to (assuming they don’t drive us nuts the first day of vacation.) We’ve got plenty of ammunition now for why our teenage daughter can’t bring every pair of sandals she owns on vacation this summer and why the 4-year-old can’t bring his entire collection of dinosaurs, including the big ones.

We’re all going to have to pack smarter — even the kids. (Ask your teen if she’d like to give up some of her souvenir money to pay the fee for checking that second bag or for checking one that’s over the weight limit.) At least American Airlines will still allow you to check your stroller, car seat and wheelchair for free, as will other airlines. (But read the fine print on your airline’s Website before you head to the airport. Every airline has different rules — and fees.)

“The key is laying it all out and putting half of it back in the closet,” says longtime Alaska Airlines flight attendant Rene Celestin, who travels often with her husband and two kids. “It’s nice to have something new every day, but it’s not practical.”

That goes for shoes too. “If I’m traveling with my children, I just don’t bring nice shoes,” says Veda Shook, a mom and flight attendant who also is a vice president of the International Association of Flight Attendants. Don’t bring shirts either that will only go with one outfit – for the kids too. “Use self-restraint,” Shook says. “Bring a scarf instead of a whole other outfit.”

“It’s carry-on or bust,” says Carol Austin, of Austin-Lehman Adventures. This summer, her family, including two teens, will travel overseas with only carry-on luggage (no worries about luggage getting lost that way). “I love clothes and shoes but I figure if I start convincing myself now I’ll be OK by July,” she says.

Besides, you can find a place to do laundry wherever you are going – even in a hotel sink. Look for clothes made of quick-dry fabrics, Austin suggests. Even traditional adventure clothing manufacturers like Ex Officio (www.exofficio.com) now make many shirts, shorts, and zip-off pants for kids. So does LL Bean (www.llbean.com) and Austin says you can find less expensive variations at major discount stores like Target. I’ve become a fan of clothing that also has built-in protection from pesky bugs and lasts washing after washing (www.insectshield.com).

“Get the kids involved,” so you don’t pack those shorts they hate,” says Kelly Vrtis, a Dallas mom of two young children and spokesman for the Container Store chain. I like the inexpensive travel space bags that the Container Store (www.containerstore.com) sells that allow you to compress your clothes and maximize your suitcase space. Vrtis suggests Eagle Creek’s “Pack-It Cubes,” soft-sided, see-through bags that allow you to be even more organized and make it easier for the screeners to see what is in your bag, without taking everything out. Of course, Ziploc bags work too.

Throw a change of clothes for the kids into a travel cube and take it on the plane in your carry-one bag. They are bound to spill their drinks all over themselves if you don’t!) Don’t forget plenty of diapers (you’ll be hard-pressed to find any on a plane, or even in an airport), healthy snacks, water and toys and games to keep the kids occupied. (Maybe this is the time to invest in a portable DVD player.)

And if you are toting a car seat, use it on the plane! Your baby or toddler not only will be more comfortable, which means you’ll be more comfortable too, but safer, according to the FAA. (Check http://www.faa.gov/passengers/fly_children/) Yes, you will have to purchase a ticket if your child is under 2 (if you are flying overseas, many carriers offer “infant” fares), but you wouldn’t get in a car without your child being properly restrained. You don’t want him to go flying – literally — if the plane hits severe turbulence. Use the car seats for the kiddos you’ve bought seats for too.

Let’s not forget that you not only must pack fewer bags but make sure they don’t go over 50 pounds on domestic flights to avoid even more charges. New lighter-weight luggage can help, like the well-priced Carryall line from L.L.Bean, which, according to LL Bean luggage designer Steve Jordan, is 50 percent lighter and designed so that you can maximize the space. Eagle Creek’s new Hovercraft bags (available from The Container Store) are also a good, albeit more expensive bet.

Sure it’s going to be a challenge to pack lighter – as much of a challenge as traveling with the kids.

See you at the airport. I’ll be the one with the impossibly small bag.

E-mail me your tips and trick for packing smarter to Eileen@ttk-old.o2dev.net