Plans go awry – not necessarily a bad thing on vacation 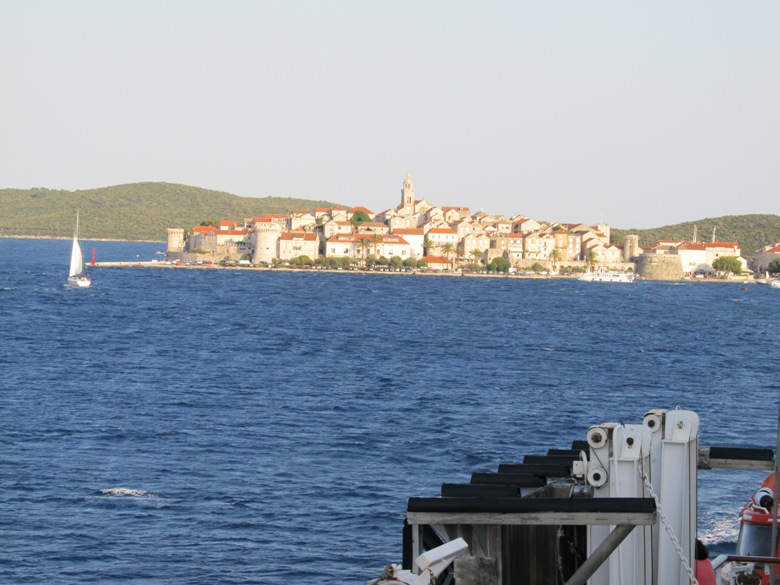 All my plans for this week have gone awry.  The freak snowstorm that struck the Northeast over the weekend knocked out our power in Connecticut and we have no clue when it may be restored.  After one cold dark night in the house, we decamped to New York City last night and likely will be hotel hopping the rest of the week (if we can even find a room as the NY Marathon is this coming weekend).

But thinking back just two short months, on a memorable cruise in the Adriatic and the Med aboard the Wind Surf, I determined that when plans go awry on vacation, it’s not always a bad thing.

We arrived on the Croatian island of Korcula-—a beautiful town with medieval walls that is on the sixth largest Adriatic island—nearly 20 miles long and three miles wide known for vineyards, olives small groves and more.

I thought that a friend of a friend who is a local guide was going to meet us.  After several calls, I learned he was miles away–miscommunication that often happens when you are traveling.

What to do? We happened on a walking tour led by a longtime local. Just 3,500 people live here and the town is so quiet at night, “You can walk around naked and no one will even notice or see you because everyone is home,” joked our guide Katija Tedeschi.

There were few tourists. They all seemed to be in more famous and larger Dubrovnik.  Katija showed us the churches dating back to the 14th and 15th Centuries. Streets are laid out so that the townspeople would get the maximum sea breezes. The doctor’s house was paid for by the town officials in order to examine everyone who came in to protect the town from disease (it didn’t work because plague wiped out 60 per cent of the population at one point.)

I couldn’t believe the manuscripts we saw with the writing still perfectly clear that are from the 15th Century …. the vestments embroidered by nuns in the  in the 15th Century… the Tintoretto painting… even a necklace of gold given to Mother Theresa after she won the Nobel Prize and gifted to a young priest she had worked with who was from Korcula.

Korcula is charming with narrow streets, tiny shops and uneven cobblestones that are steep. I don’t care whether Marco Polo was born here (there is no proof he was) but vendors do because there are Marco Polo shops everywhere. Apparently, he did fight in a losing battle against Genoa here and was captured and put in prison where he told his tale of his fantastic Chinese adventures to a fellow prisoner named Rustichelli who turned it into a best seller called “the Million” (because Marco Polo was always saying he saw a million of this and a million of that).

After our tour, we were looking for a snack and Katya’s daughter recommended a tiny restaurant Maje I Tonke  .  It took us asking directions and several wrong turns on the narrow street that was less than five feet wide to find it only to discover they were just closed… ”Come back tonight,” the young owner said.

“We have to go back to the ship,” we said, gesturing to where our ship, the Wind Surf was anchored just offshore.  That was all it took to reopen (soon there were other customers as well).  She set us up with an oilcloth flowered table cloth outside overlooking the harbor and served us some of the house specialties—grilled eggplant, tuna,  homemade goat cheese and homemade smoked ham, marinated anchovies, hummus, marinated zucchini, homemade bread followed by onion marmalade and polenta and the local wine—just $80 for four of us.

This tiny restaurant  was about the size of a NYC apartment kitchen run by two smiling young women in their 20s who made sure to tell us they were serving “different” food from the typical fare here of fried fish and fried potatoes.

We complimented them on the cooking and the view—overlooking the medieval walls to the sea beyond—and toasted our good fortune in Korcula with new-found friends.

Sometimes, we decided, no plans are the best plan on vacation.