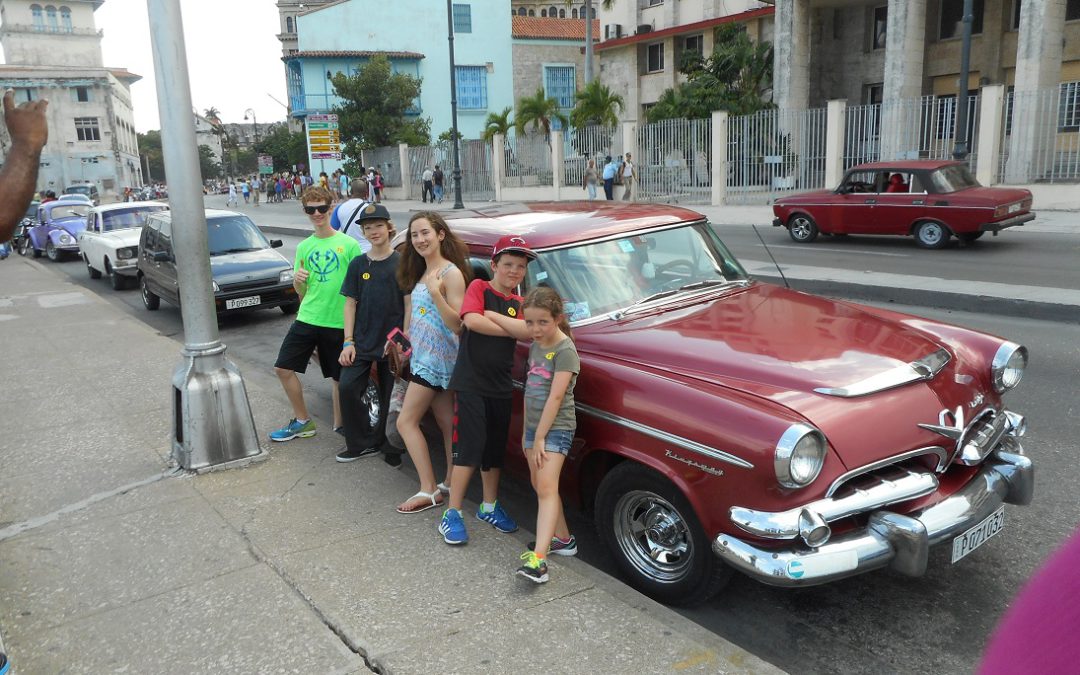 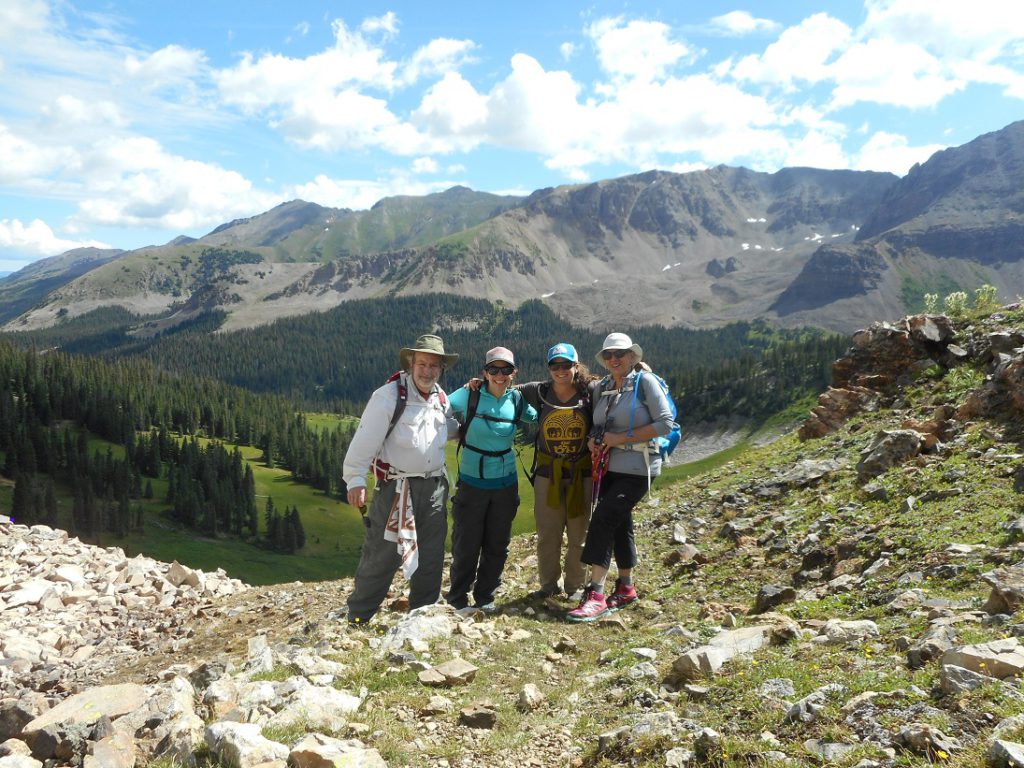 It’s all about the memories.

Ask anyone what they want from vacation and, besides a good time, they’ll likely answer that they’re after lasting memories for their family. In fact, for many of us, the most lasting vacation memories are from childhood vacations. Parents tell me that chance to create memories before the kids get too old is the key in their vacation-planning and spending.

I always think about memorable adventures this time of year, especially putting up our Christmas tree. Everywhere we took the kids — Paris a few months after 9/11, on a fishing boat in Alaska, camping in Costa Rica, sailing in the Caribbean, staying in a creaky castle in Wales, hitting the Orlando coasters — I’d get each child an ornament (the tackier the better) and mark them with the year and the place. The kids would make fun of me, but those tacky ornaments make me smile every holiday season, no matter who is home to help decorate the tree.

In hopes of inspiring memorable travel for your family in 2017, here are five 2016 adventures that we won’t soon forget: 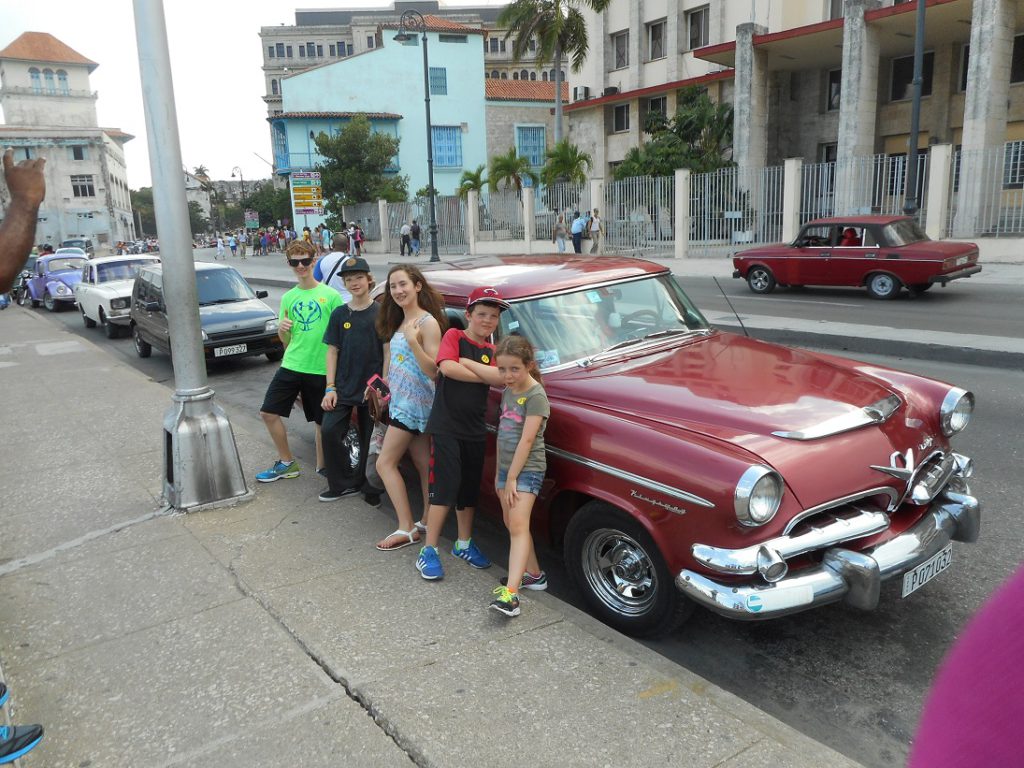 Kids from our cruise ship, Fathom Adonia, hamming it up next to an old American car in Havana

CUBA. We were fortunate to be aboard the first American cruise ship to sail into Havana Harbor in nearly 60 years. We received such an amazingly warm welcome and Havana is such a beautiful historic city. So many classic cars! One 12-year-old opined the trip was especially exciting ‘because no one I know has been there.” Now, with airlines, including Jet Blue, Southwest, Delta and United, flying from the United States to Havana, it is even easier and affordable. With Fidel Castro’s death and renewed relations with the United States, “These are historic times for both the U.S. and Cuba, and traveling to this amazing country still remains a special opportunity that any American should seize,” suggests Tom Popper whose company, InsightCuba, specializes solely in legal people-to-people travel to Cuba for Americans and has been arranging trips since 2000. We can only hope that president-elect Donald Trump doesn’t roll back the historic openness.

BERLIN. Your teens will love this city’s hip vibe and you’ll love that it is significantly cheaper than visiting Paris or London. Berlin is a terrifically vibrant city that enables you to teach the kids some history, especially about the Holocaust and the Cold War, while exploring that rare place where technology, tolerance and the arts, including fashion and modern design, have all come together. Since reunification, historic buildings have been restored and new ones built. (Check out the App “Going Local Berlin.”) Another plus: Everyone speaks some English.

HITTING THE TRAIL. We’ve done lots of hikes in 2016, but none more memorable than the iconic hike over the East Maroon Pass from Crested Butte, Colorado, to the Maroon Bells and Aspen. There are two routes to take, but the most popular is the West Maroon Trail, which is a little more than 10 miles. We hiked this trail four years ago.. This time, my daughter, Mel, who lives in Crested Butte, suggested we tackle the longer (16 mile) East Maroon Trail because the ascent and descent was more gradual and, just as important, it wouldn’t be nearly as crowded as the West Maroon Trail. My husband and older daughter, Reggie, also an accomplished backpacker, were along, and it was gratifying to relax and let the kids lead the way, spending time away from electronic gadgets and work in such a spectacular locale. The mountains! The wildflowers! Wherever you go, for a memorable experience, get outdoors and try snowshoeing in winter or head to a national or state park. Remember fourth-graders and their families are admitted free to our national parks.

TRAVELING ABROAD IN THE AGE OF TERRORISM. On Carnival’s biggest ship VISTA and a new Tauck river cruise, in big cities like Rome and small German towns, I didn’t meet any Americans who were sorry they were traveling overseas with their kids, despite terrorist attacks and U.S. State Department warnings. “You can’t live your life being afraid to go anywhere,” one mom told me. With the dollar so strong — especially against the British pound post-Brexit — this may be the year to introduce kids to a new culture and give them a first-hand view of what they’ve been studying in school.

INSPIRING THOSE WITH SPECIAL CHALLENGES — AND GETTING INSPIRED BY THEM. We spent time at the National Sports Center for the Disabled (NSCD) in Winter Park, Colorado. In its 46th year and the oldest such program in the country, NSCD has made winter and summer adventures possible for thousands of adults and kids with disabilities … and their families. Some visitors travel from as far away as New Zealand and Japan to participate. “Just being outside makes you energized,” one young woman said, explaining that in her real life, her wheelchair sets her apart, but here, everyone needs equipment to get down the mountain.

Adaptive sports programs are about much more than the activities themselves, says Kirk Bauer, the executive director of Disabled Sports USA, which has some 124 chapters across 42 states, including 75 at ski resorts. There are winter and summer programs in Park City, Utah, at the National Ability Center, including camps for children and teens on the autism spectrum, in Crested Butte, Colorado, at the Adaptive Sports Center and Breckenridge, Colorado, at the Breckenridge Outdoor Education Center where my daughters volunteered when they were college students, and also in Vermont. Fees are charged on a sliding scale, but many families don’t know these programs exist. Help spread the word!