Setting Sail on a Weeklong Cruise on the Norwegian Gem 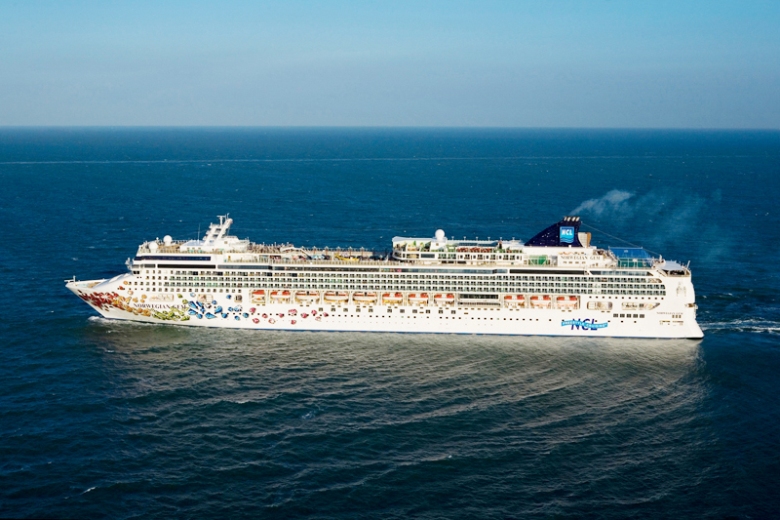 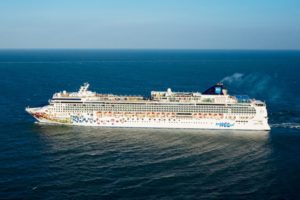 We’re sailing by the State of Liberty and someone is belting out God Bless America over the sound system as kids and adults, bundled against the last day of February cold crane their necks to get a good view — and a picture.

Welcome aboard the Norwegian Gem, the ship that sails from New York to Florida every Saturday. It may be chilly, but cruisers are sipping Sail Away special cocktails and lining up for barbeque on deck as music plays. The kids are eyeing the hot tubs longingly (maybe in a day or two when we reach Florida!). In the Spinnaker Lounge, with its big comfy couches and chairs and picture windows, meanwhile, preschoolers have taken over the dance floor while the band plays Big Band Tunes. Some parents dance along with them; others snap photos and sip their drinks.

Could heading out on a cruise be any easier?

I’ve driven from my suburban New York home to Pier 88 in NYC to board the Norwegian Gem (www.NCL.COM). No airport! No worries about lost luggage or missing the ship!

“It’s so much easier with the kids not to fly,” said Danika Dazo, whose five year-old is about to embark on his fourth cruise and her 15 month-old his first. “Two strollers, all that luggage!”

It’s cheaper too, said Pauline Bagnoli — part of group of 40 friends and family — including a gaggle of kids from toddler to age 14 — who drove down from Montreal and spent last night at a New Jersey hotel.

And as soon as you are ushered on board, smiling and energetic staff greeting you, you’re on vacation, adds Susan Cunningham, cruising with her husband and 10 and 17 year-old daughters. The New Hampshire mother adds this may be their last family vacation in a while because 17 year-old Kayleigh is likely to join the military soon.

The real benefit for a cruise — besides the value for their vacation buck — the girls can safely have the run of the ship, says their dad Gordon, a police officer. “It’s always good on a cruise because you go to different places,” says 10 year old Kendra.

And of course there is the food. Before the ship sails, families are digging in to a bountiful buffet. Everything from deli sandwiches and soup to roast chicken to vegetable curry, stir fry noodles and fried rice, pasta, pizza, Caesar salad and ice cream sundaes (rocky road or butter pecan!).

There are places to eat everywhere on this ship — including seven specialty restaurants that require a small surcharge but offer food and service worth it, repeat cruisers say. Take your pick of steak or sushi Italian, French or Latin. And then there are all the bountiful buffets including the “Kids Café” with mac and cheese, burgers, pasta, chocolate chip cookies and apple juice. Kids were watching cartoons as they ate. “This is so much easier with the kids that we can eat whenever we want,” added Danika Dazo.

I wonder how my diet will fare — I’m on Weight Watchers — but I’m gratified to see the low-fat salad dressings and I do fine with a salad and some roast chicken for lunch, bypassing the yummy ice cream and deserts. The question is will my will power hold out for the next week?

I hope going to the fitness center every day will help. There are plenty of machines, yoga and pilates classes and even the option to work with a personal trainer at less than it would cost at home.

Kids are already playing on the large climb-through playscape in the kids’ club while next door, tweens and young teens are trying out WiFi games, foos ball and lounging on the big couches. Once the ship sails, they can opt for “mocktails” here away from annoying parents (Purple pussy cat or Bluezzberry maybe?)

“Everybody gets a break on the ship,” said Kristen Kalafala, who is cruising NCL for the second time with her husband, three year old and this time, with her 7 month old. She’s got her parents along to help and figures she’ll get some “Me “ time at the spa. “Definitely it’s a good vacation value,” she said, echoing what other parents think.

After all, her family didn’t have to fly, pay for food the kids won’t eat, activities for their older daughter or themselves, meals for themselves or entertainment. “Cheaper than Disney,” she declared. And a lot easier with a baby.

“It’s fun for everyone,” said Grace Bucciacchio, here for Spring Break with her kids from Montreal.

And there’s no guilt about spending the money either. “The economy is one reason we felt like we needed a break,” said Gordon Cunningham, the police officer from New Hampshire.

Besides, added Beverl y Neil, who’d gathered her three children, spouses and grandchildren for this trip, “they’ll only be this age once! “