So much to see in Washington D.C. 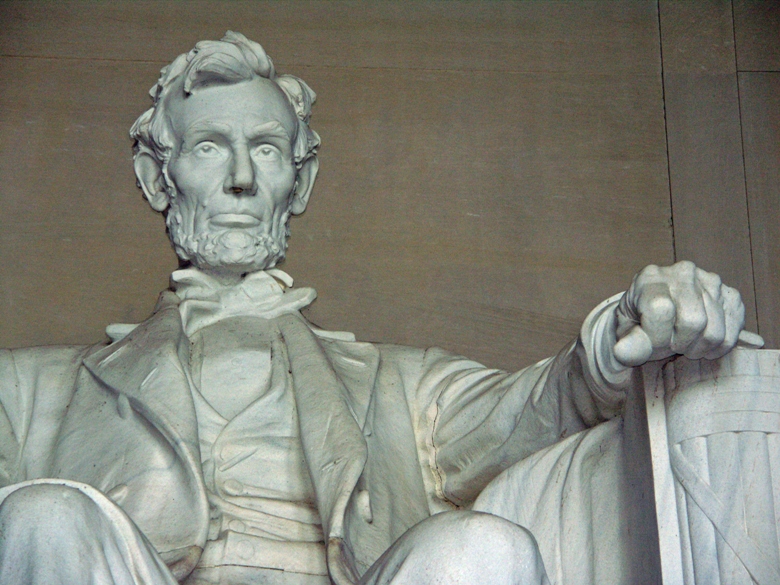 Good thing there is so much space — more than 26 miles of pedestrian sidewalks and 8 miles of bike trails stretching from the Potomac River in the west to Capitol Hill to the east.

We’ve had 46 presidents but only five have been honored with monuments on the National Mall. Can you guess which ones?

George Washington, Abraham Lincoln, Thomas Jefferson, Franklin Delano Roosevelt and Dwight D. Eisenhower. The Martin Luther King Jr. Memorial on the National Mall is the first here not dedicated to a war, a president or a white man. Download the free National Parks app to DC’s national parks and sign on to become a junior ranger (ask at a monument’s ranger station for what you need to do! There may also be special ranger-led activities.)

While you are here, you’ll also visit the famous war memorials on the National Mall. There’s one for World War II veterans, Korean War veterans, and Vietnam veterans. The Vietnam Veterans Memorial has become the home of Washington, D.C.’s most visited sites.

The Lincoln Memorial is typically the most visited. “Any visiting kids HAVE to see the Lincoln Memorial and climb up the (58) steps to go inside,” said Stephen, 10, from Ohio, one of the many kids who offered input for my “Kid’s Guide to Washington, D.C.,” now out in its second edition. (The third edition will be out next spring.)

This month marks the Lincoln Memorial Centennial. The National Park Service has been undertaking a $25 million renovation, adding new services and a new design to enhance the visitors’ experience. It is expected to be completed before the memorial’s centennial celebration with a large in-person community event on May 30. All month, the National Park Service and its partners will offer commemorative activities reflecting 100 years of honoring the legacy of Abraham Lincoln, including the meaning of the memorial and the Lincoln Memorial’s pivotal role in the civil rights movement. It was at the Lincoln Memorial that Martin Luther King Jr. made his famous “I Have a Dream,” speech on Aug. 28, 1963 to massive crowds gathered here. It galvanized the civil rights movement.

Look for the words of Lincoln’s Gettysburg Address and his Second Inaugural Address – his most famous speech – carved in the walls (nps.gov/linc). Inspired by the Parthenon in Athens, Greece, the memorial features a giant statue of the seated Lincoln and murals with allegorical depictions of his greatest accomplishments as president – the reunification of the United States following the Civil War and the emancipation of more than 4 million enslaved people.

Check out the view across the famous Reflecting Pool! You might be able to see across the Potomac to Arlington National Cemetery.

It’s no wonder that many families start their DC exploration at the National Mall to visit the monuments and nearby Smithsonian museums. Don’t miss the new  “Really BIG Money” exhibit at the National Museum of American History. It’s especially aimed at kids and features some 185 objects from the museum’s National Numismatic Collection, including objects that don’t seem like money at all. Who knew the quetzal bird with its flamboyant tail feathers was used as money in Mexico and Central America..

Locals enjoy The museums and the National  Mall, too. It’s a great place for a picnic, a snack, kite flying and Frisbee tossing, especially after spending a few hours In a museum.

Sign on for a family bike tour of the National Mall with BikeandRoll.com. They have kids’ bikes and helmets, e-bikes and also offer a tour to see the monuments at night.

“My favorite memory from Washington, D.C., was visiting all the monuments in the dark. They were all lit up beautifully,” said Greta, 11, from Idaho.  She was one of the kids who offered her tips for my Kid’s Guide to Washington, DC.

May is a terrific time to visit Washington, D.C., — it’s not as hot or humid as later in the summer months – especially with the return of special events, including Passport DC. It’s a month-long journey around the world highlighting DC’s thriving international diplomatic community with 31 days of programming by 70 embassies and some of DC’s very best cultural institutions. The Around the World Embassy Tours — the embassies open their doors to visitors — are a favorite. There are also street festivals, performances, exhibitions, workshops, and more.

Another plus: There may be more free things to do in Washington, D.C., than any other city – more than 100 – because so many of the city’s museums, including the 17 Smithsonian Museums and Smithsonian’s  National Zoo & Conservation Biology Institute. (you don’t want to miss the famous pandas celebrating their 50th anniversary here!)

Be forewarned that the popular National Air and Space Museum is closed for renovation through the fall but the Steven F. Udar-Hazy Center in Virginia is open daily and is also free. See thousands of aviation and space artifacts, including the Space Shuttle Discovery. Check out the Smithsonian’s Fun Stuff for Kids and Teens online.

There are also free concerts (including at the Kennedy Center. Find a full list here. Free White House tours have also returned. (You must request tickets through your Member of Congress at least 21 days In advance.) And while many Covid protocols have been relaxed, check ahead If you need to reserve free timed entry, as is the case at The National Museum of African American History and Culture, the National Zoo and the United States Holocaust Memorial Museum. (Remember the Children:Daniel’s Story is the museum’s primary exhibition for young people as it tells the story of one Jewish family’s experience during the Holocaust from the perspective of a boy growing up in Nazi Germany.

Come June, more than a million people will flock to the National Mall for The Smithsonian Folklife Festival (June 22 to 26 and June 30 through July 4), the largest annual cultural event in the U.S. capital celebrating our country’s cultural traditions and those of traditional cultures around the world. Many come especially for the July 4 fireworks.

Washington, D.C., has taken a leading role in the green movement, and you can support those initiatives by leaving the car at the hotel and biking or taking public transportation. With limited parking, that’s what locals do. The Metro (wmata.com) is convenient, safe, and clean. There are 40 miles of bike lanes on city streets and Capital Bikeshare (capitalbikeshare.com), which is a self-service bike rental program.