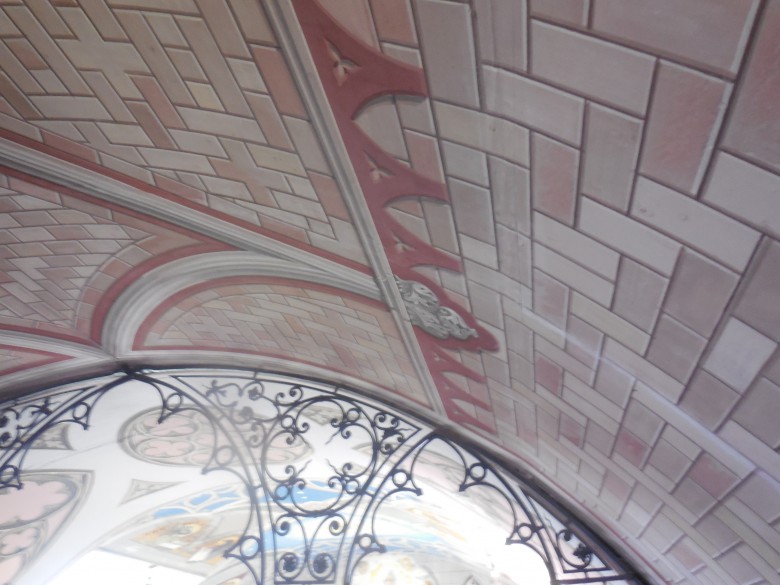 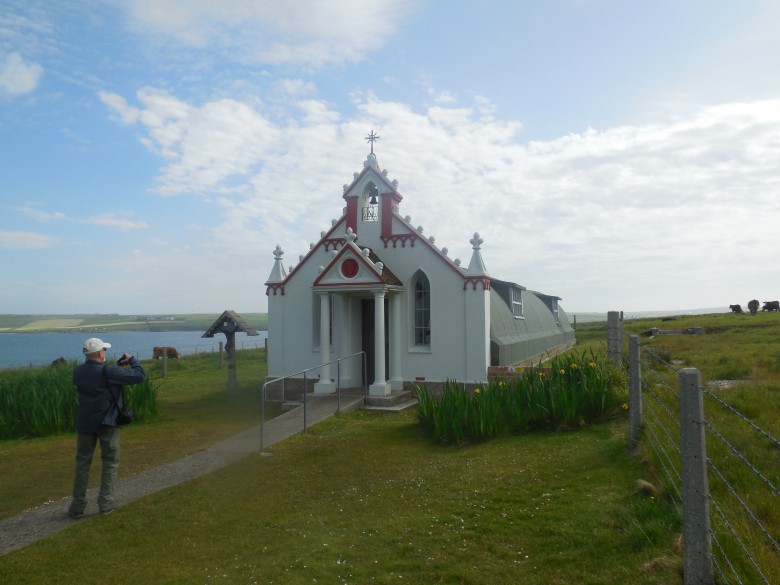 The Italian Chapel in the Orkney Islands

We are in the Orkney Islands, north of the Scottish mainland, on cruise aboard the Windstar Star Legend. We have taken a shore excursion, the highlight of which is another Scotch Whisky distillery tour. The distillery tour (Highland Park) was nice, but first there was an unexpected pleasure. Allow me to explain. 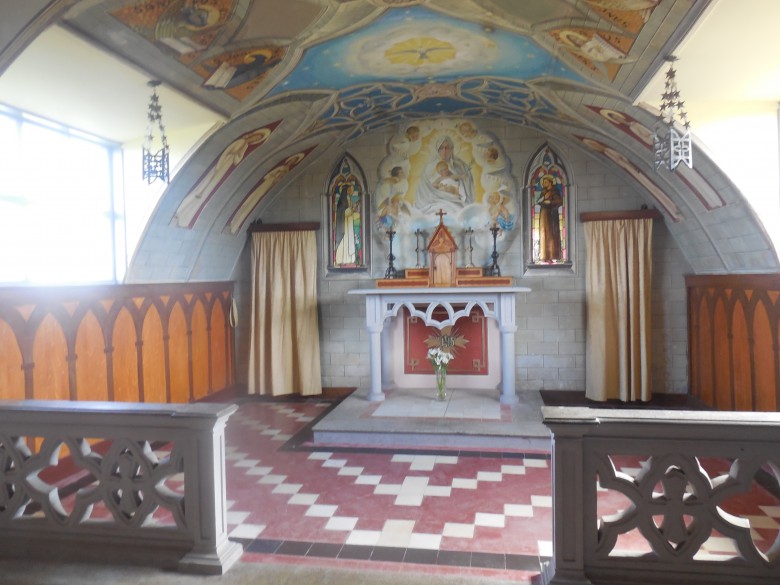 The sanctuary in the Italian Chapel

To start the tour, our bus drove around a large body of water known as Scapa Flow, which during both World Wars was a strategic anchorage of the British Royal Navy.

In the opening months of World War II – October 1939 – a German U-Boat snuck into Scapa Flow through one of several navigable channels to the North Sea.  The U-Boat torpedoed and sank the British battleship Royal Oak with the loss of more than 800 lives. The new wartime Prime Minister Winston Churchill ordered Scapa Flow to be reinforced and a series of concrete block causeways were built to block most of the open channels to the sea to protect against further U-Boat intrusions.

Meanwhile, the British Army was battling Axis forces in Northern Africa and had captured a large number of Italian troops, who were shipped to a POW camp in the Orkney Islands – Camp 60. They were soon put to work mixing concrete and for the huge project of building the causeways. 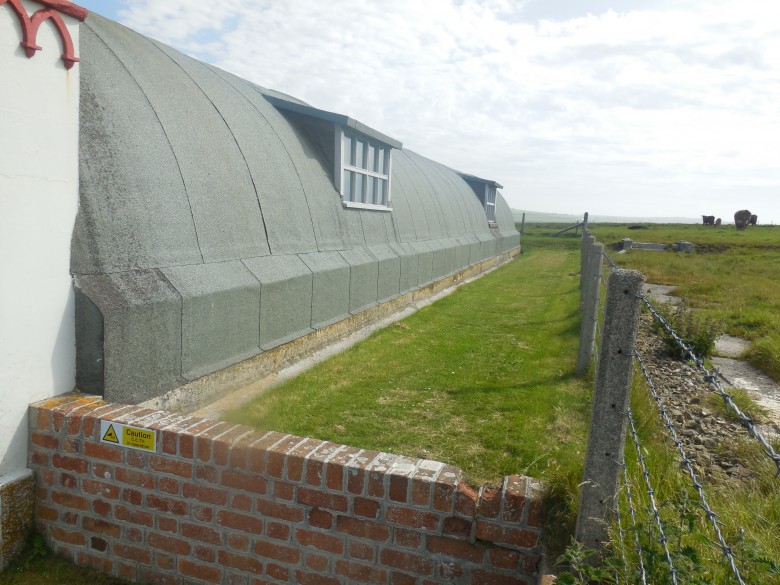 Because of the remoteness of these islands in these cold waters of the North Sea, escape was unlikely. The prisoners were well behaved and were worked under generally good conditions and trust. They were given latitude to improve the drab camp conditions. One particularly artistic POW, Domenico Chiocchetti, sculpted a figure of St. George from a framework of barbed wire covered with cement to preside over the camp “square.”  Other amenities of the camp included a theater with scenery, a recreation hut and even a billiard table.

But one thing their POW camp lacked was a chapel. Many of the Italian POWs were devout Roman Catholics. Even the British War Office felt a chapel was needed. In 1943 a new commandant, Major (later Colonel) T.P Buckland, and a POW chaplain, Father P. Gioacchino Giacobazzi, along with the artist Chiocchetti came up with an idea for a chapel. They put together two standard Nissen huts (similar to American “Quonset Huts”) end-to-end. As they worked, Chiochetti’s imagination took off. With a small band of helpers he created an amazing “trompe d oile” style interior. You think you are walking into a small cathedral. The exterior is appropriately decorated as well so that it is impossible to imagine the original infrastructure until you realize what went into the project.

The prisoners were repatriated when the War in Europe ended in 1945. Nothing of the camp remains save the magnificent chapel, which has become world-renowned and is often referred to as “The Miracle of Camp 60.”

Through the decades, it has been lovingly maintained and, periodically, the paintings restored. Domenico Chiocchetti returned in 1964 as a guest of the preservation committee. Eight of the former POWs returned in 1992 for a reunion; Chiocchetti was too frail to make the trip. He died in 1999 and his widow Maria, son and two daughters traveled to Orkney to attend a Memorial Requiem Mass of Thanksgiving for him in the Italian Chapel that he was so instrumental in building.