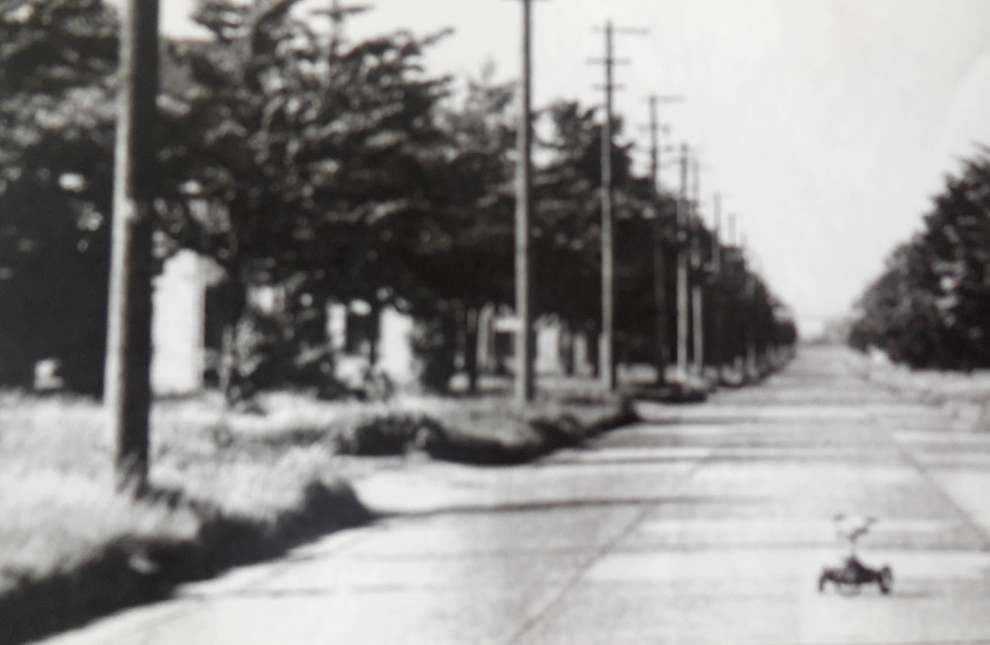 TOYKO (August 2015) – August, the hot month. Seventy years ago this month the world’s worst war ended, 66 years ago I was born and 60 years ago my father, a U.S. Air Force officer, moved his growing family to Japan for four years. So when we had the opportunity to visit Tokyo this month, I naturally thought of my childhood and wondered if we could try to find some of my old haunts.

In 1955, my family sailed from San Francisco to Tokyo on a WWII military transport. The voyage took two weeks and everybody except me got seasick, I remembered. At six, I was the oldest of four kids, the youngest, my only sister, a baby. For the first year in Japan we lived at a small USAF facility outside of Tokyo – my father never told us what he did there although we always suspected it had something to do with electronic eavesdropping on the Soviets. The U.S. military had bases all over Japan during years after the occupation and by the time we came the presence of so many military families in the Tokyo area had resulted in the construction of several family housing areas. In our second year, we moved to a place named “Grant Heights” in northwest Tokyo. Hundreds of American service member families lived there – thousands of kids like me. I remember it much like a small town in America with its own elementary, middle and high school, a commissary, base exchange, movie theater, swimming pool, gymnasium and four little league baseball diamonds where I played ball every summer.

Grant Heights had lots of open fields where I would play with my brothers and school friends. We often played “Army” and when my sister was old enough, at 3, to join us she would be designated the cook. We made snowmen on rare occasion. We had a black-and-white TV, one channel, and watched three shows in English once a week – Superman, I Love Lucy and Highway Patrol with Broderick Crawford.

Our exposure to the Japanese and their culture was limited although on occasion we would visit places like the nearby Toshimaen Amusement Park, where we kids loved the old barge that plunged into a pool of water not unlike Disneyland’s Splash Mountain today. We visited the Ginza in downtown Tokyo and ate sukiyaki at local restaurants now and then.

Once we rode a train to a hot springs resort in the mountains northwest of Tokyo; another time we spent a day at the beach. But mostly we lived and I went to school at Grant Heights. I traded “Mighty Mouse” comic books with other kids in front of the BX; watched “Buck Rogers” serials every Saturday before a movie (“Davy Crockett” being my favorite), and rode my new Schwinn bicycle everywhere. Grant Heights was a safe and secure environment, and — because President Truman had integrated the military more than a decade before the Civil Rights movement – I attended school with kids of all races and nationalities. When, at the age of nine, we returned to the States and spent the summer with my grandparents in a small Texas town, I remember being stunned by the “whites only” signs.

Grant Heights and Japan soon became a faded memory, revived only through old home movies and photos. When I was in my late 30s and early 40s I traveled to Tokyo on business several times but it was a much different world around 1990 and Grant Heights was long gone, the land returned to Japan and the post-war military housing replaced in the mid-1970s by a high-rise residential area named Hikariagoka Park (the name means “Light Heights” in Japanese). On one trip I had a weekend layover in Tokyo and tried to explore the area on my own – I found four empty baseball diamonds (it was early spring so play had not yet begun) that gave me a sense of déjà Vu). I returned hearten at what I had discovered, but longing for more information.

On this trip, my wife (Eileen Ogintz) arranged a guide through Go Tokyo to take us back to Grant Heights and Hikariagoka Park. I was impressed how our guide, Nobuko Iwanami, who once lived in the area, visited the Hikariagoka Library, where they have a small area with materials and photos related to Grant Heights. She had a map showing the layout of Grant Heights, complete with the “Runway” – from a WWII Japanese airfield – that was the main street on which we lived. I quickly recognized the landmarks – the chapel at the north end of the Runway, the officers club at the south end, and the rows and rows of wooden duplexes that made up the military housing. I pointed to a spot on the map – “that’s where we lived, right about there.”

When we arrived at the end of the subway line – Hikariagoka Station – it was literally steps away from where the Yemma family lived in Grant Heights. Nobuko laughed out loud when I reckoned that our house was probably now a Baskin & Robbins. The Runway – it’s now a wide pedestrian promenade, flanked by a large shopping mall and retail shops and restaurants serving the residential high-rise buildings. And while it is a Japanese neighborhood with families on bikes, playing in the park, shopping at the market, American culture is everywhere—from the Disney toys in the shops to ice cream, coffee, pizza and fried chicken.

At the north end of the Runway is a pretty, shaded park with a children’s water playground – and on the hot, humid August day that we visited kids were running and splashing everywhere, just as I remember we did as kids here back in the 1950s. Then, off to the right of the Runway – the baseball fields – still there 60 years later, Japanese boys in uniform and taking batting practice. Nostalgia!

Two subway stops from Hikariagoka we got off at Toshimaen Station and visited the old park – a small but modern theme park with roller-coasters, water-slides and a quaint old carousel (Japan’s oldest) that once was at Coney Island in New York. As we returned to Tokyo, Eileen asked me what I thought about the visit. Did I find any ghosts?

Some things never change, I said, the kids riding bikes, splashing around in the hot weather, the baseball fields. You can go home again.