To Orlando in fall with young kids 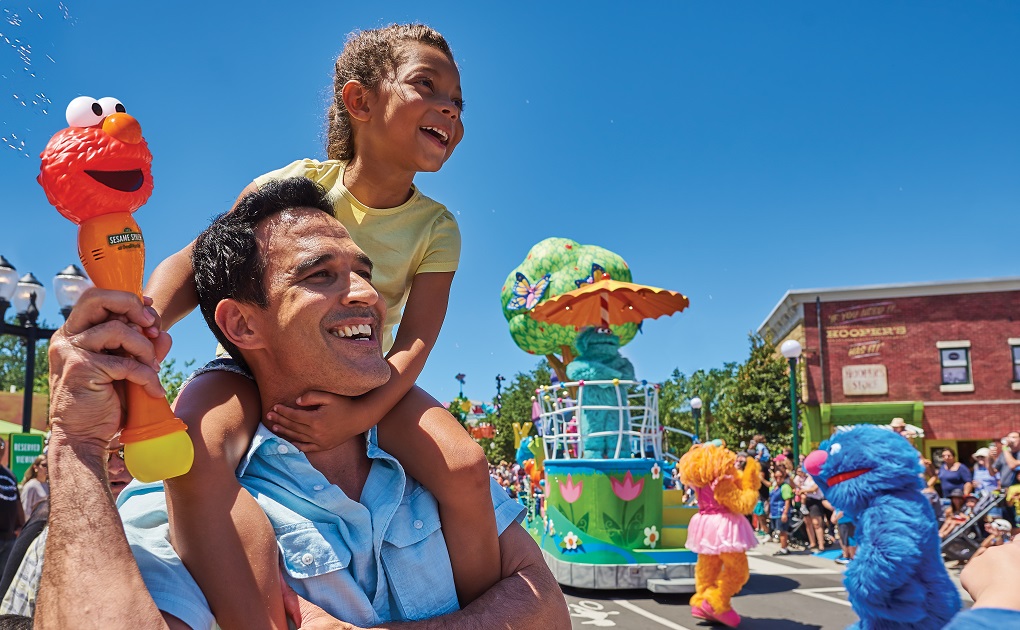 If you think Orlando with toddlers and preschoolers is a nonstarter, think again.

“The Magic outweighs the temper tantrums,” said Melanie Reynolds, here with her 20-month-old from Wisconsin. “There are so many moments when I’ve had tears in my eyes, like when he was dancing with my mom. When you come when they are this little, the magic is for you.”

For grandparents too. “It’s nice to see it through the grandkids’ eyes and see their faces,” said Cindy Dunn here from North Carolina with her daughters and four grandchildren (2 through 9).

And there’s probably no better time with young children than fall when it is cooler, less crowded, and there are plenty of hotel deals, some under $100 a night.

Visit Orlando’s Magical Dining runs from August 26 through Oct 2, with every meal supporting The Able Trust, which works to expand employment for those with disabilities. Three-course meals for $40 at more than 100 restaurants in Orlando, with restaurants’ regular kids’ menus offered. There are special hotel deals with Visit Orlando’s Magical Nights, including resorts with participating restaurants.

There are growing numbers of attractions aimed at young families in and out of the theme parks. They include the world’s first Peppa Pig Theme Park at LEGOLAND Florida Resort with themed playscapes, a water play area, live shows and more. The park is also a Certified Autism Center. LEGOLAND Florida Theme Park boasts a DUPLO Tot Spot, designed specifically for children under the age of two, and Ford Driving Jr. School, a driving course for ages 3+, among the attractions (kids two and under are free).

Sesame Street Land at SeaWorld Orlando, also a certified Autism Center, is the place to dance along with favorite characters at the Sesame Street Party Parade. SeaWorld’s Dolphin Nursery enables even the littlest visitors to peer through portholes at the baby dolphins.

Certainly Universal Orlando, with two parks, is known for its thrill rides and the Wizarding World of Harry Potter. But there’s plenty for the preschool set.

Seuss Landing at Universal’s Islands of Adventure includes One Fish, Two Fish, Red Fish, Blue Fish aerial carousel ride, The Cat in the Hat indoor ride and Caro-Seuss-el, a classic carousel with a Seuss twist and a green eggs and ham dish.

At Universal Studios you could spend hours at Woody Woodpecker’s KidZone with E.T. Adventure, Animal Actors on Location, Woody Woodpecker’s Nuthouse Coaster and the DreamWorks Destination with the chance to meet favorite characters from Shrek, Kung Fu Panda and more.

All of the Disney parks now have plenty for young park goers, starting with classic Disney attractions, including Dumbo the Flying Elephant and Peter Pan’s Flight in the Magic Kingdom. Young families gravitate to Toy Story Land, Mickey & Minnie’s Runaway Railway and Lightning McQueen’s Racing Academy at Disney’s Hollywood Studios, the new Kite’s show and Boneyard outdoor play area themed to a dinosaur dig in Animal Kingdom. There has been a concentrated effort to offer more for young families at Epcot, including Frozen Ever After, Remy’s Ratatouille Adventure and the Advanced Training Lab, a high-tech play area with space-themed games in Epcot among them.

There are plenty of amenities – stroller rentals, the ability to swap child-minding so both parents can ride an attraction without waiting in line twice, mobile ordering to get food faster and healthful choices. (You must ask for fries; otherwise kids’ meals come either with carrots or fruit.)

The Magic Genie+ service, though an upcharge, was a godsend for some young families I met; The extra $15 a person (ages three and up) gets you access to “Lightning” Lanes on certain attractions that get you in without a wait.

However be forewarned that some of the most popular attractions for young families, including Remy’s Ratatouille Adventure and Frozen Ever require a per-ride purchase. Prices vary (it can be more than $10 per person per ride) depending on crowds and date.

Meanwhile, besides the terrific water play areas at Disney hotels, Disney Springs, families agree, is a welcome respite from the crowds at the parks. There is a lot of outdoor space and entertainment and more than 60 food choices. With the huge World of Disney and LEGO stores, it’s perhaps the best place to get souvenirs. Even fine-dining restaurants are kid-friendly. “Honestly, I like STK at Disney Springs with my 3-year-old because the music is loud and I don’t worry about her having to be quiet,” said Jessica Bozeman, who lives in Orlando.

Parents of young kids suggest staying on property wherever you are spending most of your time. Disney World, with 32 resorts and hotels, have something in every price range from villas to unique accommodations (see the giraffes and zebras from your balcony at the Animal Kingdom Lodge; stay in a family suite themed to favorite movies at Disney’s Art of Animation Resort. (Disney+ subscribers can save up to 25 percent on rooms through the end of September.)

Local families note there is much to do outside the parks — Tibet-Butler Nature Preserve with its butterfly garden, The KidsTown exhibit at the Orlando Science Center with interactive zones for kids ages 7 and under; the Crayola Experience at The Florida Mall (paint with melted wax!).

But even in kid-centered Orlando, traveling with toddlers is never easy. They get tired, hungry and cranky at the most inopportune times.

Even with grandparents along and willing to babysit, one mom confessed she and her husband were too tired to go out in the evening. “I had no idea how exhausting it would be,” she said.