To San Francisco to commemorate the “summer of love” 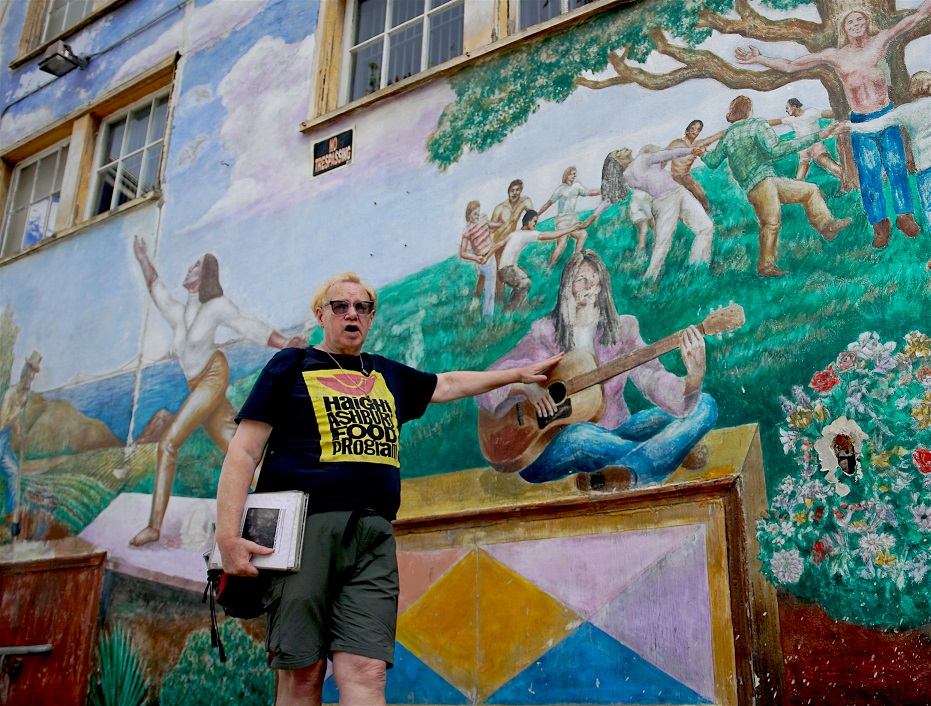 Take the kids and grandkids to San Francisco where the city is marking the 50th anniversary of the Summer of Love with a year’s worth of special events, exhibits, concerts and more.

For those too young to remember, San Francisco was a magnet in the late ’60s for musicians, artists and rebels of all stripes, including 100,000 young people, “Flower People,” who found their way here, especially to the district of Haight-Ashbury. They protested war, launched the natural and organic foods movement and encouraged new music.

“The legacy that persists from that time is that if you saw a problem, you tried to fix it,” said Stan Flouride, an artist and amateur historian who has lived in the Haight since 1982 and offers the Haight Ashbury Flower Power Walking Tour, which covers 12 blocks where music greats, including Janis Joplin, the Grateful Dead, Jimi Hendrix and Joni Mitchell, lived and made music.

There was a Haight Ashbury free clinic, a bulletin board and a roommate referral service, Flouride said, pointing out where the Jefferson Airplane and the Grateful Dead rehearsed, and The Diggers, an organization that prepared and served free food and organized free concerts, worked.

“In the summer of 1967, San Francisco was fertile ground for an emerging counterculture movement that blossomed into a season that changed the world, giving rise to art, technologies, revolutionary politics, the international hippie lifestyle, and fostering emerging rock musicians — all of which continue to resonate today,” notes Dr. Anthea Hartig, executive director/CEO of the California Historical Society, which has rallied partners throughout the region to this comprehensive celebration.

Why was the Haight the epicenter? Students and hip artists, musicians and civil rights activists moved here for affordable apartments and an accepting neighborhood, Flouride explained. First called “hipsters,” they became known as “hippies,” and not in a positive way.

Today the Haight is a mixture of tourist stores, those selling tie-dyed clothing and murals like Jammin on Haight, popular vintage shops like Buffalo Exchange and the Psychedelic Shop, which opened on Jan. 3, 1966 as the first head shop in America. There’s also Love on Haight, a boutique dedicated to keeping the memory of the Summer of Love alive and all varieties of restaurants and cafes. My daughter, a teacher, and her husband live here, so do many families with kids. Craigslist started here. Anne Rice lived her in the ’60s.

Gentrification in the Haight Ashbury district in San Francisco

(San Francisco artists and musicians show off their skills every year at the Haight Ashbury Street Fair, the second weekend in June, where you can listen to live music, check out artwork and shop for clothes from local vendors.)

San Francisco is one of my favorite cities and I never tire of visiting. There is always something new (like all the Summer of Love exhibits) and the chance to revisit old favorites like the wonderful interactive Exploratorium and California Academy of Sciences, the farmers’ markets and the ever-changing food scene. I’ve even written a book about it (“The Kid’s Guide to San Francisco”).

Visiting during the Summer of Love, whether you were alive then or not, is an opportunity to explore a recent historical movement that reverberates today in a city that has always appreciated free thinkers. (And make sure to check out the nonprofit online media organization Summer of Unconditional LOVE, which broadcasts stories that were inspired by the ideals and wisdom of the ’60s movements

You can even stay at The Hotel Zeppelin, part of the Viceroy Hotel Group, complete with a giant 12-foot peace sign constructed of repurposed license plates and guestrooms with vintage posters and rock band wallpaper. The kids will like the “Den” arcade with vintage games like shuffleboard and quick-shot basketball. (We are also fans of the newly renovated small Inn at Union Square that offers free breakfasts, Wi-Fi and afternoon social hours.)

Here are 10 places in San Francisco for the entire family to get their groove on this summer:

— Head to the 55-acre San Francisco Botanical Garden in Golden Gate Park anytime July 13 through July 24, and sing along to songs from 1967, thanks to pianos located in the many smaller flower gardens.

— Listen to the spontaneous drumming that you can often find at Hippie Hill in Golden Gate Park. Pack a picnic, including a Boudin Sourdough Peace Bread.

— The Presidio is a national park in the middle of the city that borders on the Golden Gate Bridge, but during the ’60s, San Francisco’s former U.S. Army base was a key link in the projection of American military power into the Pacific during the Vietnam War.

— From April 15 to August 20, the de Young Museum will show off rock posters, light shows and music and pictures from great musicians from the Summer of Love, including the The Grateful Dead and Jefferson Airplane.

— Use photographs to get a new understanding of the era at the California Historical Society’s exhibit “Summer of Love: A Photographic Journey” from May 11 to September 8.

— Check out the autographed Grateful Dead guitar, a painting of Jerry Garcia by Grace Slick and more at the Hard Rock Cafe at Pier 39.

— Take selfies with iconic stars and thinkers of the Summer of Love at Madame Tussauds.

— Take the teens to The Fillmore, a ballroom with a long history of helping to launch the musical careers of major acts like the Grateful Dead, Jefferson Airplane and Jimi Hendrix.

— Experience Flower Power (from June 16 to October 1) at the Asian Art Museum to see the “Flower Power” exhibit — brightly colored artistic representations of what it was like to be involved in the Summer of Love.

Got your tie-dyed shirt? Now the question is whether or not the kids and grandkids will want to be seen with you.