Touring the veritable city of Atlantis in the Bahamas 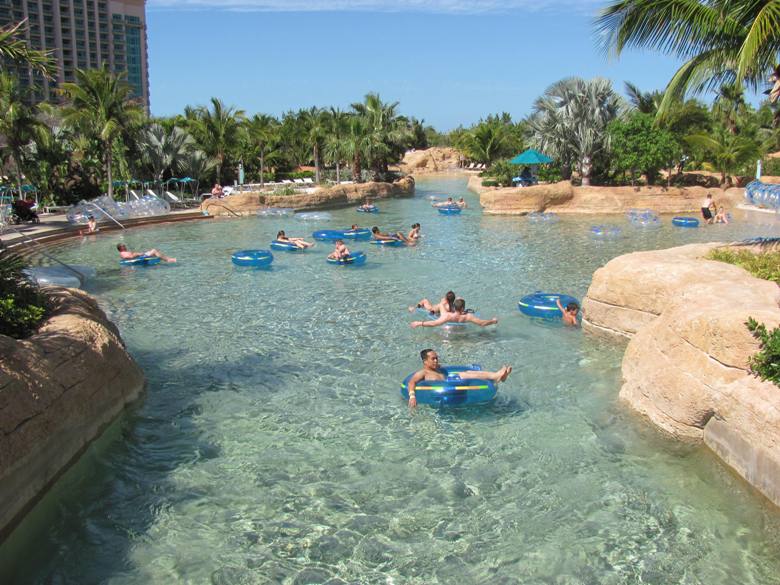 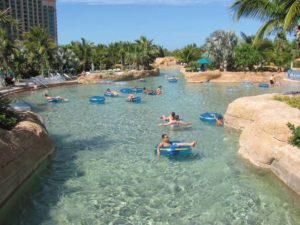 DAY FIVE — In case you were wondering, Nassau is located on New Providence, the eleventh largest lsland of the commonwealth of the Bahamas. Paradise Island, home of Atlantis, is half a mile away. We’re just 180 miles from southern Florida.

No wonder cruise ship passengers pay more than $100 a person for a “day pass.” (Tip:  A room at the Comfort Suites a short walk away can be had for just over $200 a night and with your room key, you get access to all Atlantis has to offer — cheaper than buying a cruise excursion here for each member of your family if you want to spend the day here.

This place is a veritable city — and is the second largest employer behind the government, we’re told.

“I like it better than Disney World,” says Shawn Cantrell, here for the first time with his wife Betty and eight year old son from Kansas.  But adds Betty: “You’ve got to have some cash.”

Heather and Donnie Tigner, here with their four year old daughter Gracie come several times a year from West Virginia. “Come for four nights,” they say. “There’s too much to do for three nights.”

They pack snacks from home too and like Disney World — you need a plan because the place is so huge –from the state of the art Dolphin Interaction Center at Dolphin Cay, the biggest casino in The Bahamas, the Predator Lagoon where you are in an underwater acrylic viewing tunnel watching barracuda and sharks, kids can get introduced to snorkeling in a calm lagoon –7 acres!  Or check out The Dig, the maze of underground passageways and tunnels that are supposed to be the lost city of Atlantis—teeming with sea life.

Take your pick of 13 pools or 9 water slides (how about a 60-foot plunge ending in a clear tunnel in a shark filled lagoon? Aquaventure contains 7 million gallons of water. There are river rapids, waterfalls and water holes. Little kids and their parents love Splashers, with pint-sized water slides, water cannons, rope bridges and overhead, a 320 gallon bucket that regularly showers them. There are the requisite water toys too sea kayaks, pedal boats and water bikes

See you on the lazy River.

NEXT:  A lesson in cigar making