Walt Disney World Turns 50 And Better Than Ever 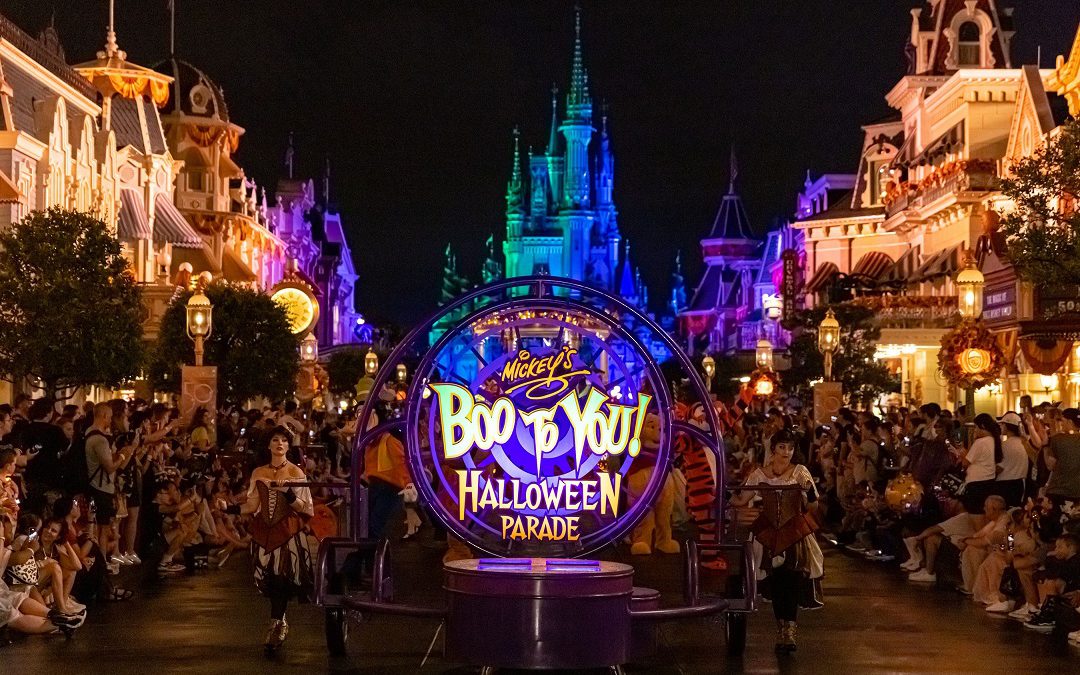 Oct. 1, 2021 marked 50 years of Walt Disney World Resort, kicking off an 18-month-long celebration. There’s been so much new at all four theme parks leading up to its 50th Anniversary. Imagine themed lands far, far away like Star Wars: Galaxy’s Edge or the immersive Pandora The World of Avatar. Experience exciting attractions such as Mickey & Minnie’s Runaway Railway and the twisting Slinky Dog Dash in Toy Story Land among the many adventures that thrill grandkids as much as their grandparents.

Favorite Disney Characters Are Back in Action

Discover new character experiences at The Most Magical Place on Earth. For the 50th Anniversary, Mickey Mouse stars in Mickey’s Celebration Cavalcade. He and Minnie Mouse lead the EARidescent 8 in a brand-new parade down Main Street, U.S.A., including Donald and Daisy Duck, Pluto, Goofy, Chip and Dale, all looking very spiffy in their new shimmering EARidescent fashions.

Character greetings are back! Guests can share up close and personal moments with favorite Disney friends while practicing social distancing. In keeping with current health protocols, face coverings are still recommended for guests who are not fully vaccinated while in indoor locations and enclosed transportation.

While you’re by Cinderella Castle, gaze up at her 189-foot-tall spires and admire the new look. Want to be a part of it? Use the augmented reality feature in the My Disney Experience app to superimpose your family’s own image, taken by a Disney PhotoPass photographer, on the Cinderella Castle Mural of Memories for just $9.99 plus tax.

Disney fans and collectors have so much to be excited about during the 50th Anniversary celebration — beyond the new merchandise.

Take the Disney Fab 50 Character Collection, for example. Disney Imagineers have created 50 golden characters and placed them around all four theme parks. (Tip: Trying to find them is a cool way to explore the parks, too.) When afternoon snooze time rolls around, pose your little ones with statues like the ‘life size’ BB-8 — we were surprised it was so big — a great place to take a family selfie.

Are grandparents celebrating their own 50th anniversary? Supplement those photos with commemorative pressed coins and medallions in a gilded look sure to remind you of your 50th and your visit.

EPCOT Transformation During the 50th Anniversary

Oooolala! We are delighted to see Remy’s Ratatouille Adventure come to life at EPCOT. That theme park, one of our kids’ favorites, has undergone so much transformation. Check out the new neighborhoods: World Showcase, World Celebration, World Nature and World Discovery. We especially like the new adventures designed for adults to enjoy with preschoolers who may be too petite for some of the parks’ most exciting thrill rides. (Tip: Use the Height filter when reviewing “Attractions and Entertainment” to find all the new adventures designed for the whole family.)

Now board the fun rat’s-eye-view vehicles for a 4D culinary adventure under the stove, past chefs and swooping brooms, just like you’re in Gusteau’s Paris restaurant from the Disney and Pixar film “Ratatouille.” Afterwards, slip over to La Creperie de Paris for some of their fresh French crepes. Or, if you are heading toward the front of the park, try the new Connections Café & Eatery in World Celebration.

Look Up! So Many New 50th Anniversary Attractions

Guardians of the Galaxy: Cosmic Rewind, a new family thrill coaster, opened May 27 at EPCOT. If you’ve seen “Guardians of the Galaxy,” then you know it will be a wild ride. By wild we mean it rotates 360 degrees to focus guests on the action and features the first reverse launch on a Disney coaster. Wow! Be sure to explore the Wonders of Xandar Pavilion and check out the new merchandise collections inspired by the attraction at Treasures of Xandar.

At Disney Animal Kingdom Theme Park, look up to catch Disney KiteTails around the Discovery River Amphitheater. The incredibly imaginative 50th Anniversary experience features oversize character kites, many inspired by Disney animated classics: The Lion King and The Jungle Book, that swoop and dance. (Tip: My Disney Experience app will show you the way and is a very handy digital planning tool your whole family can share.)

Immerse Yourselves in the Star Wars Story

Since its March 1, 2022 opening, the Star Wars: Galactic Starcruiser adventure has transported guests to a galaxy far, far away. Become the hero of your own Star Wars story with a two-night stay aboard the Halcyon starcruiser. Here you decide your fate.

Will you follow the rule of the First Order or join the Resistance in a secret plot? Along the way you’ll participate in the ship’s operation, learn to wield a lightsaber, and interact with Chewbacca, Rey and the rest of the crew in a daringly immersive adventure. While space travel is always pricey, keep in mind that your Jedi are growing up fast and now’s a unique time to draw a lightsaber alongside them.

Come evening at Magic Kingdom it’s time for Disney Enchantment, a new fireworks spectacular accompanied by our favorite, a special Magic Kingdom 50th Fireworks Dessert Party. These dessert events (maybe some with sparkles on top) are only part of the special foodie treats and savories that Walt Disney World cooked up for fans. (Tip: These party experiences include reserved viewing for Disney Enchantment, so they’re a great value.)

The next night, catch Harmonious in the sky over EPCOT. As if a feat of magic, floating giant screens, choreographed moving fountains, lights, pyrotechnics and lasers create an immersive 360-degree spectacle over the lagoon. The beautifully crafted show, premiering for the 50th Anniversary, tells a story of global connection set to Disney music.

That’s not all in store to celebrate the 50th Anniversary at night. Beacons of Magic are four new light installations, one in each park happening on select nights, that illuminate one iconic structure with pixie dust, shimmering lights and more. You have to experience these effects to believe how powerful they are.

New lines of clothing, toys, home décor and specialty products combine nostalgia with the latest fashion trends. The Celebration Collection which launched last fall with backpacks, headwear and other accessories decorated with iconography featuring the parks’ favorite attractions and characters, has been expanded with new collectibles.

Wait till you see the crazy styles of the Disney Vault Orange Bird Collection, which splashes that smiling Florida icon on all sorts of apparel. Whether your family covets a retro design from the 1971 grand opening or an EARidescent Shimmer Collection Minnie Mouse Headband, they have you covered.

Follow #DisneyWorld50 on social media for the latest styling through March 2023. Our family will be sad to see the Walt Disney World 50th Anniversary celebration come to an end.

And we’ll look forward to sharing the next Walt Disney World milestone together.