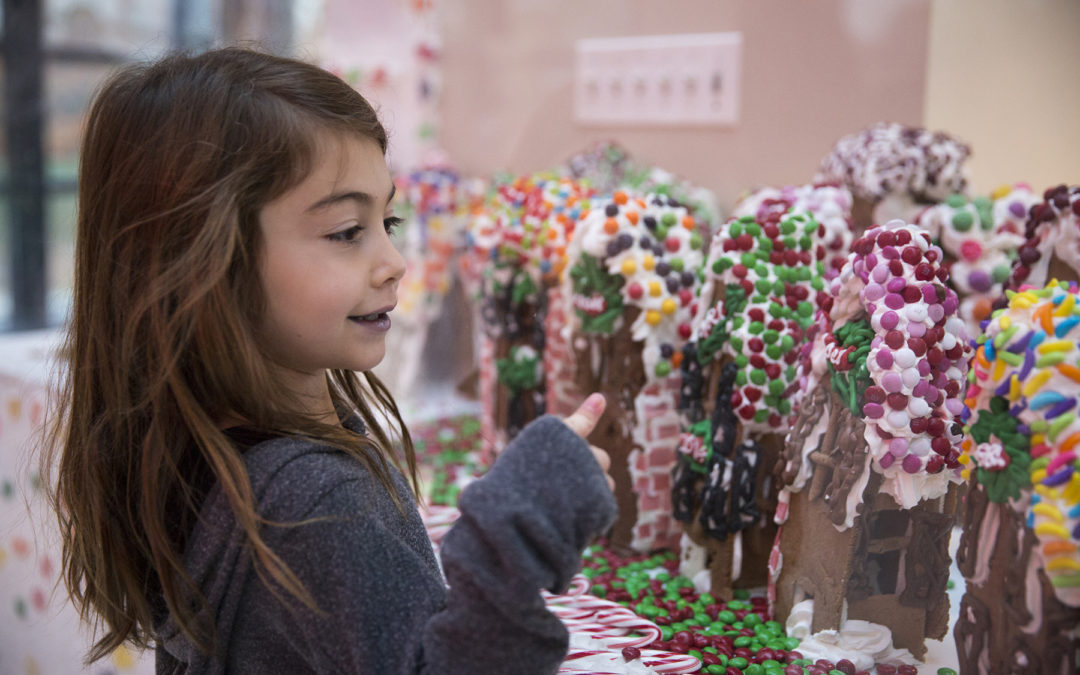 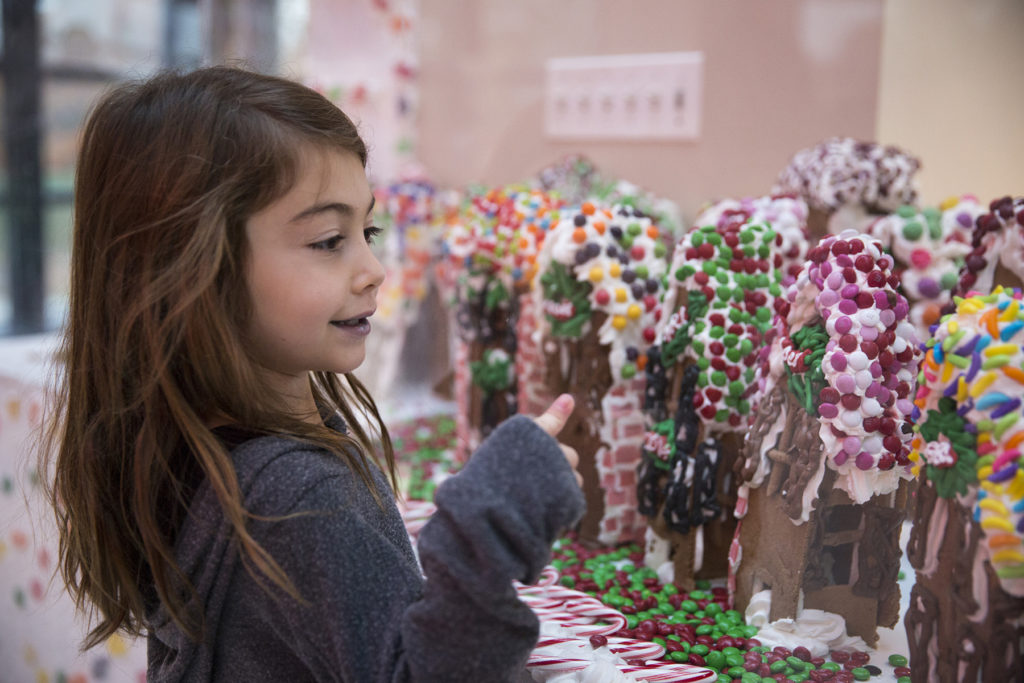 Maybe it’s snow-tubing or racing down an ice slide in Grapevine, Texas.

So what if the snow isn’t real. Those who visit the “Christmas Capital of Texas” don’t care, not with more than 1,400 holiday events — beginning November 12.

For many families, sharing holiday displays, whether at a theme park, a hotel or a nearby neighborhood is an annual tradition that gets everyone away from pre-holiday chores and stress. It’s just these days, you’ll find Santa, elves and millions of lights at the ready long before the Thanksgiving leftovers are gone.

For a lot of Southern Californians, before Thanksgiving, it’s the chance to see Disney attractions re-themed for the holidays like “It’s a small world holiday,” “Jingle Cruise,” “Haunted Mansion Holiday” and “A Christmas Fantasy Parade,” along with all of the decorations and holiday eats.

“We come to Disneyland every year at the holidays,” said Kerry Kirchenberg, whom I met just after Thanksgiving last year as the park was in full holiday regalia. “It’s really crowded, but everyone is in a good mood. Coming here gets me ready for the holidays.”

Maybe for your family, it’s time-traveling back to celebrate the holidays like the colonists did in Virginia or checking out the new ornaments on the Origami Holiday Tree, all inspired by items in the museum’s collections at the American Museum of Natural History in New York. Maybe it’s gawking at the neighborhood that goes all out for the holidays or having dinner in a life-sized gingerbread house at a Great Wolf Lodge where you’ll also find an indoor snowfall every day and, of course, those famous indoor waterslides. The Fairmont Scottsdale Princess goes all out with S’mores land (think a Christmas campfire) a Princess Express train ride through the Lagoons decorated with millions of LED lights, a huge Desert Ice Holiday Rink, four-story Christmas tree and more.

Maybe it’s checking out an entire neighborhood made out of gingerbread, like GingerBread Lane, the world’s largest (at 500 square feet and more than 1,050 structures, going for its third consecutive Guinness World Record) at the New York Hall of Science in Queens, New York.

When I was a kid growing up in the New York suburbs, we always made a trek into Manhattan to see the Rockefeller Center Christmas Tree and all the store windows on Fifth Avenue, waiting not-so-patiently in the cold till we could get a good look at the always wonderful displays along with the crowd. When my kids were small in Chicago, we always went to Christmas Around the World at the Museum of Science and Industry to see all of the Christmas trees decorated to represent more than 50 cultures and traditions. Other years, we were lucky enough to see ski towns decked out for the holidays and watch torch light parades down the ski slopes. 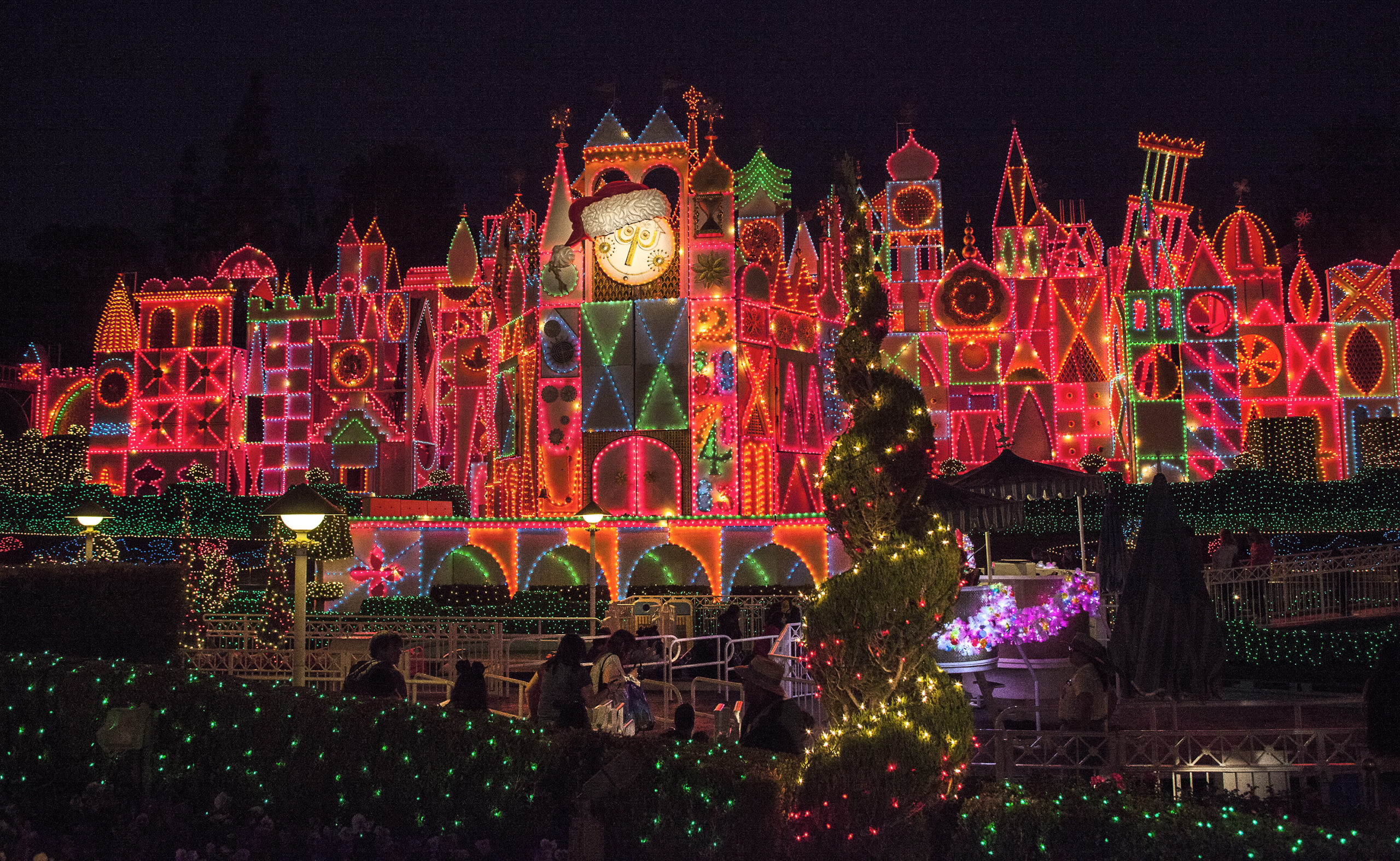 Maybe you think it’s too early to go check out the lights, but it can be a good way to build another tradition into Thanksgiving weekend or carve out some fun in early December before holiday craziness really sets in. In fact, the megasearch hotel site www.trivago.com reports that there are bargains to be had even Christmas week at some of the top-searched cities for holiday travel. (Think $179 in Anaheim, $174 in Orlando.)

Maybe you can manage a night or a weekend at a hotel like Great Wolf Lodge or Marriott’s Gaylord resorts, famous for their ICE! Show. Opt for a weekend night at a city hotel decked out for the holidays and you might also snare a bargain.

Check out the Taking the Kids Guide to Holiday Lights for ways you might want to start a new tradition. And you don’t necessarily have to be in the country’s biggest cities either. Here are six stellar celebrations open by Thanksgiving weekend to get you started:

CHARLESTON, S.C.: The annual “Holiday Festival of Lights,” considered one of the top 20 events in the southeast, features millions of lights arranged in 750 displays along a three-mile route. Visitors will also enjoy attractions like the Enchanted Walking Trail, an old-fashioned carousel, gingerbread house displays and more. November 13 to January 3

PIGEON FORGE, TN: As you drive along in a heated trolley, ask the kids to guess the number of lights (five million) in this resort town’s gigantic “Winterfest“ and compare that to what’s on display at the Dollywood theme park’s annual Smoky Mountain lights and concert events (four million). November 10 to December 31.

VIRGINIA BEACH, VA: “Holiday Lights at the Beach” joins Richmond, Williamsburg, Newport News, Hampton, Norfolk and Portsmouth with holiday displays and a lineup of events for the state’s annual “100 Miles of Lights.” But you won’t have to leave the boardwalk to enjoy the town’s beachfront 40-foot-tall Christmas tree and nautical-themed light displays. Nov 20 to Jan 2.

Just don’t expect perfection. The teens may whine that they don’t want to come; the little kids will whine they are hungry or want to be carried. But everyone will ooh and aah — and leave with a smile on their faces — hopefully.