Confronting Germany’s dark history: how the mighty had fallen 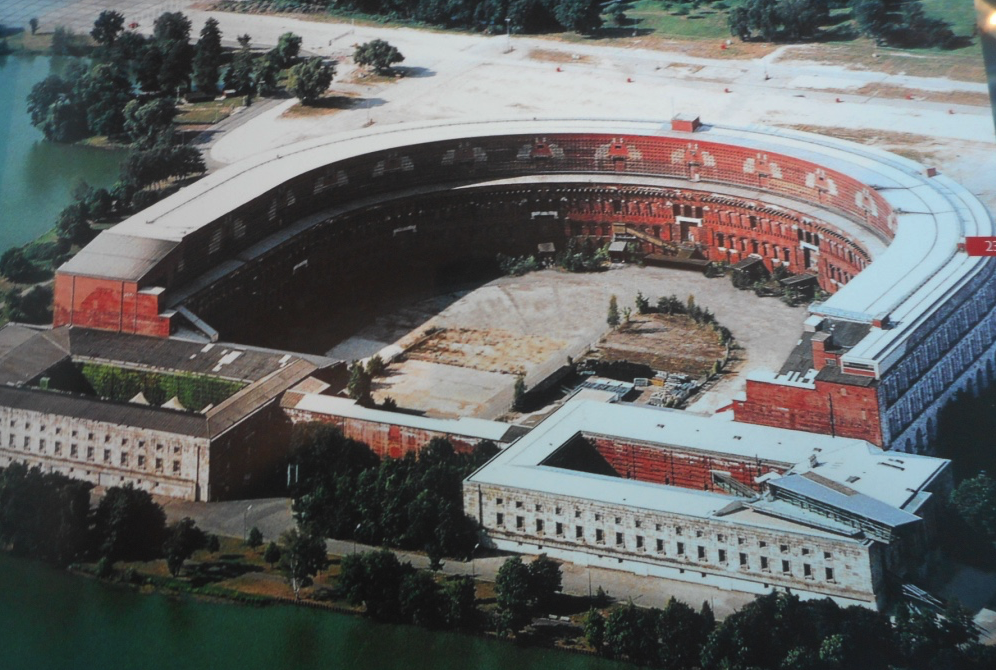 Aerial view of the ‘Coliseum’ in Nuremberg present day

NUREMBERG, Germany – This was the first time, in more than 30 years traveling with our kids and other families, that Eileen and I had ever spent any time in Germany. We started with three days in Berlin then took a Uniworld River Cruise from Frankfurt to Nuremberg on the Main River. The objective of this trip was to experience the colorful Christmas markets with other families, many from Australia others from the U.S. and England. And the markets were every bit as colorful as advertised with all the delicious sausage I could eat.

But all along the way there were reminders of a dark past in this country. In Berlin, we visited a haunting memorial to the Holocaust victims and other places significant for their horrible histories. At the Topography of Terror Documentation Center we witnessed how Hitler’s Nazi Party gained its insidious grip on the population of the entire nation through propaganda and intimidation. As we were about to leave this fascinating museum, I was transfixed by a large black-and-white news photo from the last days of World War II, showing a large group of Nazi Party officials crouched on the floor of a room, guarded by one slouching U.S. Army private with an M1 rifle lying in his lap. I thought, my how the mighty have fallen. 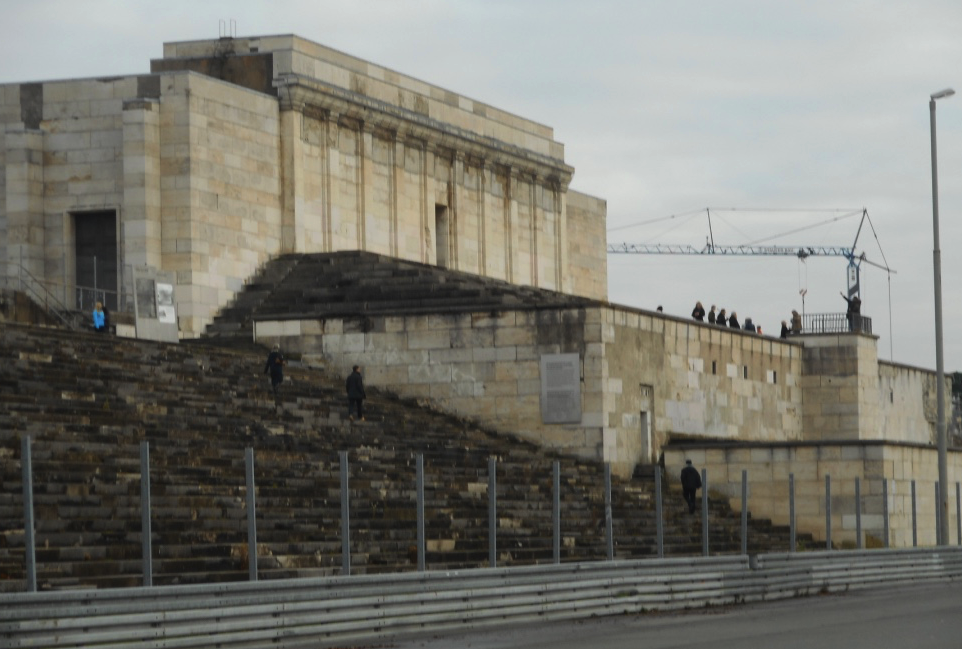 During the river cruise, we were reminded of the war in several towns – Wurzberg, where most of the town was destroyed in about 15 minutes in an Allied bombing raid in the last days of the war. In Rothenberg, a last-minute plea from President Roosevelt’s Secretary of State whose mother had often vacationed there saved the historic town – which had no strategic military value – from a similar fate as Wurzberg.

Nuremberg was also largely destroyed and some might call it poetic justice. It was here that Hitler built and showcased his brutal military might through a series of annual Nazi Party political rallies that drew hundreds of thousands of participants and as many as a million spectators from throughout the Third Reich. Hitler fashioned himself the successor to the emperors of the Holy Roman Empire (which was neither holy, nor Roman, nor an empire) and was determined to turn Nuremberg into an architectural monument to his megalomaniac self-regard. 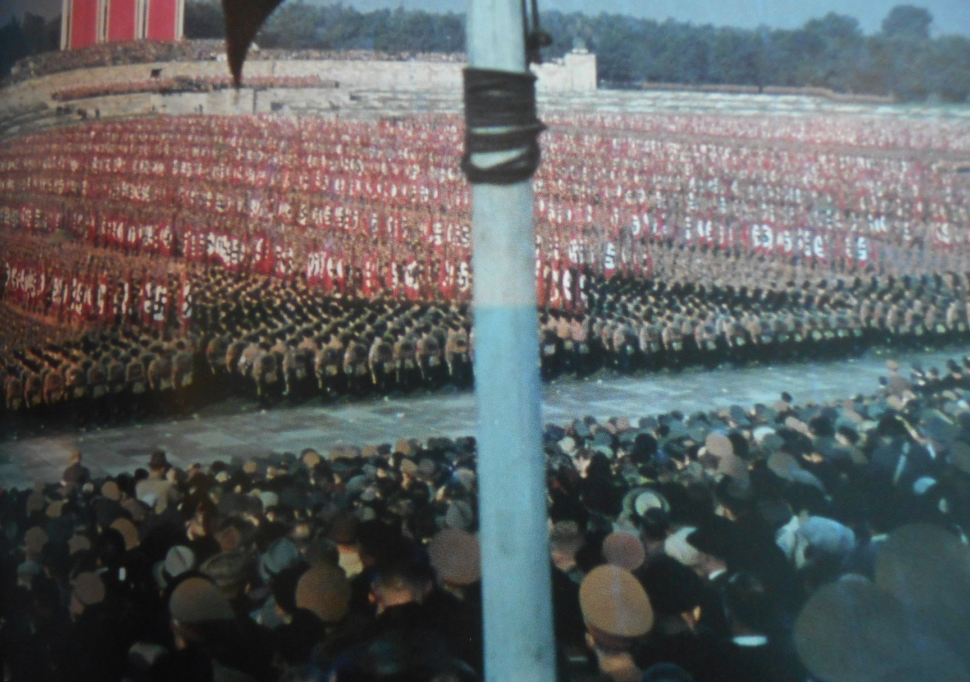 At the Nuremberg Documentation Center, housed in a small portion of a never-finished monstrosity of a building colloquially described as the “Coliseum,” exhibits describe in detail how in the years leading up to World War II, Hitler and his henchmen kept expanding their grandiose plans for this city. They wanted to build a stadium that would seat half a million people and would host the every Olympic games. The stadium never got beyond the excavation stage. By the time Hitler started World War II with his invasion of Poland in 1939, most of the workers had been conscripted into the military.

Our tour guide, Alexander Junge, whose parents were children during the war, described with utter distain how Hitler ordered his architects for the coliseum structure to put a cantilevered roof on top. “The architects were aghast,” he said. “Anyone who knows anything about architecture or engineering will tell you it would be impossible to build such a roof. Fortunately for them, the rest of the building was never finished and the architects never had to tell Hitler the bad news.” 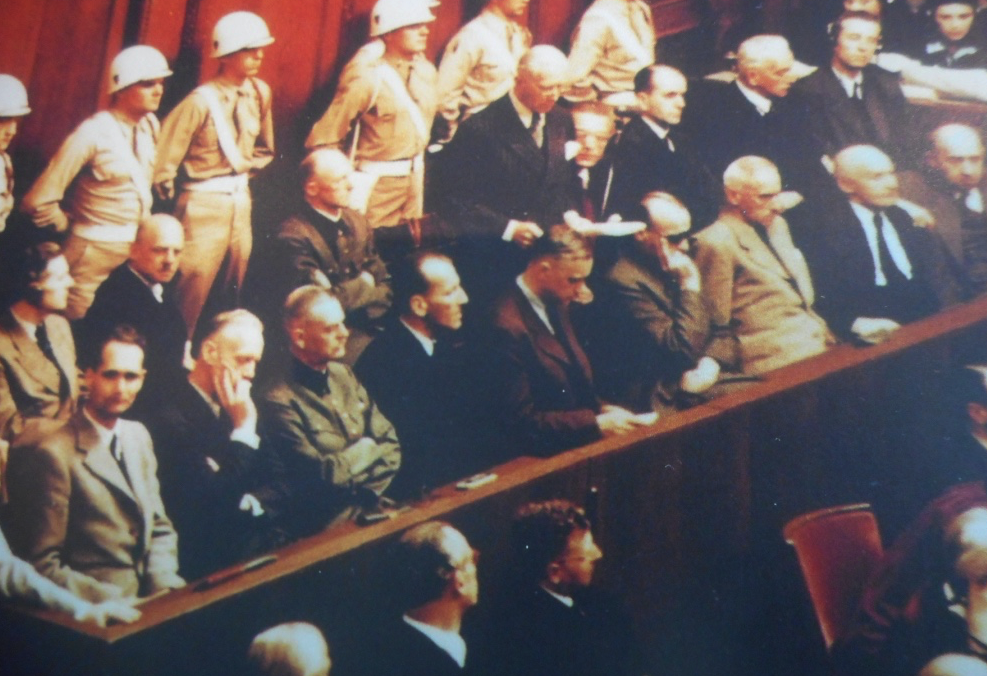 A short distance from the coliseum is the Zeppelin Field, where Hitler built a gigantic parade marshaling ground and where the majority of the annual September Nazi Party rallies were held. It is a truly terrifying monument to evil. Alexander pointed to tourist (whom we will give the benefit of the doubt and describe simply as ignorant) standing at the podium where Hitler once did and giving the Nazi salute. “It is against the law in Germany to do that,” Alexander said. “We believe in free speech but there are a few things that are not tolerated and the Nazi salute is one of them.”

This city was where the famous Nuremberg Laws were crafted, taking away Jewish citizens’ rights one by one—to work in a profession, hold a driver’s license, use a public beach…..

Of the ordinary Germans, Alexander said: “They were never told of the extermination camps. But they never asked any questions and they knew that the Jews were disappearing. Of course, if you were them you might be afraid of asking questions or you might disappear yourself.”

Our final stop on this tour was the Nuremberg Courthouse Room 600. Here in the months and years after the war ended, Nazi officials were put on trial. Many were convicted and some executed, others sentenced to long prison terms. A few were acquitted. Alexander explained the idea of the Nuremberg war crimes trials came from the western Allies – “they came up with this idea because they saw atrocities unheard of ever before. They wanted to conduct fair trials. Stalin just wanted to shoot them all but the Americans felt the need to show that justice was served.” 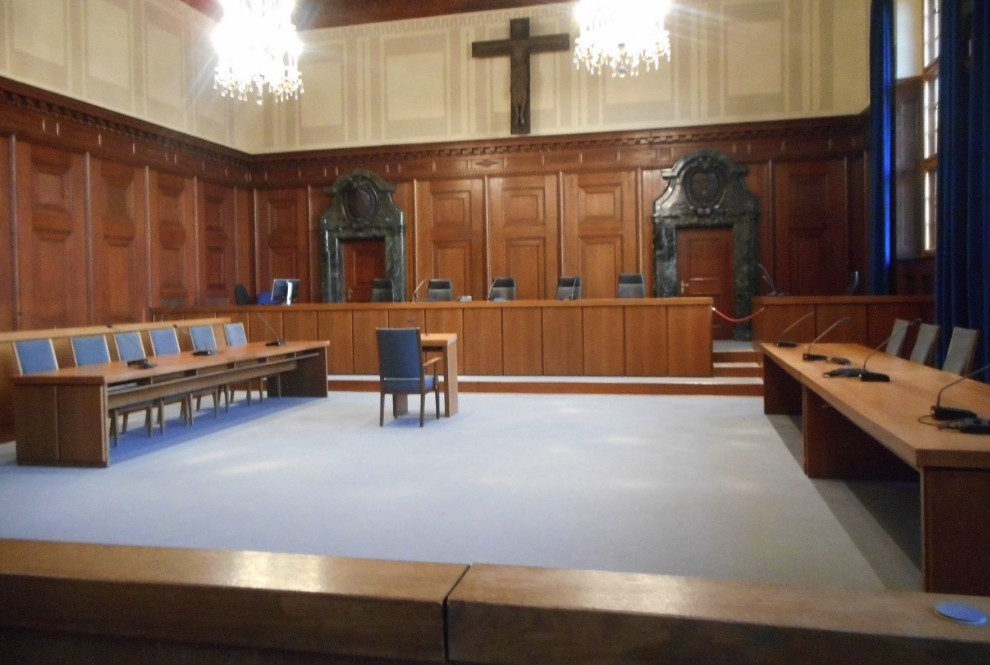 This courtroom is still in use but next year will be converted into a museum, Alexander said. He said it was important that Nuremberg is preserving some of the Nazi relics so that people can be reminded of this dark past – “because history tends to repeat itself.”

We were on a designated family sailing with 16 kids aboard and none of the kids took the afternoon World War II tour, though some of their parents did. I thought it was a wise choice. Unlike the Holocaust Museum in Washington, DC, there was no exhibit to explain the horrors or the trials that followed to children. Middle schoolers would be about the right age—only after their parents had explained the significance of Nuremberg in the build up to the war and holding of the Nazi leaders responsible afterward.

As I kept thinking about all of those architectural monstrosities that we saw on our tour of Nuremberg, I reminded myself of that photo I saw in Berlin of the Nazis crouching in fear at war’s end. How the mighty have fallen, I thought.